Classic platformer Another World is coming to PS4, PS3 and Vita next week 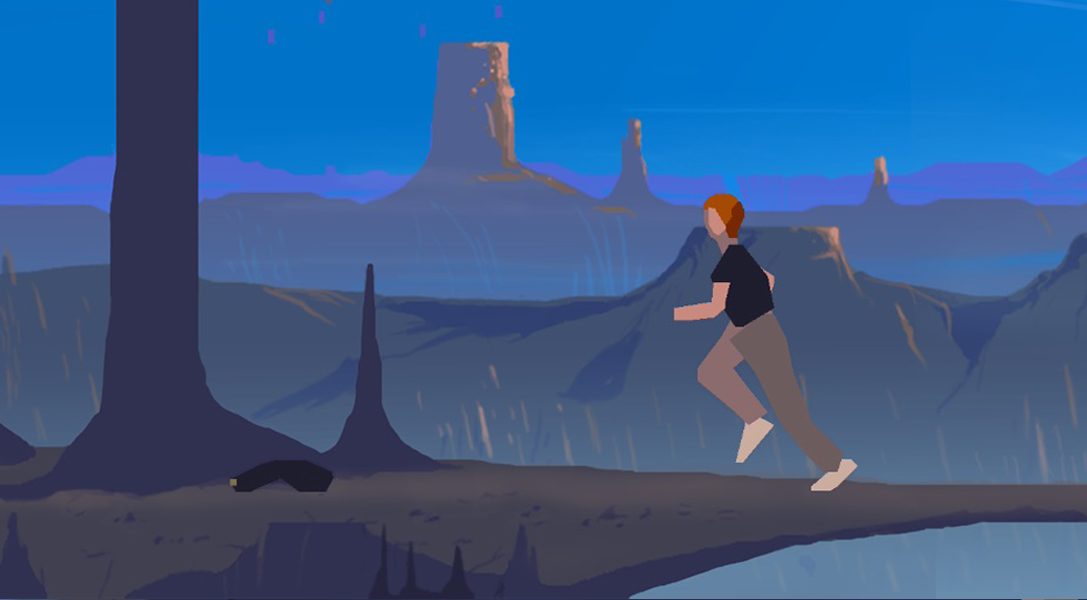 Video game creator Eric Chahi has left his mark on the gaming industry by designing titles that deeply immerse players in strong emotional content. Internationally acclaimed for titles such as The Time Travellers, Heart of Darkness, From Dust and, above all, Another World, Eric has created entire worlds that all bear the undeniable imprint of his personality.

Martial Hesse-Dréville is a Berlin-based engineer and freelance game developer, formerly the founder of Dancing Dots studio. Martial specialises in gameplay programming and handheld consoles. He is a perfectionist who likes nothing better than to fine-tune the details of his projects.

Another World is a part of video game lore and a very special landmark in Eric’s career. It’s a visceral game that Eric put a lot of his soul into throughout two years of development. His suggestive and non-verbal narrative gameplay gripped players’ imaginations, and has been a major influence for many developers. Now, Eric and Martial have teamed up to bring the legendary platformer to PS4, PS3 and PS Vita.

We caught up with Eric and Martial to talk about the challenges of bringing 20 year-old game to a next-gen console.

How did the project get off the ground?

Eric: That is not exactly true, the Atari JAGUAR version was realised last year!

Martial: Ah yes! Well, then we realized it was nice to play it on a console with a real gamepad.

Eric: Seriously, today’s consoles manufacturers are more open to exotic graphics and gameplay than five years ago – especially when it comes from another time. Also I felt very comfortable with Martial’s past experience on consoles.

What were the project goals?

Abrial: Simply to deliver the original experience of Another World faithfully, with the benefits of today’s hardware and a high level of polish.

What changes or additions are being made to the game?

Martial: Since the original version, the re-editions have introduced a number of nice additions, like 256 colors backgrounds, up to 720p resolutions, more checkpoints and remastered sound effects. This version now delivers a full HD experience. The game is rendered at a higher than displayed resolution to enable clean anti-aliased polygon edges. On PS4 that’s a whopping 2560×1600 pixels! The backgrounds have been edited by Eric to a higher resolution and are now displayed in full color. The result is a noise-free, crisper, and more vibrant environment.

Eric: The animations were also refined to remove the rough edges revealed by such a high resolution rendering.

Martial: A popular fan request was to add a music soundtrack like the original game had. The Sega-CD soundtrack was added as an option and the game can now be enjoyed with a cinematic soundtrack. Finally, we took advantage of the PlayStation ecosystem by implementing useful features: cross buy, cross platform trophies and cross save for a seamless experience.

What have the main challenges been ?

Martial: At first the backgrounds took a while to load between each game screen. We employed a variety of tricks like pre-loading, caching and compression to get fast, smooth transitions from one screen to the next.

Eric: Retouching the background in such high resolutions was not so easy. I had to find the equilibrium between details and vectorial design. Recently I’ve been impressed by the visual art of Sword and Sworcery by Capybara Games – how very soft shades of colour can work in pixel art. Finally, I decided to use subtler shades of light than before with some very crisp detail and razor edge polygons.

Martial: But by far the trickiest part was refining the animations.

Eric: Eric: Yes, I wanted to do this because some frames looked really unpolished in full HD. Some of the expressiveness was lost. I knew what to do artistically but wasn’t sure how to improve the original data. Should we create a new tool?

Martial: After thinking about it, we chose to keep using Eric’s polygon editor because he is efficient with it.

Eric: Eric: The original tool on Amiga running on an emulator. A 20-year-old tool that can only display 200 lines, we had to mangle the original data without breaking it.

Martial: After several sessions of data scaling, offsetting and tweaking, Eric was able to preview and edit the full HD data set in his own Amiga editor. A real “Back to the Future” challenge!

When it will be available ?