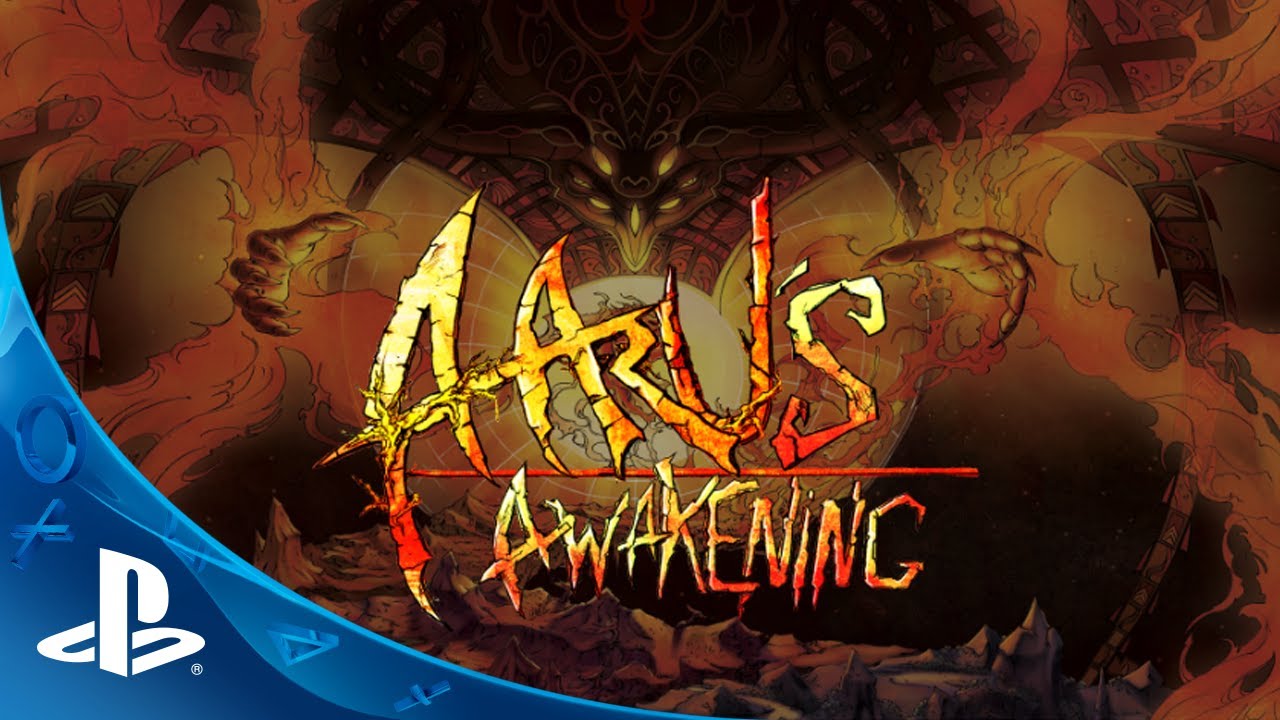 When Aaru’s Awakening started out as a school project at the University of Reykjavík we wanted to create an original platformer. The genre is congested, so new ideas are essential.

Inspired by the teleportation gun in Unreal Tournament we came up with the idea of a teleportation themed platformer. When the project moved from being a mere school project to winning the Icelandic Gaming Industry Game Creator competition – and thus giving us the funding to start a company around the game – we realised that we’d have to do something more than just rely on the teleportation mechanic. That’s when we decided to add the charging mechanic that would serve as a double jump and make certain objects breakable – as it would add fluidity to the game and allow for some intense in-air moments.

We also knew that to really grab the attention of gamers we’d have to create an original art-style – so the art director proposed we do it completely hand-drawn.

The protagonist simply shoots his soul out of his body and then teleports to the destination it is at, at any given time. This is done with the trigger and shoulder buttons preferably – although we do invite people to set up the control scheme as they please. An example would be that you shoot the soul out with R1 and when you see the soul reach a desirable destination you press R2 to teleport to that location.

The charging ability was not part of our original prototype, but added afterwards to have a faster paced platformer. We wanted to force the player to take a lot of split second decisions and keep him on the edge of his seat throughout the experience. The charging ability – which allows the protagonist to dash a few feet through the air – can help players get a double jump, buy time in air and break certain things like walls. One of the shoulder or trigger buttons are thought for this ability as well.

When we first set out to do this project we knew that we had to have a game that was original and different from other platformers on the market – simply because the platforming genre is congested with a lot of good games. Our difference was firstly the teleportation mechanic and then came the idea for the charging ability to add pace to the game – but we wanted the game to look different as well.

With the traditional approach based heavily around line work we were able to achieve a certain charm which gives the feeling that a real person was behind the art – especially since a lot of the line work allowed us to be quite rough and sketchy. 3D art work for example can become more mechanical (even though it looks awesome) and the connection between the viewer and the artist is often lost in translation.

Initially we wanted the whole game to be done on paper, but after our vertical slice we realised that with two artists we would be working 24/7 for the next decade. So in conclusion we wound up doing all the line work on paper and using watercolours for texture, but major colouring and touch ups were done digitally.

Our aim was always to do something new, something original and something intuitive. After all, that’s exactly what indie games are all about. We’re not competing against AAA games, we’re offering something different and taking chances that big budget companies with shareholders are not capable of doing.

After two years of sleepless nights we are anxious to see if the risk will be rewarded and if people will enjoy our game. Our aim is to gain enough capital from Aaru’s Awakening to finance our next project – that we already have lined up. The game’s release is to be announced this summer and will come simultaneously for PS3 and PS4. We would love to hear from you guys in the comments and tell us what you think, shoot us questions or whatever you can think off – I’ll make sure to answer!