How retro actioner Gunslugs made the jump to PS Vita 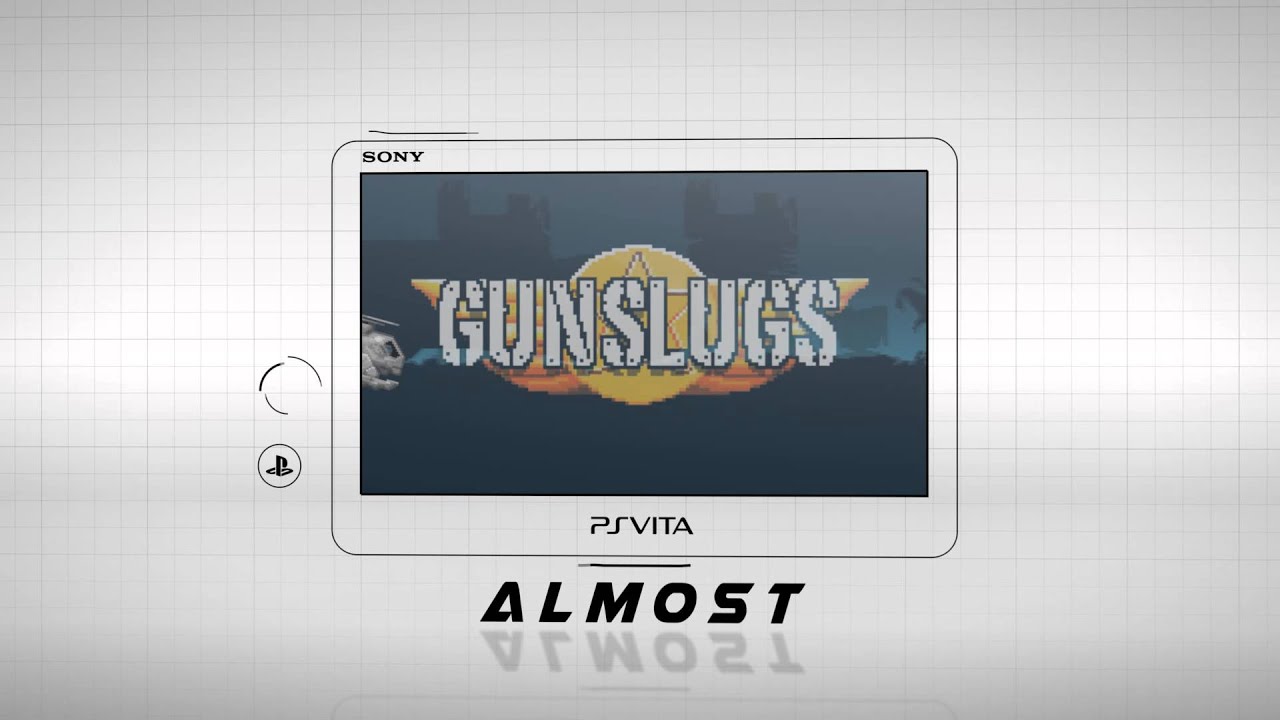 Take a glimpse behind the scenes of the “adaptation” process

Hey everyone! I’m extremely excited that Gunslugs is finally coming to its natural home on the PlayStation Vita this Wednesday, 19th February. To celebrate the launch, we’re offering a 20% discount for all PlayStation Plus members during the first week, so don’t miss out!
For the occasion I figured I’d give you guys a sneak peak at the porting process of Gunslugs; or as we like to call it, an adaptation process. As I have no technical skills whatsoever, I interviewed Rutger Janssen, one of our elite programmers and Ralph Egas, CEO and Abstraction Games Mastermind who both were involved with the Gunslugs adaptation.

Could you tell us a bit about the adaptation process? How does something like this work?
Rutger: After we determined the base version the first step is to strip the game code of all the platform specific functions; only the game code remains. Then we take it through our in-house developed tool chain so the basic language is converted form Objective C to C++. Unfortunately, tools are never perfect so here and there I needed to manually update the code.
As the original platform handles things differently than the PlayStation Vita, we need to add placeholder code, called “stubs”, to make sure the code starts to compile. Once all the things that prevent the code from compiling are fixed we slowly replace the stubs with actual functioning code to make sure we get something visual on that beautiful OLED. This process continues up until we have the original game running on its new home.

Then the fun begins, right?
Rutger: Yeah, then it’s time to add the PlayStation Vita specific functions. We spent a lot of time tailoring the game. We’ve added Leaderboards, Trophies and Cloud saving and we made sure the game texts were properly localized to different languages. I know you spent ages finding the right font to work with the special characters!
Don’t remind me, it took forever…
Rutger: That basically leaves us with a complete game, but the process doesn’t stop there. We then take it through some serious testing, both in house and using a specialized testing agency to fix bugs in both the PlayStation Vita specific code as well as some bugs in the original code. After that rigorous testing Sony QA tracked down some final bugs which we cleared as well.

Did you think it was an easy adaptation?
Rutger: Yeah, we did it pretty fast. We learned a lot thanks to our earlier experience with Hotline Miami on the PlayStation Vita, so this was a smooth ride.
Ralph, you told me Gunslugs was a special kind of adaptation for us. Could you tell us a bit more?
Ralph: Well, this is one of the first adaptations where we created a special tool chain that allowed us to convert one coding language to another, allowing the basics of one language to easily be translated to another. When we did Hotline Miami we gained experience using some of these tools, so we further developed this tool chain for Gunslugs, which worked really well.

In fact, now that we did Gunslugs, other Orange Pixel games will benefit and become easier to adapt to PlayStation Vita for us. Some of you might have heard that Heroes of Loot, Orange Pixel’s latest piece of sheer brilliance, is due later this year on PlayStation Vita, so be sure to check this place out in the future.
We hope you’ll enjoy Gunslugs when it hits PlayStation Store, but we’re also curious to hear from you guys what other games from Orange Pixel you might be interested in. Feel free to let your voice be heard in the comments below, we’re listening!