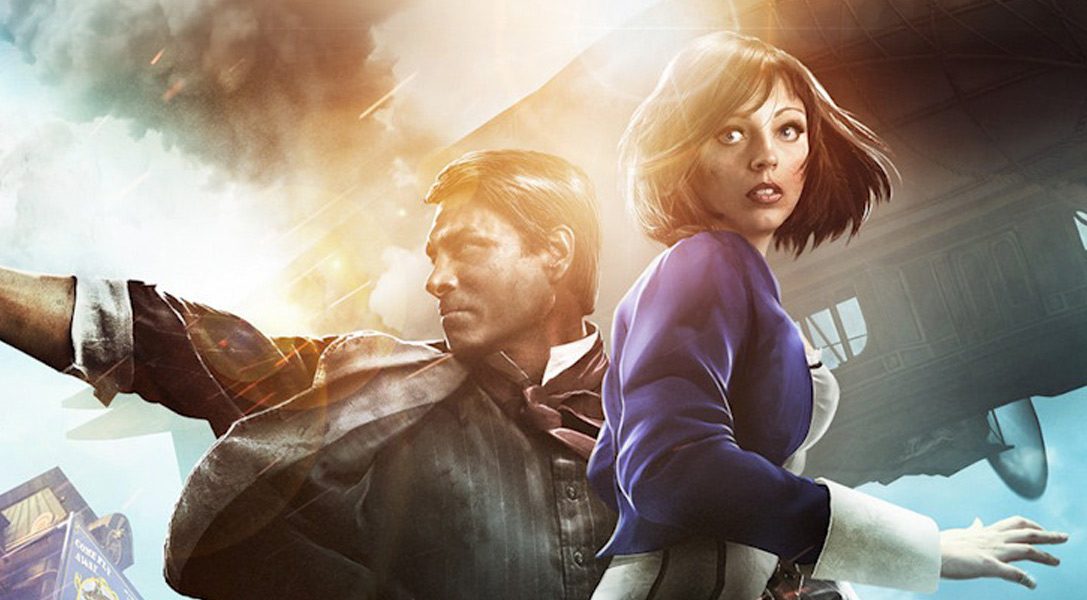 Find out which titles are joining Instant Game Collection this month

UPDATE: As detailed in the original post below, when we announced the PS Plus games for February we explained that the PS4 title Outlast would not be available in Saudi Arabia, Qatar, Kuwait, UAE, India and Turkey, and it was still awaiting classification in Germany and Australia.

Today I’m happy to confirm that Outlast has passed classification and will be available for German and Australian PS Plus members to download this Wednesday. I can also now confirm a replacement title for members in Saudi Arabia, Qatar, Kuwait, UAE, India and Turkey: you’ll be able to download the PS4 version of acclaimed musical platformer Sound Shapes (with PS Vita/PS3 Cross Buy) from 5th February.
ORIGINAL POST: It’s time for our first PlayStation Plus update of the year! Sit back, relax and let us walk you through the great games that are coming your way in February.

PS4 owners, make sure you pick up the simply terrifying Outlast from the team at Red Barrels*, from 5th February.
You’ll take on the role of independent journalist Miles Upshur. Acting on a tip from an inside source, you break into Mount Massive Asylum, an abandoned home for the mentally ill in the mountains of Colorado, hiding shocking, unnatural secrets. Once inside, your only hope of escape lies with uncovering the horrifying truth at the heart of Mount Massive. Will you make it out alive?

And don’t forget, a PlayStation Plus membership also provides you with access to PS4 online multiplayer.
*WARNING: Contains adult themes. Only suitable for those 18 and over. Please note that this title will not be available in the following regions: Saudi Arabia, Qatar, Kuwait, UAE, India and Turkey. We will update you on a replacement title as soon as possible. In addition, Outlast is still awaiting classification from the ratings boards in both Germany and Australia. Again, we will update you as soon as we have more information.

If Outlast wasn’t scary enough for you then why not immerse yourself in the haunting, desolate ruins of post-apocalyptic Moscow in Deep Silver‘s terrifyingly adventure Metro: Last Light.
Picking up from the cataclysmic events of Metro 2033, returning hero Artyom is now a Ranger, and D6, the secret underground vault discovered at the tail end of the last game, is your new ‘safe’ haven. Chock full of food and supplies it’s become the Metro system’s most coveted station city. Unfortunately for you, that also means you’re now squarely in the crosshairs of the underground’s more hostile inhabitants…

Next up, the winner of over 85 awards – BioShock Infinite!
You assume the role of former Pinkerton agent Booker DeWitt, sent to the flying city of Columbia on a rescue mission. His target? Elizabeth, imprisoned since childhood. During their daring escape, Booker and Elizabeth form a powerful bond – one that lets Booker augment his own abilities with her world-altering control over the environment. Together, they fight from high-speed Sky-Lines, in the streets and houses of Columbia, on giant zeppelins, and in the clouds, all while learning to harness an expanding arsenal of weapons and abilities.

First up on PS Vita this month is Tecmo Koei‘s cult favourite Dynasty Warriors Next, which sees you doing battle with hoards of enemy troops in a breathless action game.

Our final offering this month comes in the form of ModNation Racers: Road Trip where racing comes to life with a library of over 500,000 tracks available online combined with an extensive customisation and level editor system. You won’t fail to have a great time playing this little gem of a game.

In summary:
Leaving PS Plus:

Don’t miss out! Make sure you add any of the games scheduled to leave the service to your download list now to ensure you get to play them!
On top of the great games above, why not head over to PlayStation Home and check out free-to-play 3D city-building game Home Tycoon. Create your dream city, fly helicopters through the skies, race up to 16 friends online, enjoy interactive thrill rides and unlock free rewards in the Home Tycoon: New Heights expansion. As an added bonus, PlayStation Plus members get 120 Gold Coins after completing the tutorial.
Not a PlayStation Plus member? Then join today from just £5.49/€6.99 per month. To find out more visit our PlayStation Plus site .
Remember, if you’ve not got access to your PS4, PS3 or PS Vita then you can also buy through our online store .