Need for Speed Most Wanted: 4 things you need to know 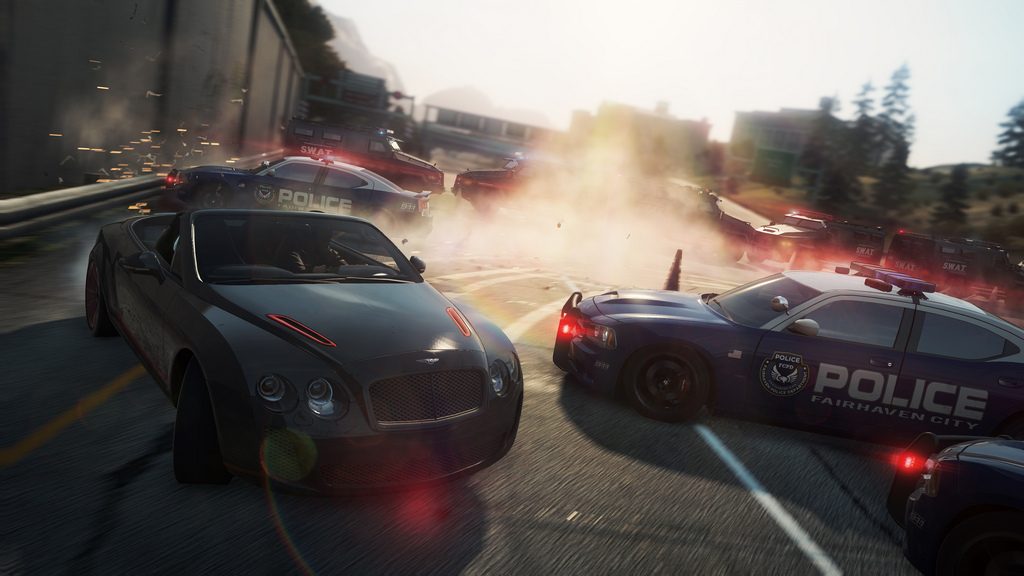 Hey, it’s great to be back on the PlayStation.Blog. We’ve been working hard on Need for Speed Most Wanted, our second Need for Speed game after 2011’s Hot Pursuit. I’m pleased to tell you that we’ve just put the finishing touches on the game, and we’re winding up the online servers to take a beating from you guys come launch day – October 30th.

It’s a pretty exciting time for PlayStation fans, and we’re really excited to be able to talk not just about the PS3 game, but also our first for PS Vita. If you don’t know anything about Most Wanted, here’s the deal. The original Most Wanted was our favorite Need for Speed game. We loved the epic cop chases, hot cars, and most of all that unbeatable sensation of fast, reckless driving while on the run from the law.

So after finishing Hot Pursuit, we set out to create a game that brought you all these great elements, but fresh for 2012 and with a little Criterion DNA running through it. That means it had to be about online, friends and competition, with a Most Wanted twist.

There’s a whole lot of game to talk about, but here are four things you really need to know.

You get to drive amazing cars like a maniac through a big open city, get in massive chases with the cops and ditch them in style. The whole game’s pretty much designed so you’ll want to break the law. Restricted area? Bust into it. Speed camera? Rip past it. Jump? Hit it. Parked car? Steal it. Cops? Not an issue.

In Hot Pursuit, we introduced Autolog. We started tracking everything you did and comparing it with your friends in leaderboards called Speedwalls. Autolog turned your newest and most hotly contested events into play recommendations and notified you and your friends to reheat the competition.

This time, Autolog lets you leave your mark across your friends’ games. It displays record speeds, pursuits and jump distances throughout the city. Cruise past any speed camera, Jack Spot or jump to view its Speedwall, and then take a run up, hit the gas and see if you can top it. Hit the biggest air off any billboard jump, and we’ll display your face on the billboard. Your friends will need to beat you to get rid of it.

Everything you do earns you Speed Points and eventually increases your Speed Level. Earn more Speed Points than your friends to become the Most Wanted.

3. You can drive pretty much every car from the start

This is hard to get your head around, but bear with us. Grinding through hours of gameplay to get the cars you really want to drive doesn’t actually make sense, when you think about it.

So, most of the cars in Most Wanted are just parked up in hundreds of Jack Spots throughout the city. If you find one, you can just switch to it. Obviously, there are still great unlocks waiting to reward the most skilled and dedicated players, but if you want to drive a 918 Spyder, Evo X, RS500, V12 Vantage and many, many more, you’ve just got to get out there and find them.

Each car has a series of events, designed to showcase its unique qualities. Master each car in your own time, and you’ll earn Speed Points and rank up. Score enough and you’ll earn the right to take on 10 of the hottest cars in the game – the Most Wanted Racers. Beat them all one-on-one to become Fairhaven’s Most Wanted. Swing the odds in your favor by modifying your car with such pursuit-busting delights as: Reinforced Chassis, Reinflating Tires, Impact Protection, Powershot Nitrous or Track Tires.

4. Our multiplayer is way more than just racing

It wouldn’t be Need for Speed without killer racing, so that’s the heart of our online, but we also wanted to mix it up a bit. It’s still tight, competitive and fast, but there are some twists.

Every Race starts with a Meet Up. Race there, jostle for position, watch for the start and boot it. Time your move right for a headstart. Get it wrong, and you’re a sitting duck. In Speed Tests, you get 90 seconds to set a high score. Hit the longest jump or drift, be fastest through a Speed Trap or set the fastest time between checkpoints. In Challenges you do stuff like hit 5,000 yards of drift, accumulate 2,000 yards of jump distance, access a rooftop or jump over each other. Anything goes!

PS Vita represents a huge step for us.  We managed to crowbar the entire PlayStation 3 game onto the system. Almost all the races and events, the online play (albeit with four players rather than eight) and the massive open world is right there in the Vita version, plus a few more that are exclusive to the system.

That’s pretty cool on its own, but everything you do on your PS Vita copy earns you Speed Points, inching you closer to that top spot on your friends Most Wanted list.

And that’s not all! We love to play with new hardware, from Burnout Paradise‘s Mugshots (using the original PS Eye) to the full online multiplayer in Burnout 3: Takedown (in the very early days of PSN). So we thought we’d see what we could do with the PlayStation Move Racing Wheel.

You can use it to control the car, obviously. When you’re happily ripping through town, it glows green, but attract the interest of the cops, and it flashes red and blue. Hide out in a CoolDown spot, and it’ll glow cool blue.

We’re out on 2nd November – hit this link to pre-order from EA, or head over to the PlayStation Store to pre-order your digital copy now.