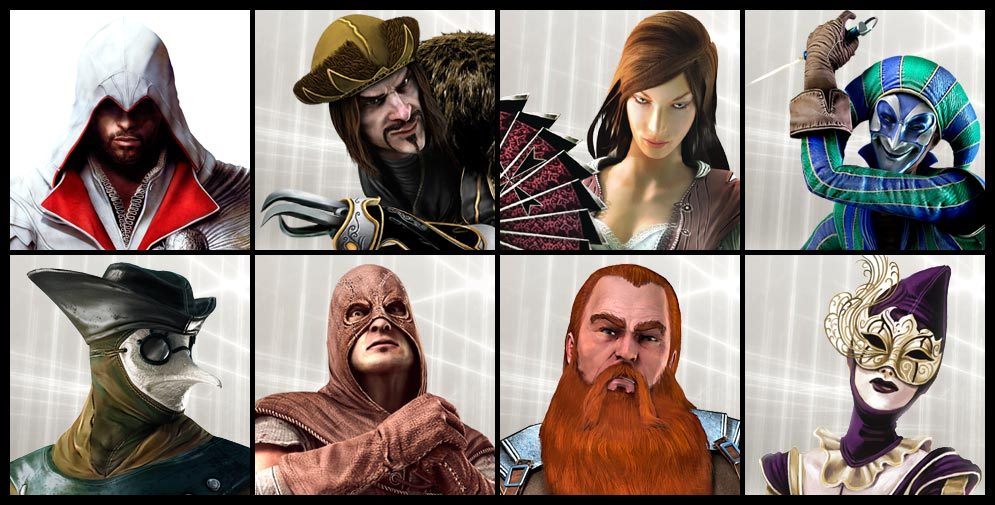 We are very pleased to announce that Assassin’s Creed Brotherhood will be available for digital download over the PlayStation Network Network on August 3rd, 2011 for €29.99/ £23.99. In addition to the game, we’ll also be releasing a set of 10 avatars at a price of €0.49/ £0.40 each. Two of these avatars, Ezio and the Harlequin, will be exclusive to PlayStation Plus users and come free with purchase of ACB HDD.

Also, as a special promotion, we’re dropping the price of the digital download version of Assassin’s Creed 2 (with the DLC bundle added in for free, including Sequence 12, Sequence 13 and all unlockable content) for PlayStation Plus members by 20%. The DLC will be available to Plus members at no extra cost after they have bought the full game.

The original Assassin’s Creed will be offered 50% off for digital download, only for PlayStation Plus members.

Now you can catch up on the entire story of Altaïr, Ezio and Desmond so you’ll be totally prepared for the release of Assassin’s Creed Revelations this November.