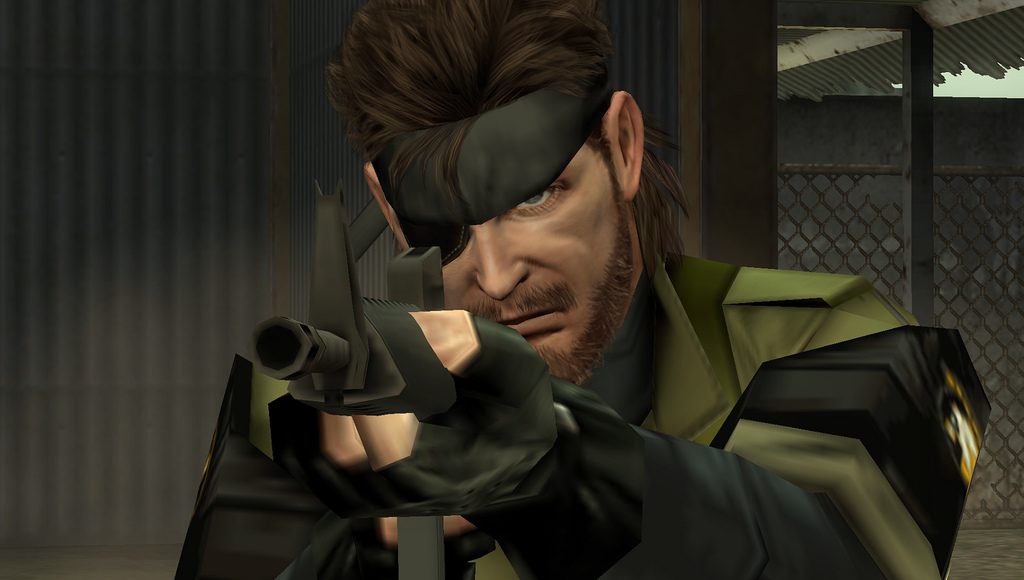 We caught up with Kojima last week at an appearance in Mexico City and he was eager to speak with PlayStation.Blog readers. Enjoy the Q&A, and leave your favorite Metal Gear moments in the comments!

PlayStation.Blog: Metal Gear Solid: Peace Walker was designed for PSP — a portable device. What changes did Kojima Productions make to the upcoming PS3 version so it could be enjoyed on a high-definition home console?

Hideo Kojima, Director, Kojima Productions: The PSP obviously has fewer buttons than the PS3 controller, and it had some limitations when it comes to control. Using the DualShock 3, movement of many things improved…as did, of course, [the addition of] rumble support.

On the PSP, it was also hard to tell some textures apart. Now, rendered in HD, they are are much easier to see. The in-game text is also easier to read.

PSB: Your process of “transfarring” will allow PSP players to take their Peace Walker save files from one console to another, and we will also see similar cross-play support with the PS Vita. Do you expect this to be the future of gaming? Is it a concept that you would like to explore beyond what already has been announced?

Kojima: Peace Walker is the first step. It is a PSP game in HD that lets one go back and forth between one PSP and a PSP. The next step is to take PS2-quality games, such as Metal Gear Solid 2 and Metal Gear Solid 3, to HD and then to take them to Vita transferring.

My next step is games that will come out for the PS3 from now on, so I can take advantage of this technology with the Vita with content that is exactly the same. I hope that cloud service is available now, and it would be ideal for me if transfarring were to serve as a bridge between the two services.

PSB: Just before E3, a glimpse of what will be its new graphic engine (FOX Engine) was shown. What would you say are their greatest visual benefits? Is there anything that stands out in this technology that you can tell us about?

Kojima: For now, FOX Engine has high performance in developing games on multiple platforms; I think that is the most prominent feature. At this point, it is not an engine that has anything particularly prominent when compared to what’s on the market. From now on, we hope to add features and functions that stand out from other engines.

PSB: Okay, PS Vita has already been revealed. Are you interested in the console? What are the features that draw your attention most to a portable device?

Kojima: As for the multitouch pad on the back of the console, I do not want to force users to use it. The PS Vita has cutting-edge technology and it’s the best there is – especially with integration with the PS3 – and I am very pleased I can offer it to users.

PSB: With the commercial success of L.A. Noire, and the return of cyberpunk with Deus Ex: Human Revolution, do you believe that there is a market for a new Snatcher game?

Kojima: L.A. Noire is a game that I really like, but unfortunately I have not played it. I think it is coming out in Japan today, so when I return, I intend to play it. This idea of an open world in 3D is very good, and I would love to do something like Snatcher, but I do not have the time or the means to do so. But if anyone else would like to develop it, I would love it.

NOTE: A few hours after this interview, Hideo Kojima, in collaboration with Suda 51 and Akira Yamaoka, announced a radio drama called “Sdatcher” based on Snatcher.

PSB: What qualities do you think a game designer needs to be hired in today’s industry?

Kojima: Right now, it’s very similar to movies: You need a lot of money. So rather than doing what you want, doing what you like, you must have a clear idea of marketing and sales. That’s what’s happening to us with FOX Engine; you do not need be an expert in programming to develop a game, but if you have a question, you still need an expert on-hand to provide an answer.

As for expression, that has reached a high level. Video games are trying to reach the peak of entertainment, so game makers should be clear that things like emotion and sound are among the many things that have to be involved.

PSB: How has your perspective from your business point of view and as a game developer changed, now that you are Vice President of Konami Digital?

Kojima: I would like to not change. My priority continues to be to create and produce my own games. Now that I can do this well, I can generate more time to help in other company products, especially in creative ways.