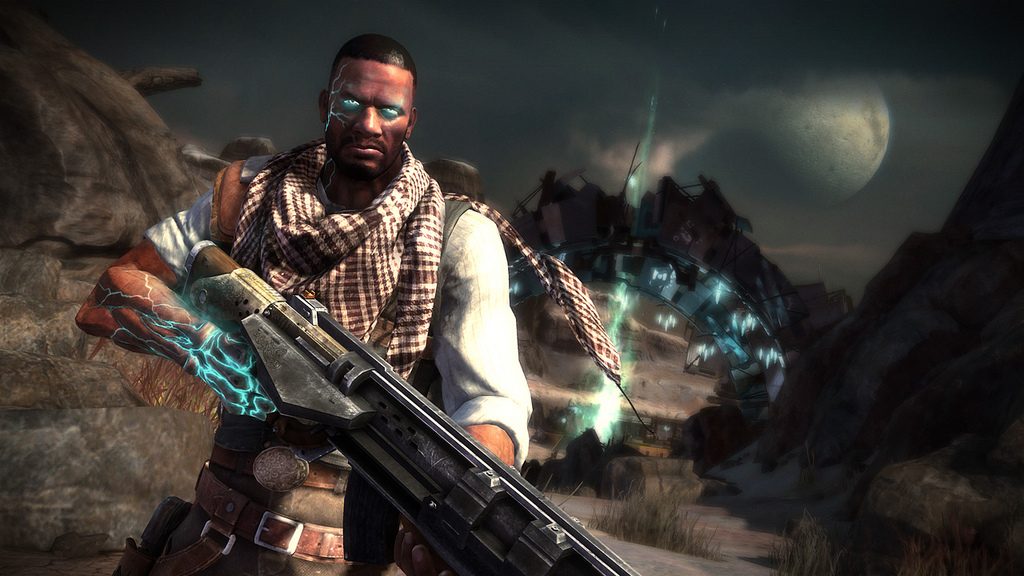 As expected, E3 2011 was crazy fun and a gamer’s dream come true. Every year E3 gets bigger and badder but this year’s show was special for us: we finally got to unveil our multiplayer Capture the Flag mode for Starhawk! So far, the feedback has been great. Starhawk was nominated for a bunch of E3 awards, including Best Shooter, Best Multiplayer and Best PS3 Game from G4TV.

During E3, the PlayStation.Blog team streamed live demos for a host of PlayStation games, including this 20 minute-long Starhawk tour that really shows off one of our single-player missions. Check it out above!

Here are a some impressions from members of the press that played Starhawk at E3:

“What stuck out was the combat from the air, the power of the Hawks, and the surprisingly convenient ability to jump seats in a moving vehicle.”

“We’re definitely excited to see more of this game, including its extensive single-player campaign.”

“Starhawk is full of the same brand of intense aerial dogfights and on-foot combat, takes the war to the stars, further complicating matters with an injection of real-time strategy.”

“[PlayStation] could have a new king of multiplayer on its hands.”

“Even in its early state, Starhawk shines with polish….the game’s not due for another year, but it already sported a rock-solid framerate and some of the best visuals for a multiplayer game on the platform.”

We definitely appreciate E3 awards…but honestly, what meant the most to us was the feedback and love we got on the floor from fans just like you. We were thrilled that players walked away from the kiosks genuinely liking the game — that’s what counts to us. We even had a huge Warhawk fan fly all the way from Brazil just to play Starhawk at E3…and she played for all three days! And we couldn’t forget our Canadian friends that stopped by the booth to say hi. It’s always a thrill for us to meet loyal Warheads….especially when they seem so normal! Go figure.

At this point, we know we have a long way to go and it’s our job to bring you a game that lives up to your expectations. Our challenge now is to get the game into as many hands as possible. We’ll be at Comic-Con in San Diego July 21-24 so please come on by and check out our game! We’re going to tell you more about our solo campaign and the Starhawk universe during the show, so stay tuned.