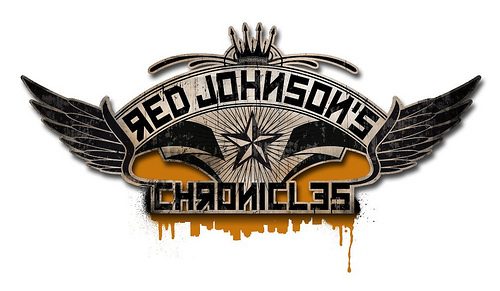 I immediately fell in love with this innovative Crime-Noir Adventure and many gaming journalists have picked up the game and came to the same conclusion I did: it is a real gem.

One of the advantages of my job is that, if I like a game, I can get in touch with the developers and talk to them to find out more background. The following interview is with Djamil Kemal from Lexis Numérique and I sure hope that you enjoy the interview as much as I enjoyed the game.

PSBlog: With titles like eXperience112 and In Memoriam, fans developed a specific expectation towards Lexis Numérique games. What is the gameplay like?

Djamil: Thanks for the compliment (smile). At Lexis Numérique, we always try to bring innovation because it’s in our DNA. In Memoriam (aka Missing: since January) was one of the first wide scale Alternate Reality Game and Experience112 tried something new in the adventure genre by not letting you control the main character but her environment.

As in classic adventure games, you’ll have to explore different environments, talk with different characters and try to unlock situations. But in addition to that, you will also have to carry a real investigation: search for evidence, analyse your clues, compare them with each other to find a match, confront your witness to put them over the edge. And last but not least, you’ll have to use both your brain and your fists. To achieve your goal, you’ll have to crack many puzzles that are original and that perfectly fit the script. You will also have to fight sometimes. The action sequences are based on Quick Time Events: you don’t need dexterity, but you have to quickly press the right button at the right time to give a jab, a little bit like in Heavy Rain for instance.

In addition to the mere gameplay, we hope that the overall game will prove to be very ambitious for a downloadable game. This 8 to 10 hours long investigation/adventure is set to highly detailed backdrops and we gave much attention to the soundtrack and voice acting.

You can have more information on our site or on our facebook page.

PSBlog: Where do adventure games stand in the modern gaming world?

Djamil: Adventure games seem to have suffered a lot those past years. This can be partly explained by the fact that adventure games were mainly PC focused and that most of the non-core gaming market has moved toward home consoles.

Contrary to what it seems at first sight, we think that adventure has not disappeared but has spread. During the past years, many of the best-selling games have worked because they have a very strong scenario and a deep background. No one would say that Mafia, Grand Theft Auto, Red Dead Redemption or Black Ops are adventure games, and yet everyone praises the script writers. Hence, going back to the roots and creating adventure games today for gamers that are not into action makes sense.

PSBlog: What are the inspirations behind Red Johnson`s Chronicles?

Djamil: Obviously, we were really inspired by classic 50′ and 60′ Noir movies for the scenario. But movies like Pulp Fiction also have their part, as dark humour is an important part of the game.

For the environments, we were impressed by director Jean-Pierre Jeunet’s (Aliens) more personal movies like Delicatessen (anachronisms, packed city) or the vision of Arkham City in Batman (huge city with small streets). Metropolis City, in which the game takes place, is a mix of America, Europe and Asia.

PSBlog: Why did you leave PC and start developing for PS3?

Djamil: The reason we decided to go for home consoles is the amazing emergence of downloadable content. We strongly believe we are living a golden period in the video game industry where we can propose innovating games to a very large audience, try new things and take risks. When you develop a Blu-ray Disc game, the cost is so high that you have to limit your risks by limiting your creativity. The marketing often comes before the creative teams. With PSN, we can act differently.

In addition, this period is really important for us at Lexis as, for the 1st time in our history, we can discuss directly with our players, without going through a publisher. This changes a lot of things.

We’re currently working on several other downloadable games (not all announced) and we can guarantee you that they will be part of the most ambitious titles available on the PSN.

PSBlog: Can you tell us a little bit more about your previous games portfolio?

Djamil: Lexis Numérique is now one of the largest European game design studios, but we’re still a small company compared to the huge US teams. Hence, we decided, since the beginning, to work on two major elements: innovation and top quality.

As mentioned above, we created several innovative adventure games, including In Memoriam (aka Missing: since January) and Experience112 (aka The Experiment).

But we also brought innovating titles in a field that was, back then, totally ignored by game studios: kid games. We created many kid games, including the Uncle Albert series, the Imagine: Fashion Designer series and the Horsez series.

Amy: it’s a very ambitious and original survival horror game created by Paul Cuisset, the author of Flashback and the Motor Racer series. We’re going to release new information soon but you can already check out the Facebook page: http://www.facebook.com/AMY.thegame. The feedback so far is really good.

The Pooyoos: if you look at the stats, the PlayStation Network has more than 65 million users. Many of them have kids from 3 to 5. And yet, there is almost nothing for them. Hence, we decided to create a very original and high quality game for kids in which they can learn many things in a very funny way (shapes, colours, music, dance…) and also play with their parent. They don’t need to read anything on the screen once the game is launched.

We are also working on ‘Brooklyn Stories’ a third game which is probably one of our biggest games so far. We will be releasing more information very soon…