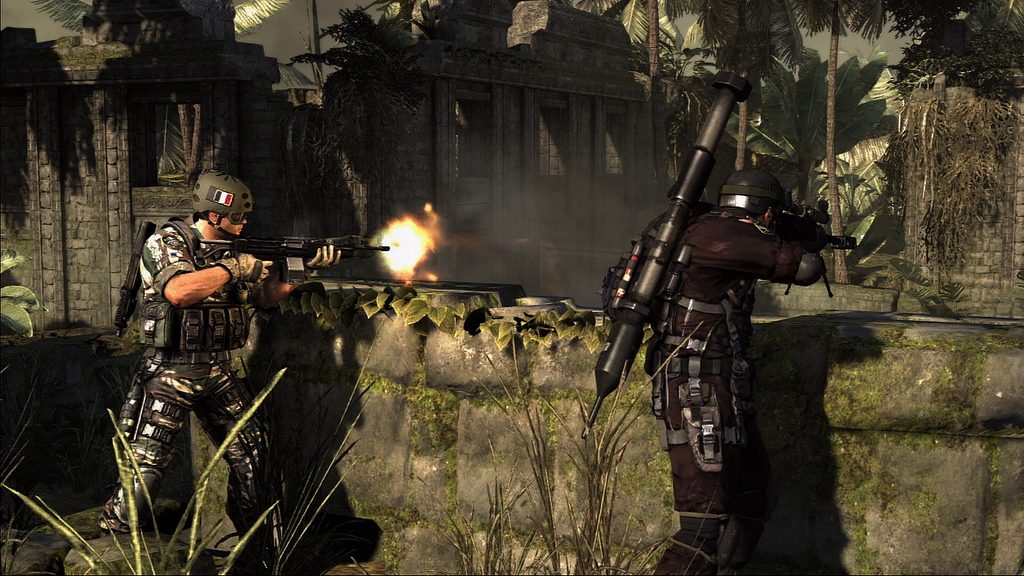 As we move ever closer to the games completion, we’re happy to go into detail about everything the game has to offer, which is quite a lot! In addition to its cinematic single-player campaign and highly addictive online competitive multiplayer, SOCOM: Special Forces also features a co-operative multiplayer mode where up to five people can play through a number of dynamic missions set up specifically for co-op play.

SOCOM: Special Forces co-operative mode features two main game types: “Takedown” and “Espionage.” Takedown charges your team with scouring an enemy filled location in search of opposing VIPs that you must neutralize however you can. Espionage turns the focus to intelligence gathering, where you must use teamwork to track down enemy data and sabotage their local operations.

Before each co-op mission begins, you’re able to adjust both the overall difficulty and the density of the enemy soldiers positioned on the map. But even at its easiest, SOCOM: Special Forces co-operative mode has been designed to be challenging – as you progress, you’ll need to use teamwork by calling out enemies and objectives to your squadmates.

Check out the screens and b-roll footage of the co-op campaign in action. Stay tuned to PlayStation.Blog for more SOCOM: Special Forces updates.