What Goes Around Comes Around: More On The Infamous 2 Karma System 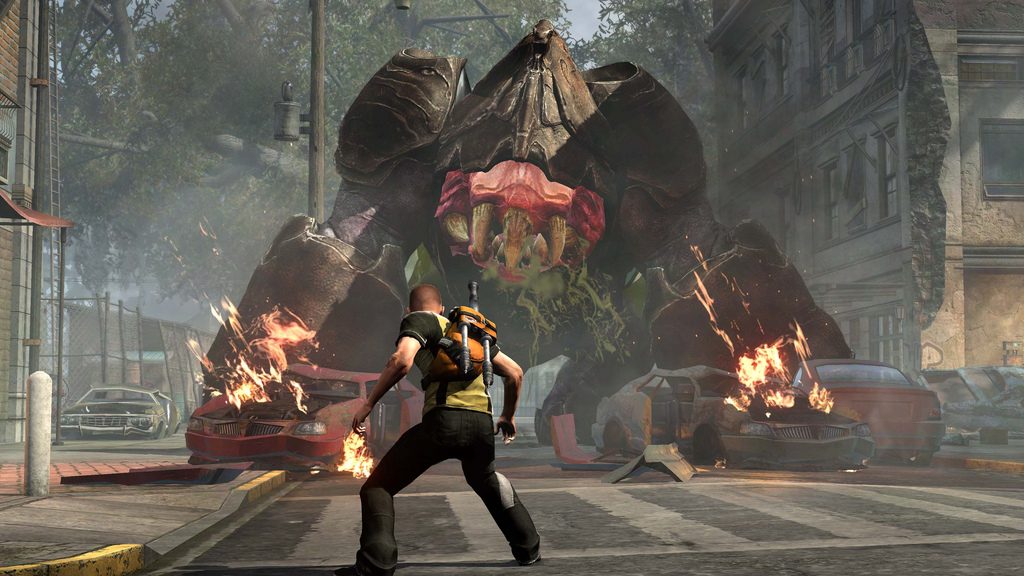 I think most of us at Sucker Punch have noticed the days starting to blur together a bit. So while I had a quiet moment here on Southwest Flight 651, I thought I’d put the time to good use and give you an update on our progress with I2 (inFAMOUS 2)… Ken’s post from last week got the ball rolling, let’s see if I can spill some more beans on the Karma system…

When we took a look at the Karma system in I1 (inFAMOUS, the first game) we wanted to keep the successful stuff, but also make improvements … As a top line, we knew we wanted to continue to offer players the choice and responsibility that comes along with having powers. This is one of the central themes of many archetype super-hero stories, as well as an interesting exploration of the relationship between power, responsibility and the test of character that powers bring. So, that had to stay.

But on the flip side, we got feedback from fans that some of the choices felt too mechanical, and they wanted their choices to have more meaning in the narrative and in the world. So, our challenge with I2 was to make these choices more real, more believable, and yet still keep them visible and clear to the players.

When we spent time thinking and designing the improved Karma system, we ultimately concluded that there was a way to make these choices both clearer and much more believable: to make your Karma decisions more about relationships and less about the specific choice at hand. So instead of a question that really didn’t relate to our primary gameplay (e.g. “should we take this food or give it away?”), in I2 we let the player decide who to ally with on a quest, or choose between Kuo’s surgical strike or Nix’s no-holds barred assault. You aren’t just choosing a mission, you’re choosing an ally and alienating another person. This was both clear for players, and more real.

Here are a couple videos which demonstrate what I’m talking about, but let me set them up a bit…At this point in the game, Kuo has been captured by the local Militia that’s taken over New Marais. We find out that Kuo is being held at a makeshift prison (a converted old mansion on the edge of town). Cole needs to mount a rescue, but the fortified target rules out a frontal assault.

Cole’s buddy Zeke proposes a rescue plan. He has seen a convoy of captured police officers being paraded through the city. He wants to bust up the convoy, free the officers, and then lead the -police on an assault of the old mansion/militia stronghold. Turns out other cops are being kept there as prisoners, if Cole helps bust them free he’ll get Kuo out at the same time… of course that also means there’ll be more cops on the street (which is sometimes uncool for vigilantes). Cops love us, Kuo goes free, all is good! Okay, let’s have a look:

Nix’s idea? Well as you know from Ken’s piece, Nix is more of a chaotic personality. Her plan? Load up a streetcar with explosives and run it down the tracks at full speed towards the mansion. It’ll derail, crash through the front gate and explode in a huge fireball… Great diversion, and tons of collateral damage on the Militia, even if a few prisoners might become collateral damage. After the explosion, we team up and slog our way through the remaining resistance and get Kuo back. Nix, of course, has some super powers of her own, and they are particularly useful in combination with Cole’s arsenal. Just another bit part of the plan! Let’s take a quick look:

So in the case of these two choices, you end up rescuing Kuo along either path, but that won’t always be the case. Sometimes the implications of your choices will be clear (like above) and sometimes they will be murky. The choices you make will affect the world itself, the citizens’ reaction to you, and of course the ending of the game in an important way. What we hope is that you all find them entertaining, occasionally thought provoking, and lots of fun.

Before I go, I want to wrap up with a few more answers to questions we received after Ken’s post. #1. YES, a lot of content is backing up the Karma system, not just different cut scenes–in fact the example above is all gameplay, There are NO differences in the cut scenes. And saving Kuo is just the beginning— there are going to be a very sizable number of missions set up in choices like this, and plenty of unique content on either side. #2. YES, the game should be more balanced for those of you who want to play more “Neutral” or switch sides.

So there you go, I’m about to land and the flight attendants are eyeballing me. We’ll have more on the Karma system later this month. Until then, choose your friends carefully!