Resistance 3 And Ratchet & Clank: All 4 One Come To London 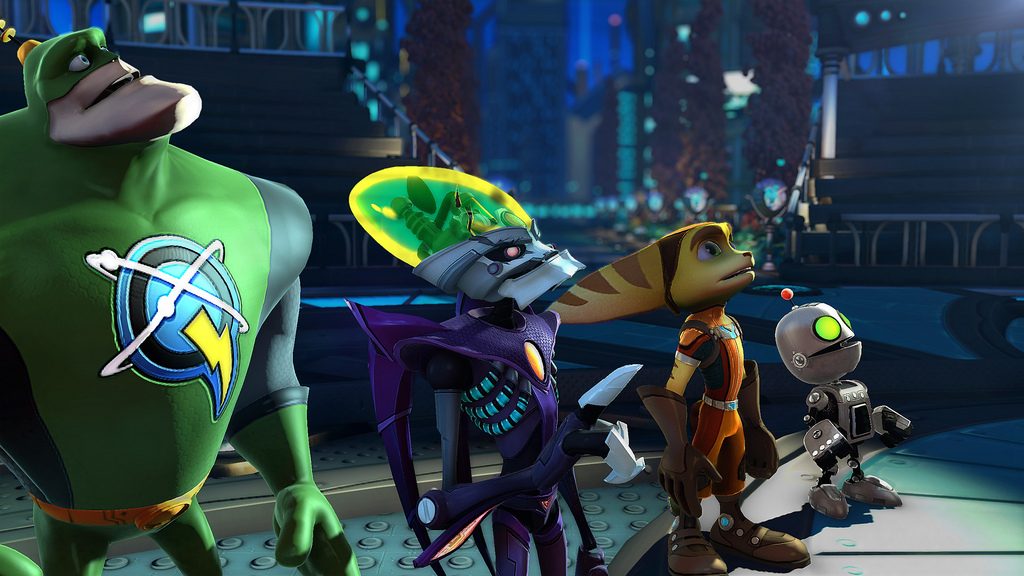 James from Insomniac here. We’ve spent today in London demoing our two upcoming PlayStation 3 exclusives, Resistance 3 and Ratchet & Clank: All 4 One, to members of the press. This marks the first time anyone outside Insomniac has played both games. In addition, we’re showing new levels and content.

We realize it’s not entirely fair that only the press gets to see what’s new, so we wanted to make sure we brought it here to the PlayStation Blog as well.

The Resistance 3 demo takes place in Haven, Oklahoma. Our new hero, former Sentinel Joseph Capelli, has taken up arms with his fellow Haven citizens to defend the town from Chimeran forces. The fighters are trying to buy enough time for an evacuation of Haven, as a Chimeran terraformer is closing on the city and threatens to wipe it off the map. As the battle wages on and the terraformer nears, you see the wind begin to pick up… and then the Chimeran Brawler arrives to turn the tide of the battle.

Ratchet, Clank, Qwark and Dr. Nefarious must cross through a dangerous Seaside Village on Planet Magnus to reach their next destination. The fearsome foursome will have to use several weapons in their arsenal, including the returning Combuster, and the Warmonger rocket launcher. In All 4 One, when players combine to use the same weapon, such as the storm-cloud generating Thundersmack, they can create even more devastating effects. But players can also specialize and use different weapons, such as when one player uses the Arc Lasher kinetic energy whip to stun an enemy while allies blast it with their own weapons. The choice is up to you and your friends in All 4 One as you explore and try to unravel the mysteries of the Creature Collector.

That’s all for now – we hope you enjoyed this updated look at what we’ve been working on. Be sure to follow us on twitter or become a fan of us on Facebook to catch the latest on both Resistance 3 and Ratchet & Clank: All 4 One, and a whole lot more.

P.S. remember to check out eu.playstation.com for all the latest information on Resistance 3 and Ratchet & Clank: All 4 One.