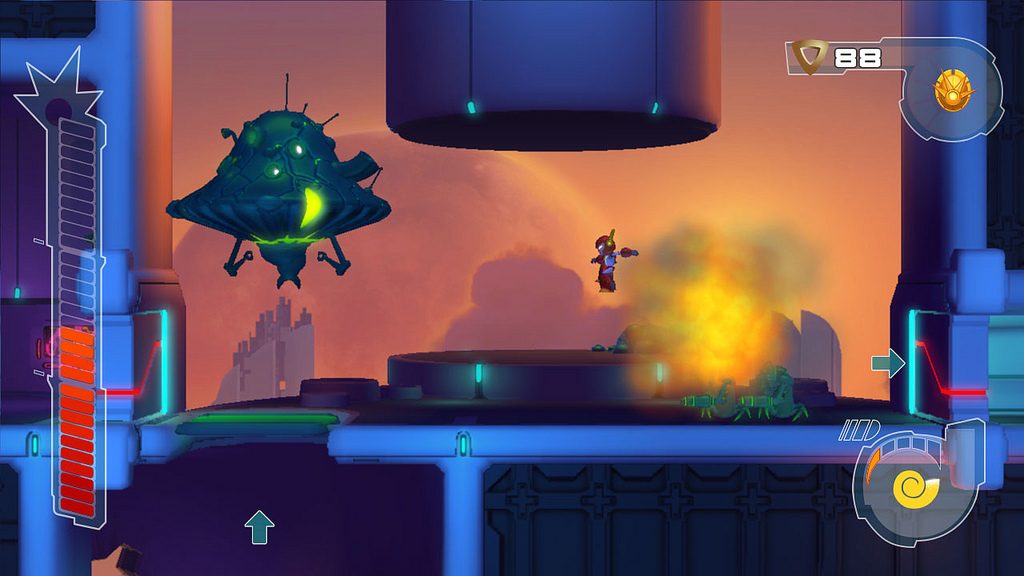 Hope you had a lovely Christmas and New Year! Explodemon is out in just a few weeks’ time – February 8th (save the date) so we thought it would be nice to ease the wait a little with a look at the long, long history of Explodemon and the realities of life as an independent developer (and now publisher).

Our wonderful design director and (non-biological) father of Explodemon, Jonathan Biddle – known almost exclusively as Bidds – has documented the whole five year saga. It’s a long tale, so I’ve formulated a super-condensed version here – but if you want the full, unedited saga, point your Internet Machine over to http://www.onebitbeyond.com

To set the scene: Curve was founded in 2005: a pretty dire time for game developers in the UK. The fledgling company got some work making ‘joystick games’ which, while it could be considered a comedown having previously worked on triple-A products, turned out to be a great chance to get back to gaming’s roots. I’ll let Bidds pick up the story from there:

After finishing a long, complex, demoralising project, working on getting five 2D games out of the door within three months was refreshing and liberating. The constraints of the system, combined with my love of classic arcade, SNES and GBA games made for an interesting period.

One of the joystick games we were working on at the time was a Spider-Man platform game, and I’d had to spend a good deal of time explaining to the game’s coder the basics of platform game control. The more I thought about it, the more my neurons flickered with my multiple past replays of Yoshi’s Island, Treasure’s Astro Boy and Gunstar Heroes. These kinds of games possess a certain quality to them; something about the pixel art; the depth of gameplay, deriving from simple rules; the accessibility; the collecting; the level designs; and the perfect controls. I felt a burning desire to create my own game that explored these mechanics.

Over the next few months, the game began to take shape. Those interested in exactly how the mechanics in Explodemon! came about should check out the unabridged Part 2 and Part 3, but for this whistle-stop tour we’ll scoot forward into March 2006, when the prototype was considered complete enough to show colleagues. A spontaneous showing to a visiting publisher brought favourable reactions, so we decided to cast it further afield.

Publishers initially showed interest in it, but would always find reasons to not get involved – concerns about an exploding character in the post-9/11 climate, or that it was too Japanese. Nevertheless, our art team ploughed ahead and made a concept render video of how we imagined the finished product to look like, which we used to get more interest from a publisher and to secure a PSN slot for the game. But when that publisher pulled out in early May 2008 we found ourselves once again back at square one.

While one platform holder decided that we hadn’t progressed enough to keep our slot, luckily Sony believed in us and let us soldier on. We started our first coders working on the engine in November 2008 and Explodemon’s lead artist joined in January 2009.

Then, on one unsuspecting March day, we were sprucing up the website when we decided to put the concept trailer up on it, as it was mostly only publishers that looked at it. Simultaneously, we switched to a new piece of software and the manufacturer asked if they could put out a little press release about us.

Perhaps we were naive to think that the two wouldn’t be connected, but the next day – April 1st – the Internet was ablaze with stories about Explodemon. While it was great for the team to see such excitement about a game that had been knocked back so much by publishers, the high was to be shortlived.

Also on April 1st, the most insane thing happened. Something that I still can’t really believe to this day, something that shows that truth really is stranger than fiction. A few hours after our video was revealed, a totally different developer on the other side of the world independently announced a 2.5D platform game with an exploding lead character. We literally couldn’t believe it.

With all the media interest, though, guess who came knocking back on our doors again: yep, the many legions of publishers. Once again we went back into their green-light processes. By this time, we’d not progressed a huge amount with our limited resources, whereas the other guys were gearing up for release. Once again: all rejections, this time because of our new competition, which was (deservedly) going down a storm.

That game launched at the end of July, to great acclaim and sales. While we were happy for the developers – they’re nice guys, and it’s always good to see indies prosper – they were dark days for me. With our tiny team and massive collection of publisher refusals – about 20 companies – we’d been unable to make an impact on production. We were at a crossroads. There was no getting away from it this time; there would be no funding from any external sources; we would have to make this game ourselves or just give it up forever. What was it going to be?

Well, given that you’re here now, reading this, you can pretty much figure out what happened: we put our money where our mouth was, hired a full team and, in late 2009, the project entered full development, with a full team of artists, programmers and designers all beavering away at producing an overwhelmingly awesome experience.

We were still unsure of how it was going to turn out back then, and we weren’t always convinced that it was going to get finished. And because running an independent games developer is very hard and very stressful, it’s true that things haven’t always gone smoothly.

One thing’s for certain though: when Explodemon is finally released, I’m just as convinced now as I was then that our belief in the game will ultimately enrich the lives of everyone in the world and bring peace and harmony to all. Or it’ll just be a great video game, whichever is more important.

Let’s start with the latter.