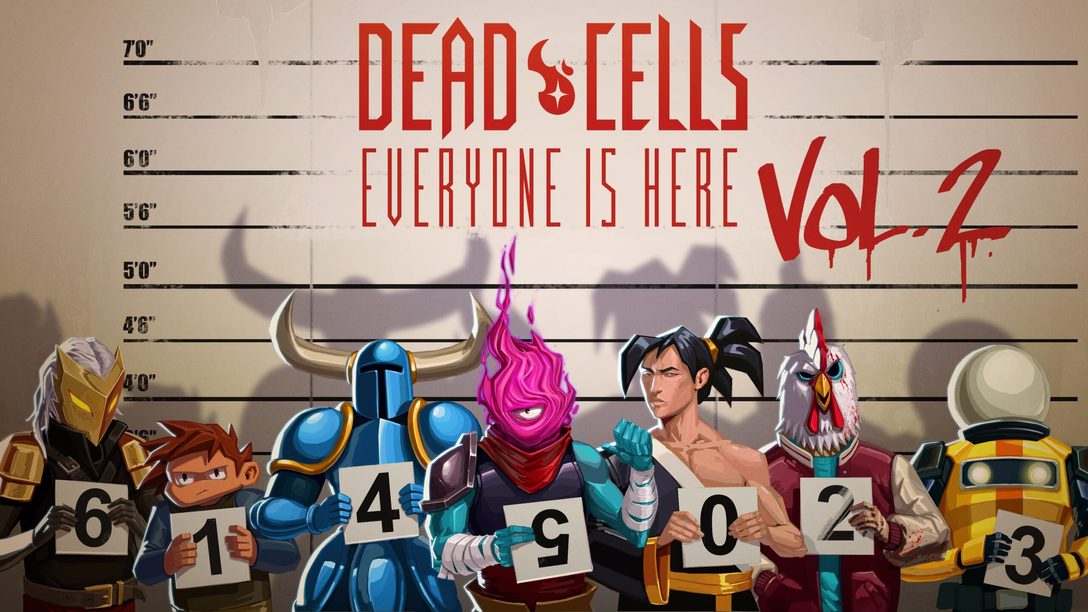 Evil Empire details how incorporating the likes of Hotline Miami, Risk of Rain characters into the roguelite reflects its love for the indie community.

Each weapon is taken from its game and translated into Dead Cells’ fast-paced action combat, which was trickier for some games than others! We’re still not sure how we managed to get a deckbuilder game into Dead Cells…

Even though it was tricky, we’d learned quite a lot from our first indie crossover update. Bringing a weapon from another game into Dead Cells and making it fit into the gamefeel, keeping it different from the other 150+ weapons & skills already in the game and respecting how the weapon is represented in its source material is, not surprisingly, very hard but also a fun challenge for our dev team.

However, the inspiration & ideas you get from being allowed to work with source material that you love and have played for hours really helped to make it easier. On top of this you’re often working with people that you know and have shared ideas and experience with before. This is how this update came about, because of the community in the indie development scene.

To expand on this, we need to go back to our first indie crossover update in November 2021 with Hollow Knight, Hyper Light Drifter, Guacamelee, Skul: The Hero Slayer, Blasphemous and Curse of the Dead Gods.

This idea started off as a “Wouldn’t it be cool if…” conversation in the break room. Straight after that, we realised that the indie scene is very open, friendly and supportive. Most people know each other to some degree, so why not just contact the other studios directly? Well, we did just that and had multiple enthusiastic responses in a couple of days, it was as simple as that!

After working back and forth with them on our ideas over several months, we ended up releasing the update not really knowing how people would receive it. It ended up being the update with the most visibility outside of DLCs since our launch, and we’ve released over 30 updates! Turns out indie gamers just love to see other indie games being supported…

Obviously, this is a really fun type of update to work on, as we get the opportunity to bring elements of our favourite games into Dead Cells in our own way. But the fact that the first update was so big in visibility really convinced us to do a second crossover update. We helped to boost knowledge of the games in the first update to our audience, and their audience became more aware of Dead Cells.

This is a big deal because, unless you’re really into indie games, not many gamers (especially console players) are familiar with more than a couple of indie titles, so banding together really helps to expose players to more indie games that they might like, hopefully growing the appreciation and playerbase for these types of games.

This is part of that supportive atmosphere in the indie scene that we mentioned earlier – there is very rarely any aggressive competition in the indie space, people here are always just happy for other studios to succeed, and actively want that success to happen.

To underline this point, the guys at Re-Logic who made Terraria, an indie game but still the 11th best-selling game of all time (according to Wikipedia at least), were stoked to be a part of this update and are going to bring Dead Cells content to Terraria in the near future. We’d be pretty shocked if other best-selling titles from bigger studios wanted to take the time to get involved in something like this, but collaborating and helping each other out just seems to come naturally in this space.

So, our point is, we love independent games and want more players to get exposed to the creativity and community they have to offer. We’re hoping that this update can achieve some measure of getting more players actively into the indie scene through games that they already love.