Pearl Abyss provides a primer for the playable pirate.

Avast, ye’ scallywags! Why am I talking like this? Because, the dread pirate Corsair comes to Black Desert on June 29 to talk to parrots, swing swords, and chew bubblegum… except there’s no bubblegum in our game.

Corsair’s innate skills with a sword and sea make her a formidable opponent. She’s so fast, players can almost feel the cool ocean breeze in her hair as she rains death down on her opponents. Wielding a fearsome cutlass with all the agility of one who’s spent her life swinging from the riggs of tall ships, Corsair is fearsome in air, land, and water. She has always called the sea her home, so she’s also a fast swimmer who’s able to remain underwater longer than any character in Black Desert.

But what about her secondary weapon, you ask? Well, here’s the twist. Meet Mareca! Corsair’s magical seafaring orb grants her the powers of the ocean itself. Mareca allows her to transform into a mighty Mermaid, slinging waves as easily as she turns heads.

Without further ado, let’s take a look at her skills: 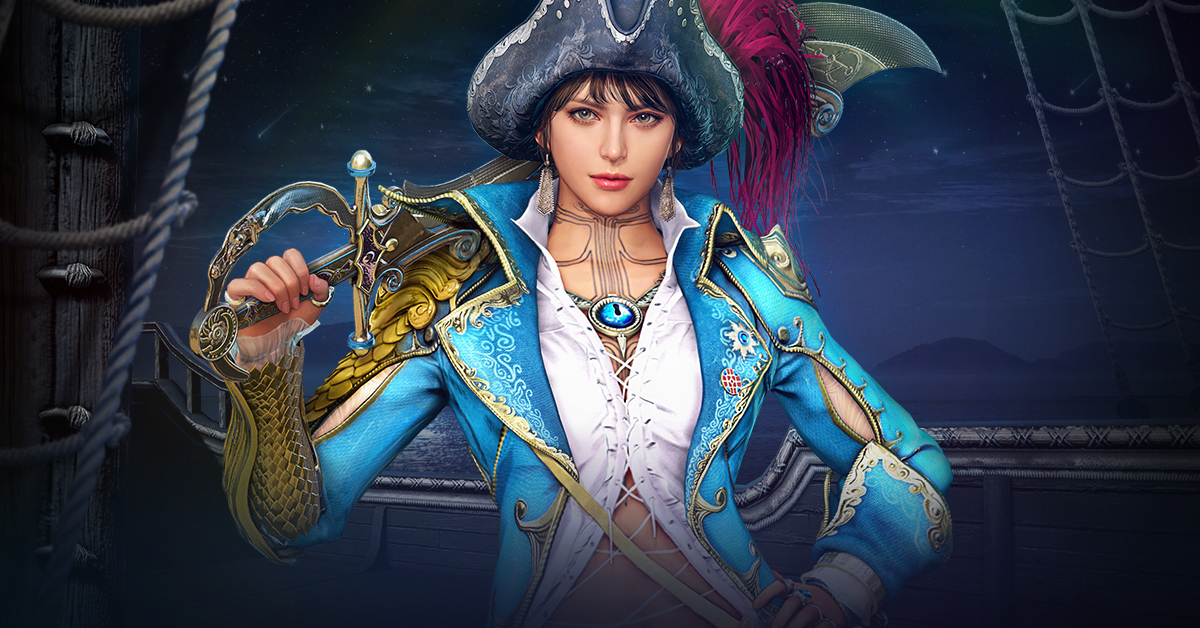 If you are ready to race across the seas with Corsair at the helm, next week is a mighty fine time to get Black Desert at a discounted price—up to 60% off— with the game’s biggest discount ever. The only thing worse than missing this deal is goin’ down to Davy Jones locker! The sale will go live on June 30.

Black Desert’s latest update brings aboard the season server, specially designed for helping players raise their sails and growing their crew of characters faster than the regular servers. Players can also feast their eyes on these fine treasures: 100% more combat EXP buffs, progression support boxes, and exclusive quests, all granted by just playing in the season server. Batten down the hatches when the server becomes available between June 29 and August 25. It’s time to earn your sea legs, or else you’ll walk the plank.