Robin Hood was never just one person.  Over the years many real-life and fictional people have contributed to the legend.  Like any good story it has been adapted and embellished over the years for different audiences and indeed political motivations.

We wanted to go back to basics.  If you go back to the earliest stories, Robin Hood was a cruel outlaw who stole and killed in cold blood and without remorse.  It is only much later that he becomes more altruistic, gentrified and heroic.

This led us to ask, “what would it be like if HBO did Robin Hood in a Game of Thrones style?” But perhaps more “Battle of the Bastards” than the dragons…

With Hood: Outlaws and Legends we wanted to (again) adapt and reimagine the legend for a new audience and our own purposes. The fact that there was a patchwork of origin stories with no one definitive Robin Hood, felt like a perfect basis for a multiplayer game.

Hood is not one person. It is an idea. A symbol to the people.  It is a mantle that is passed on from one person to another to maintain the myth – like Black Panther or The Dread Pirate Roberts.

We asked what if in the incumbent Hood has died suddenly with no clear successor.  Who would step into that vacuum?  As anyone who watched the 1980’s Robin of Sherwood series will know the two top contenders for the Hood title are Robin and Loxley and Robin of Huntingdon.  (by the way Micheal Praed should never have left to do Dynasty but don’t get me started on that one)

So we had our set-up, two gangs of outlaws, locked in battle, each vying to pull off an audacious heist. Both seeking to be hailed by the people as the real “Hood.” 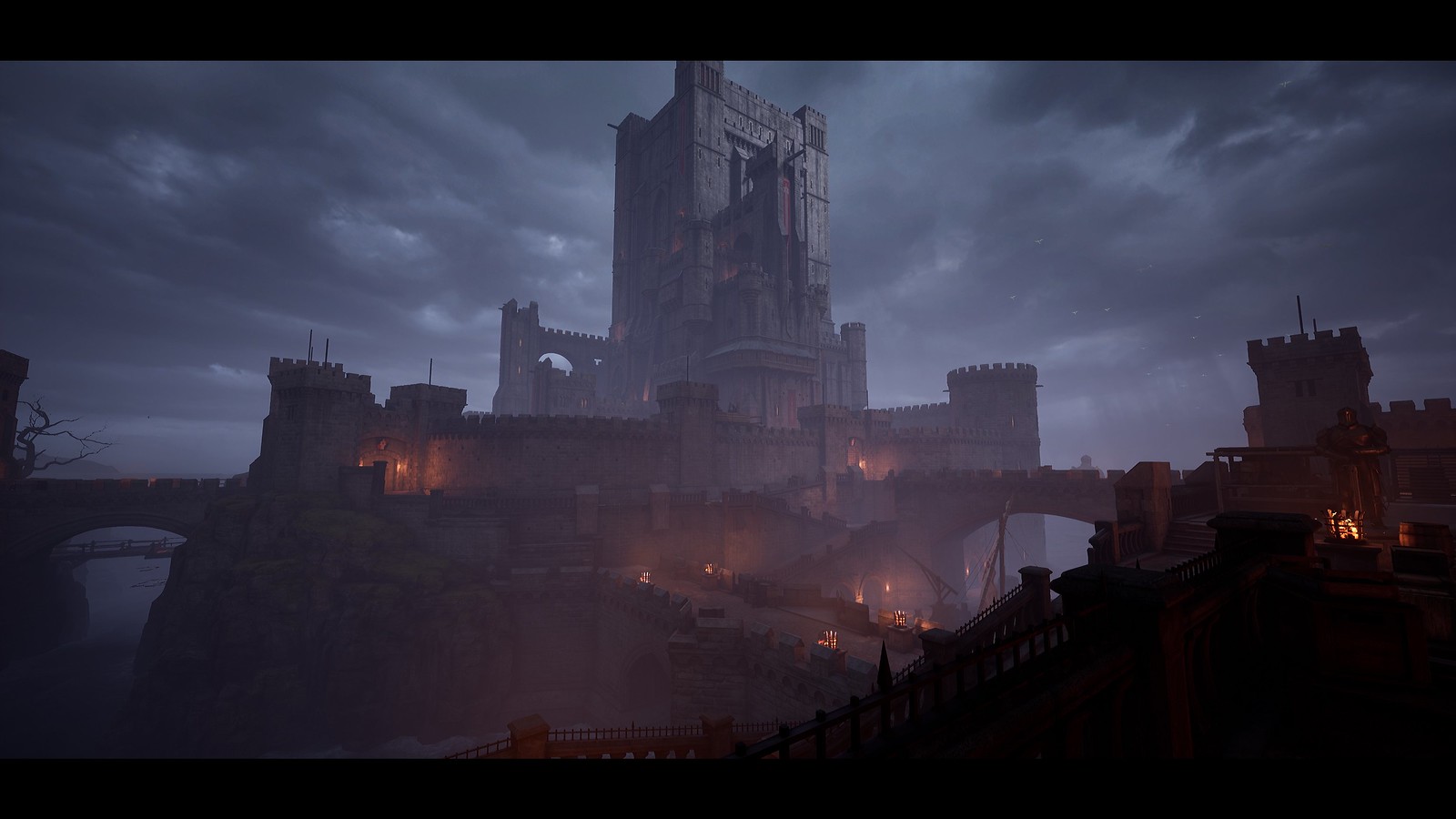 In a world where the people are oppressed, outlaws can become heroes. But our outlaws are not completely altruistic. Each is an outcast from society, the disenfranchised, the shunned, the disowned. They are WOLFS HEADS – they have no more rights than a wolf and can be killed on sight. Each have their own reason to seek revenge on the State. They steal from the rich – to hurt the rich.

When we looked at the other player characters, as with Hood, we decided to take what worked from the legend and reworked them for our gameplay needs.

We needed a diverse team whose skills could be combined to pull off a daring heist.

Hood is of course the Ranger skilled at ranged combat.  He can hide in the shadows or perch at a high window and support the team from a distance.  He can tag targets and remove threats with his longbow.  His explosive arrow ability can be devastating to tightly packed groups, and can even down the dreaded Sheriff – for a while at least.

Little John has become John Nailer, a Brawler, close combat specialist and general tank. His deadly hammer can kill with a single blow, while his Wrath ability turns him into an unstoppable melee powerhouse with endless stamina.  If your team is trapped and all seems lost, he is the only outlaw strong enough to raise the portcullis and open up an escape route for the team.

Friar Tuck we morphed into Tooke – a scarred ex-State inquisitor. His flail makes him strong at close and mid-range combat, while his mystical abilities can heal and support his team, revealing the position of nearby enemies.

Maid Marion moved from being a damsel in distress to a warrior and leader in her own right, which is indeed how some of the legends already depicted her. Her burst-fire crossbow and assassination skills terrorise the enemy, while her smoke grenades and invisibility ability bring a stealthy advantage to any heist. 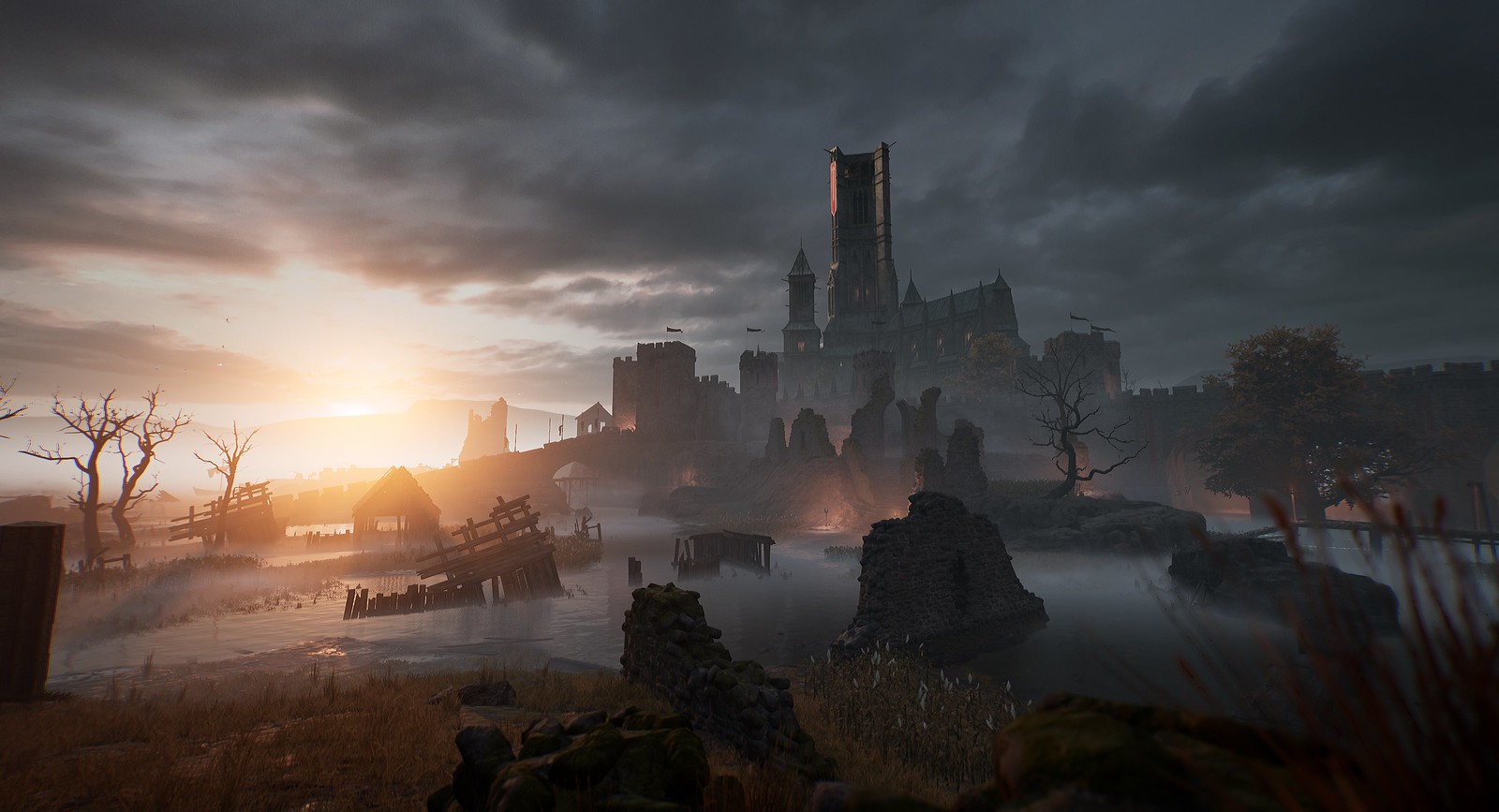 We deliberately stayed away from a named time period or try to recreate specific real-world locations.  Not being tied to historical, or indeed geographical, accuracy gave us the freedom to make the gameplay we wanted.

Our enemy is an un-named power known simply as The State, represented by the AI-driven guards and Sheriff that oppose both teams during heists.  It is not supposed to be any historical faction but rather a representation of corrupted power and authority.  Imposing its will on the common people. The State buildings are exaggerated projection of their power – much bigger than any that would have existed then – but they make for more fun gameplay.

In fact, “following the fun” is the mantra we adopted throughout development.  For the weapons and armour we played fast and loose – blatantly stealing from other cultures and (close-ish) time periods or just making stuff up because it’s cool, like Marianne’s triple crossbow.

With the maps and biomes we again went for what looked cool and worked best for gameplay.  We have huge Citadels and some snow-capped mountains you would be hard pushed to find in England.  There are however ample references and nods to the legends for those looking for them – Barnsdale Outpost and Fountaindale, for example.

With Hood, we wanted to create a dark and brutal re-imagining of the traditional legend, where old world myth and superstition clashed with man-made power and corruption.  We also wanted to bring a new and fresh twist to the multiplayer heist genre.

In some ways, because we never explain who Hood is, never give him a single origin story, it could be argued that ours is one of the more honest representations of the lore.  This is after all not trying to tell a story based in historical fact, or even historical fiction.  It is the story of a legend.

Hood: Outlaws & Legends releases on PlayStation 5 and PlayStation 4 on May 10, 2021. Pre-order players will get exclusive bonuses and early access to the game from May 7, three days before the official release.