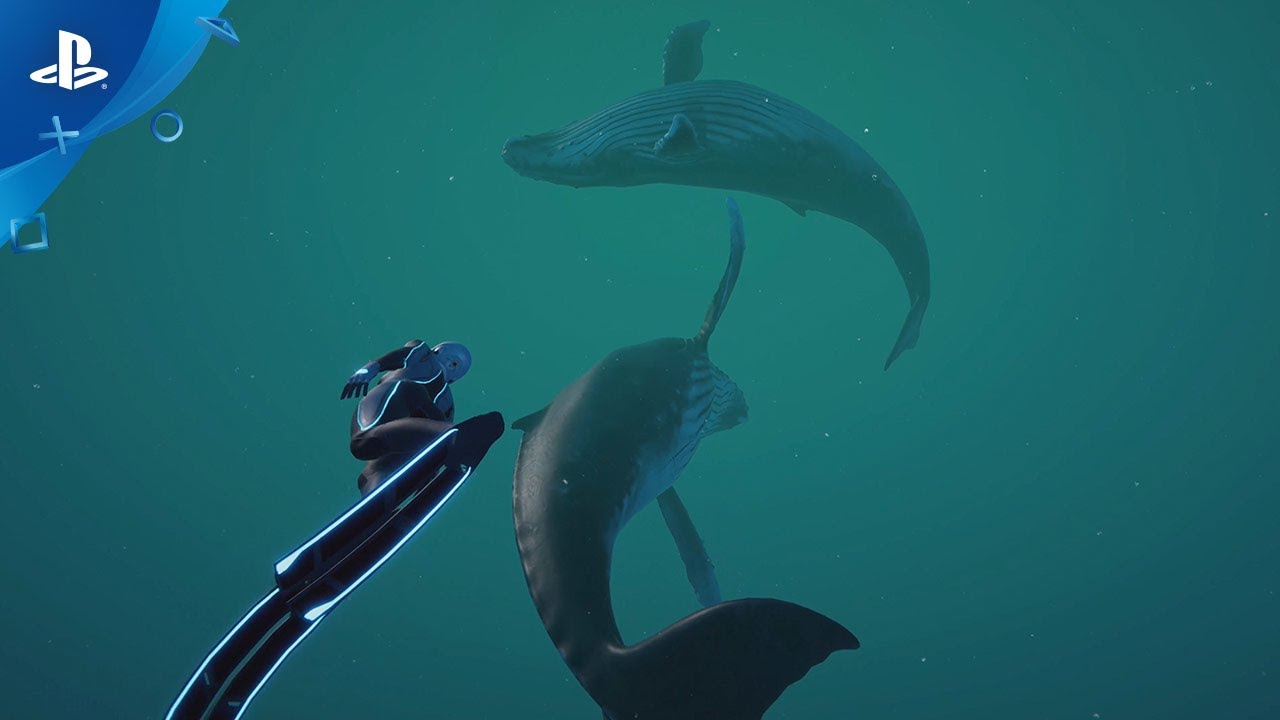 Editor’s note: This is the second in a series of stories that explores the ways games can address varying types of subject matter. Read the first story, about forging connections with other people in Night School Studio’s Afterparty, here.

The ocean is vast!

Back in 2014 we made a game called Never Alone (Kisima Ingitchuna) with the Iñupiat people that highlighted one of their oldest stories. We were very fortunate with the success of the game and it brought us to the attention of the BBC Studios. Shortly after Never Alone’s launch they contacted us to see if we’d be interested in making a game that was inspired by their upcoming Blue Planet II and we were thrilled to say “Yes!” Though what would that kind of game look like…and how would we comb through the thousands of hours of footage that they provided?

At the end of the day, and at the end of a multi-year development cycle, we believe that we have successfully answered those questions. It became clear at the very beginning of the project that we needed to bring in the experts. To bring in the scientists who lived, breathed (often with SCUBA gear), and loved the ocean as deeply as we did. Also to bring in editors who wouldn’t mind becoming underwater aficionados.

Making sure we got it right

Pairing those elements lets Beyond Blue feature what we proudly call Ocean Insights. These are sixteen original mini-documentaries that speak to the themes that are being explored within the game. Players will have the opportunity to play as Mirai, an ocean researcher and explorer who is seeking to develop and share a better understanding of the ocean than ever before. What better way for us to celebrate that fact than include conversations with the real-world scientists?

The passion and love that these professionals bring to their fields is infectious, along with being great fodder for a game. What does a scientist who is spending 3+ hours traveling to the bottom of the ocean do while they wait? Turns out that they listen to Miles Davis, so we developed a soundtrack that reflects the international nature of these expeditions. What are the critical challenges facing our oceans today? Let’s see how players would navigate those waters.

For a majority of the game’s development we had our resident scientist with us every day. She was a part of stand-up meetings, worked with the artists and animators to ensure accuracy of the creatures players would find, and steer us in the right direction when it came to little nuanced science facts that would lend authenticity to the game.

The Earth’s oceans are as fantastic in nature as any that can be imagined – and they need our help. At the deepest depths scientists are finding things like plastic bags and balloons, creatures who have had the same migratory patterns for centuries are finding food scarce, and we’re still discovering all the ways that the ocean takes care of other environmental factors across the Earth.

At E-Line we wanted to be sure that we were addressing the many challenges that are affecting our planet today, but to do so in a manner that would help inspire hope. The themes in the game are very much real and so are the resources that the game shares for those that want to get involved in affecting positive change. We want to inspire players to engage in things like World Oceans Week, where leading experts speak to not only the challenges facing our greatest resource, but also share the amazing discoveries that are still being made on each expedition. We want players to not only think about their impact on the planet, but also find their moment of zen as they explore a world that so few people get to experience first hand – all while listening to a little Miles Davis while they’re at it.