Stumble Toward Greatness with Fall Guys 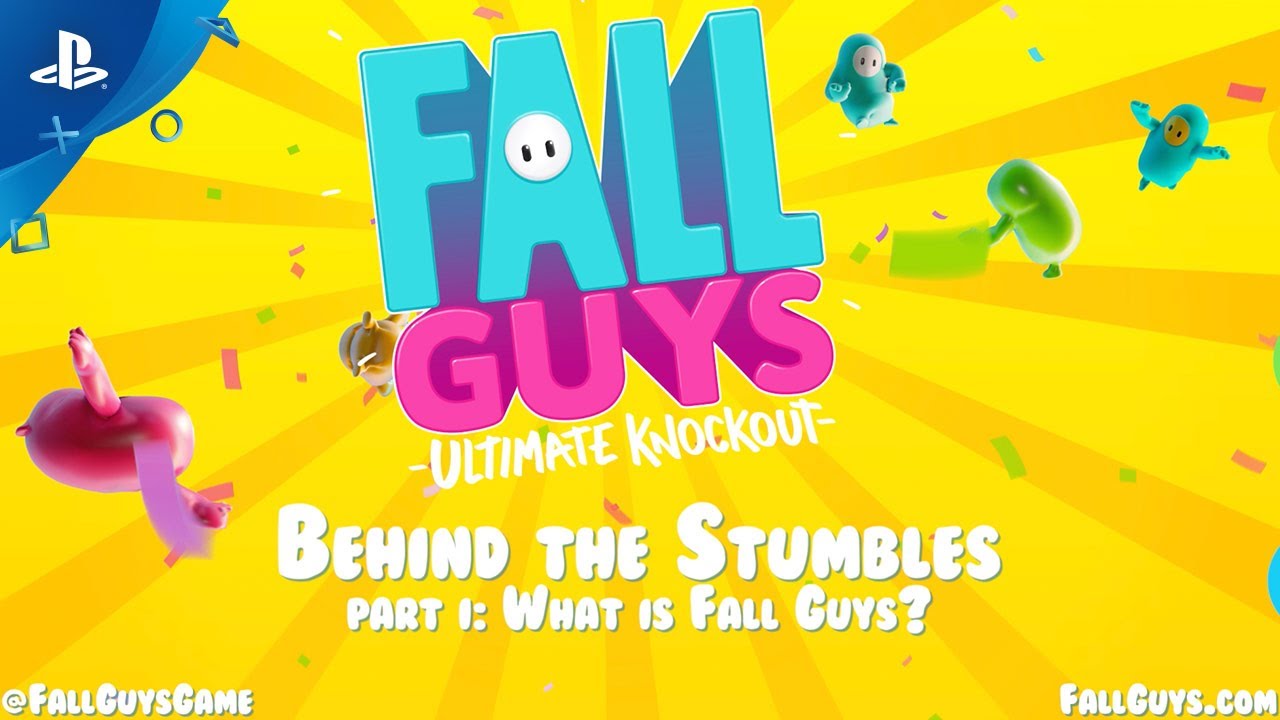 Watch the first entry in the Behind the Stumbles video series.

The Mediatonic team was absolutely blown away by the reception Fall Guys received from the PlayStation community when we revealed it last year during E3. But we haven’t said too much about the game since then because we’ve been hard at work on living up to those lofty expectations. We’re kicking off the hype train on the path towards launch with our first in a series of videos called “Behind the Stumbles” that takes a peek behind the curtain to see what makes the Fall Guys magic happen.

The first episode of the Behind the Stumbles series is aptly named “What is Fall Guys” as our team feels it’s incredibly important to illustrate that it’s a big, bouncy multiplayer game for players of all types. Our goal was to make Fall Guys the “greatest game show ever” with clear inspirations from Takeshi’s Castle and the lesser known It’s A Knockout. Both game shows put their contestants in such unusual and sometimes ridiculous scenarios that any advantages obtained through skill would often be mitigated by the bizarre variables of the obstacle courses and bumbling paths of the other contestants. We want players to feel both like they are totally in control while at the same time accepting that there are forces well beyond their control that could just ruin their well laid plans.

The design of the Fall Guys themselves plays into this feeling. From the stubby arms and legs that lead to lots of falls and near misses to the cumbersome looking costumes, the Fall Guys are almost set up for failure from the start, though you can’t help but root for their success. Ultimately their failure is what leads to the hilarious physical comedy of the game and some of the ultra tense moments of competition, something we think will keep players coming back to perfect their skills and up their avoidance of potentially catastrophic situations.

What makes Fall Guys something special is putting those hordes of unwieldy Fall Guys players together in silly costumes and setting them loose in escalating rounds of chaos until only one triumphs. As we say here, we want players to Stumble Toward Greatness.

Our group can’t wait to share more as we march towards launch on PlayStation 4 later this year. We hope you enjoy our first Behind the Stumbles video and look forward to sharing more that focus on other elements of the game like the insane costumes, raucous stages, and advanced strategies for success from the people that designed the game. And keep an eye out for our upcoming open beta, that should be a pretty wild time.