The Allies have been battered and bruised, but in United Front, the third DLC Pack for Call of Duty: WWII, they begin the dramatic push towards Berlin!

We are excited to share an exclusive look at the Market Garden Multiplayer map for the PlayStation Blog, as well as the rest of the details about this exciting pack. Sledgehammer Games has been hard at work putting on the finishing touches, and you won’t want to miss out on this Call of Duty: WWII experience.

The Market Garden in Call of Duty: WWII is set against the backdrop of Operation Market Garden, one of the largest airborne operations in the European Theatre. This is where you will fight off the Axis advances to try and maintain control of an Allied mansion base. 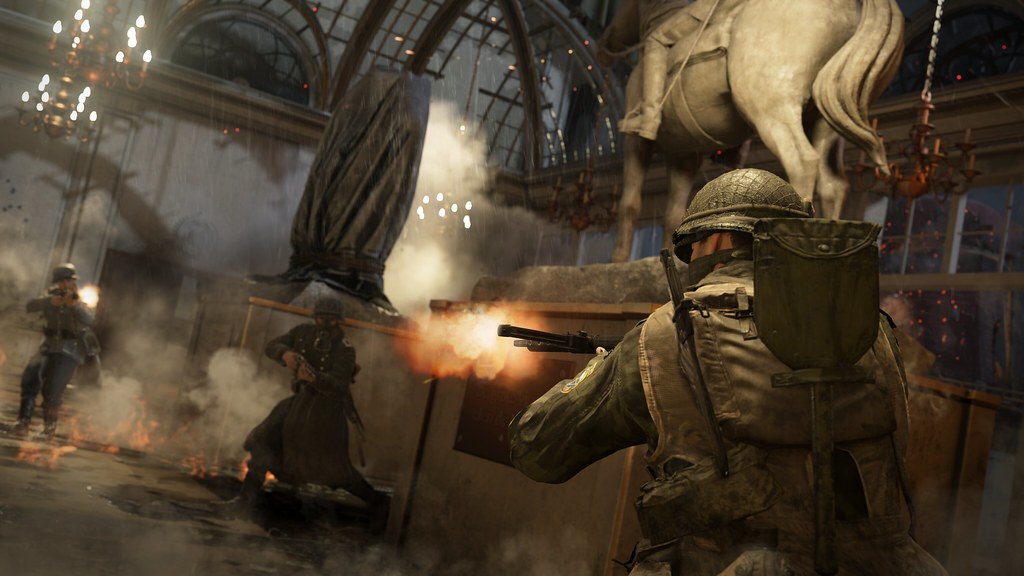 Set in the Netherlands, this map brings intense tight-quarters combat with gunfights waiting around every corner. What was once an opulent mansion is now in war-torn shambles as flames begin to overtake the structure. In the distance, you can see and hear bombs dropping, while all around you is the evidence of the war.

From the Allied fighter plane downed in the river, to the makeshift field hospital in one of the outbuildings, the team at Sledgehammer Games has put extra care and detail in immersing players into an authentic scene from this moment in the War.

Join the Italian campaign in Monte Cassino. Nestled below a mountaintop monastery, this war-torn village offers rich verticality with rooftop vantage points and sneaky flank paths along the cliffs.

Stalingrad, based on the largest confrontation in World War II history, features two main bases located on opposite sides of a war-torn city. Snipers can focus on securing key perches to control the map’s center, while run-and-gunners can sneak through the underground sewers to flank behind enemy lines.

Named after the Second Battle of El Alamein, Field Marshal Montgomery and the Allied Forces pushed the Germans and Italians to retreat from their last significant defensive position in southern Tunisia. In this all new mission, the Allies airdrop into Tunisia and push into a Nazi-occupied village to capture key supplies, then cripple the enemy by detonating a key transport bridge. They then make the final knock-out blow by capturing entrenched Axis fortifications. 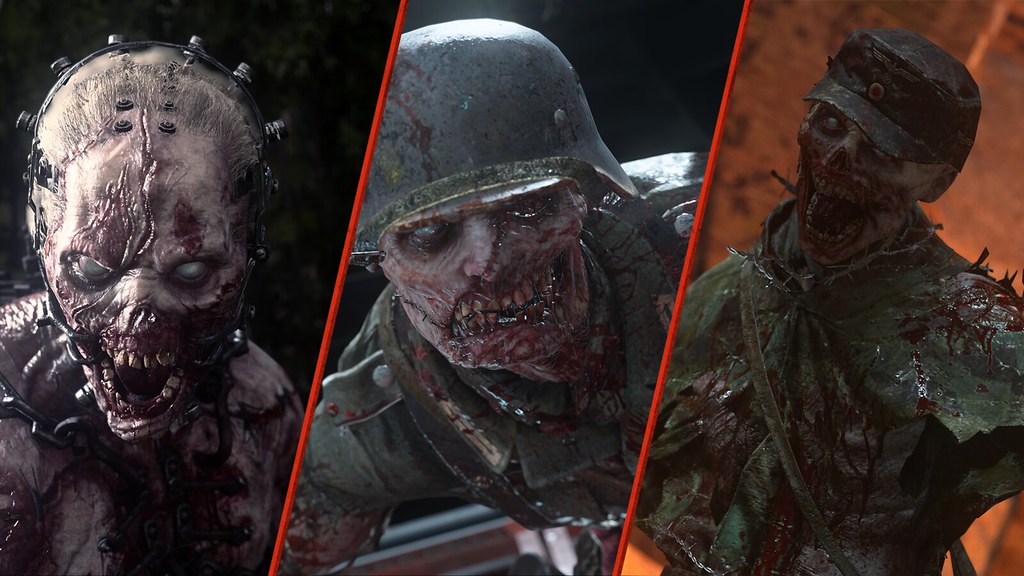 The Allied forces are crumbling under the relentless advance of the Final Reich. General Rideau decides to take one last, dangerous gambit: to personally lead a small, unmarked caravan across the 2,000 miles of smoldering, infested land that stand between Berlin and the Allied-controlled port of Malaga. From there, he and his crew face a treacherous voyage across icy southern waters and U-boat blockades.

His mission? Transport the remaining pieces of Emperor Barbarossa’s legendary sword to the edge of the world. Uncover the lost forges of ancient Thule. Make the sword whole again… and deliver a final death to the Undying.

Experience the all-new Nazi Zombies gameplay, which transports players across three unique and challenging locations, only in the United Front DLC Pack.

No matter what you are looking forward to the most in Call of Duty: WWII’s United Front, we hope to see you fighting on the frontlines with your fellow community members when the United Front DLC Pack launches first on June 26 on PlayStation 4!