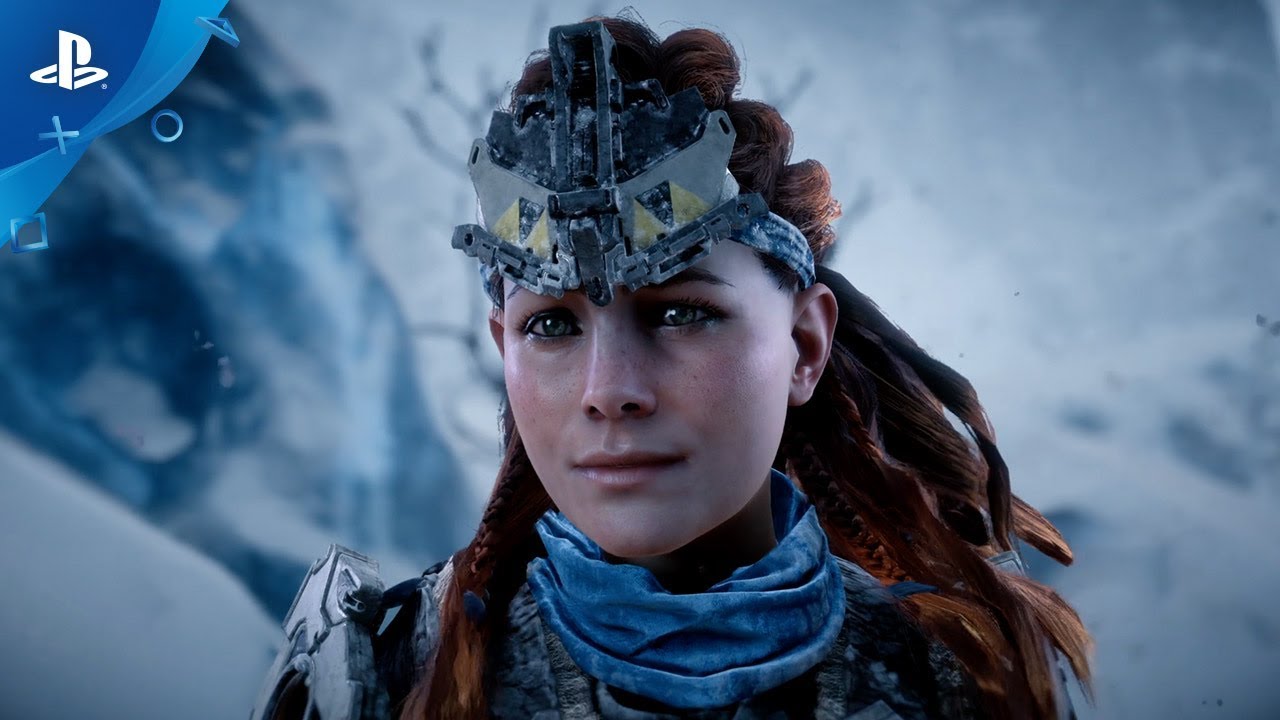 Guerrilla shows off new characters, environments, and enemies in this PS4 gameplay walkthrough.

With the launch of The Frozen Wilds approaching faster than a charging Thunderjaw, we’re extremely excited to share gameplay footage of the brand-new expansion for Horizon Zero Dawn with you. In the video, Guerrilla Principal Quest Designer Tim Stobo and Quest Designer Blake Rebouche demonstrate one of the quests from the expansion called The Survivor.

Horizon Zero Dawn: The Frozen Wilds takes place in the Cut, an icy wasteland where clans of the Banuk tribe known as Weraks seek to prove their worth against the elements and the machines. At the start of the quest Aloy meets with the Chieftain of the White Teeth Werak, who informs her that two White Teeth hunters have gone missing. Aloy decides to investigate their fate — and in the process, crosses paths with a dangerous new machine…

Horizon Zero Dawn veterans will want to keep an eye out for a few things in this new footage. First of all, you’ll notice new weather effects in the Cut. We really wanted to bring across how bitter and relentless the cold is through the dynamic nature of the wind and snow particles, and the way in which they can affect visibility. Additional immersion comes from the interaction between the characters and the deformable layer of fallen snow.

Also, if you see Aloy doing something you don’t remember her being capable of in the main game, that’s probably because she has new skills she can learn as she levels up. Discovering and unlocking those skills will be greatly satisfying for players who hit the level cap in Horizon Zero Dawn and craved more room to grow.