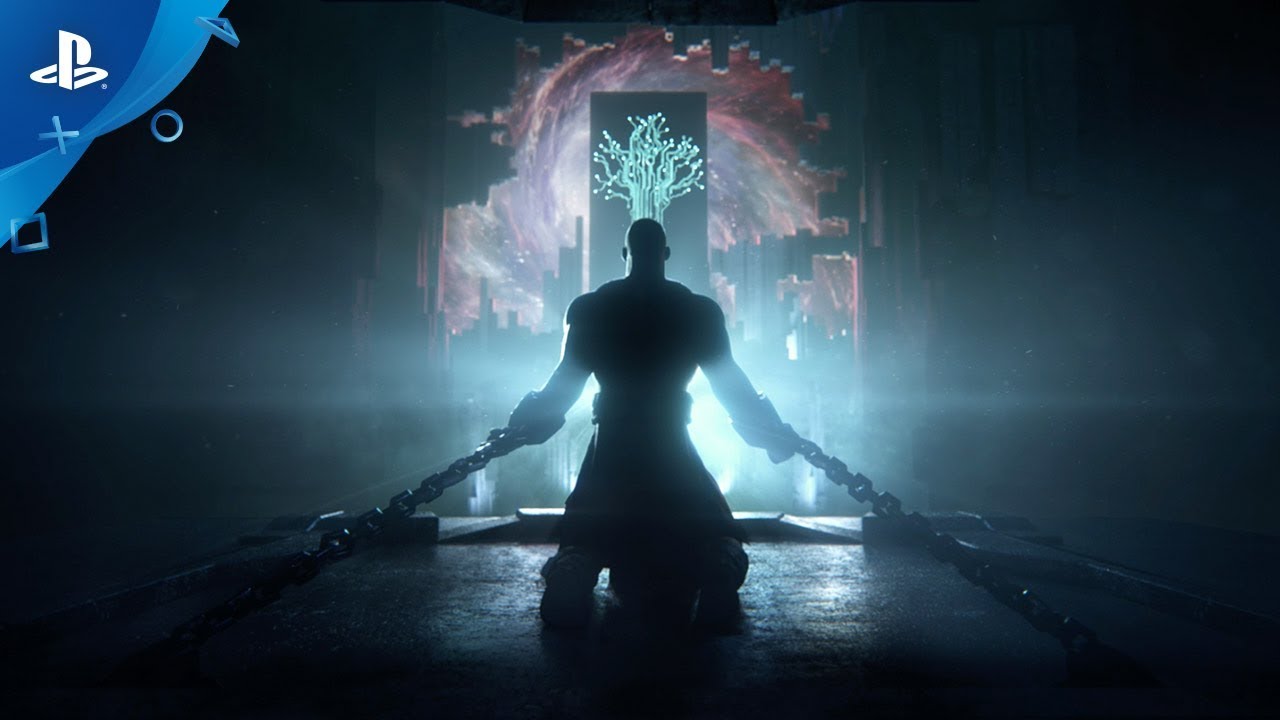 This one wears its Souls-like inspirations on its sleeve, but forges its own path with some substantial differences.

It’s Sebastian from Toadman Interactive here to announce our latest title, and to shed light on some additional details about the game.

Ok, so what is Immortal: Unchained?

Immortal: Unchained is a new game inspired by the Souls-like genre. My colleagues and I are all avid fans of the genre and wanted to make our own unique take on it. So what’s new? Well, it’s set in a pretty crazy futuristic fantasy world, currently collapsing in a cosmic event. You are a living weapon, and your goal is to bring an end to this cataclysm. Also, we chose to make it a shooter, with guns.

Yep, guns! Take aim and shoot down your foes, as they try to do the same in thrilling close-to-medium range encounters. It’s far from a reflex shooter, though. Mobility, attack direction and well-timed dodges are crucial for your survival and victory. Expect to get shot down a lot; just like its sources of inspiration, this isn’t an easy game. The satisfaction you feel when you evade an enemy attack to fire a burst of hot lead (or plasma, or acid, etc.) into its backside cortex and watch it go up in flames will make it worth it.

Death is a harsh lesson

You are protected by the Monolith; an ancient structure that oversees the flow of the Cosmos. And trust me, this comes very handy at times. Its mysterious powers will be able to restore you when you die, but (of course) leaving your collected bounty where you were defeated. This lets you learn from every mistake, to come back to the encounter you failed with additional knowledge for your next attempt. This cycle of defeat, pattern recognition, and finally victory is what we believe to be one of the core pillars of the genre.

Immortal’s Cosmos consists of many worlds, some of which you will visit in the game. All worlds are connected via a complex network knows as the Stream. Explore the Stream and its wondrous and deadly worlds on your mission and collect their clues, gear, and rewards to become a weapon strong enough to save the Cosmos.

Will you figure it out?

So why does it have to be you to save the Cosmos? Well… you’re going to have to find out. The main plot will never be forced upon anyone, at least not in a very large extent. We prefer to make it harder to find out about what has and is happening, and not to be in the way for those that want to get into combat as fast as possible. Once you start digging, there’s going be a lot of untold stories about the world hidden below the surface. The story is written by our excellent narrative team, including Anne Toole (The Witcher) and Adrian Vershinin (Killzone: Shadow Fall, Battlefield: 1). I personally enjoy it a lot, and I hope you will too.

That’s all for today. Thanks so much for reading! Remember to keep an eye out for updates, as more will come continuously up until release. Cheers!