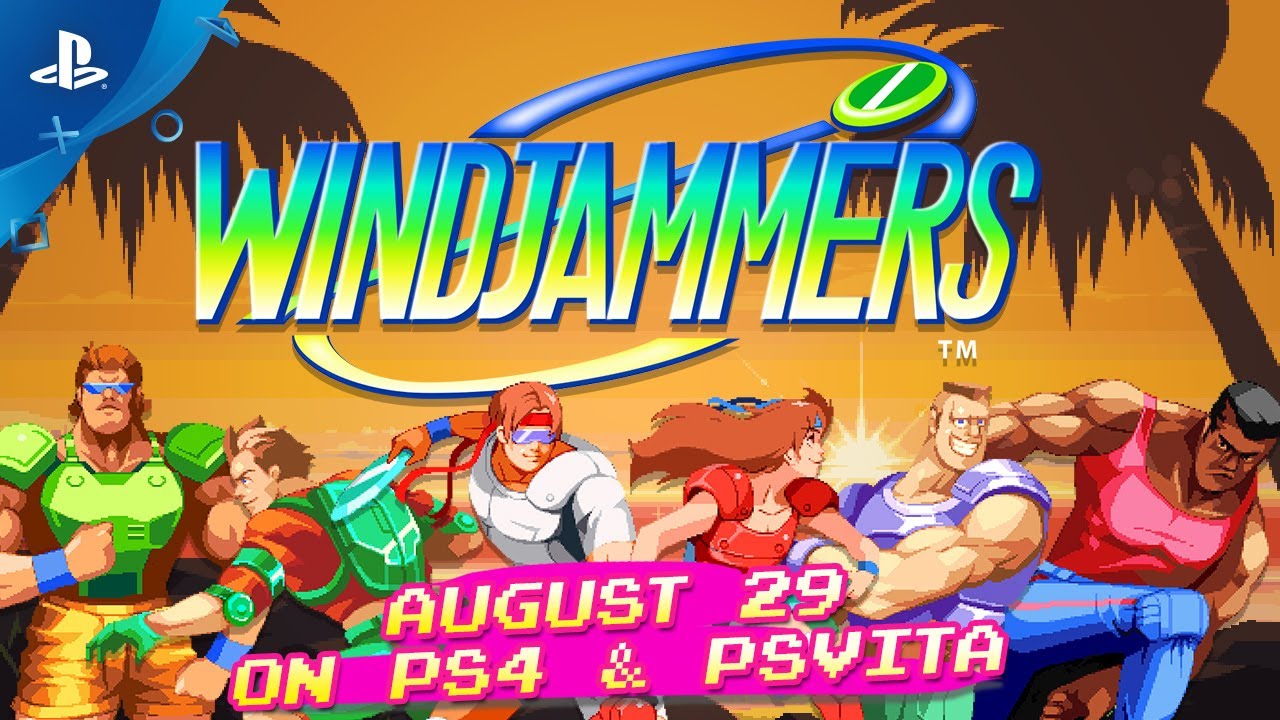 An arcade classic returns with online play and an eye on esports.

It’s been a few moons since we announced the game at PlayStation Experience. We know you guys have been eagerly awaiting the release date, and we’re happy to finally announce it!

As gamers and retro lovers ourselves, Windjammers is a legendary title that we at DotEmu hold dear to our hearts. So of course we wanted to deliver the optimum experience. This meant not rushing things, taking our time, and doing it right.

That’s a great question — thanks for asking!

Get the Community Involved

Windjammers is a straightforward game: two buttons, two characters, and a frisbee. That’s it. In pure arcade tradition, you only need 30 seconds to understand what’s happening on-screen. Add an amazing, authentic 90’s vibe (Windjammers debuted in 1994 on SNK’s Neo Geo — it doesn’t get more authentic than that) and you have a crazy, gorgeous game.

Doing super throws in Windjammers is easy and way too exciting

But just like every great game, this simplicity masks a deeper complexity. Similar to Street Fighter, Windjammers is one of those rare titles where a combination of skill, experience, and strategy is essential for victory. And as a competitive fighting game player myself (play Third Strike, it’s a good game), it was obvious and mandatory that Windjammers France, the French Windjammers community, had to be part of the development process. I mean, these guys are masters of their craft, so we had to give them what they wanted: an arcade-perfect port. And with their help, we pulled it off.

Get the Players Involved

Another great thing about Windjammers is that anybody can play and reap instantaneous fun. We knew the original game had that power, but what about our version and our netplay? And what about our online ranking and matchmaking system?

To ensure we made the right decisions and the best choices, we hosted a closed beta exclusively on PS4 and got the player community involved. The beta ran from June 8 to June 12, and more than 40,000 beta keys were distributed worldwide. This was a first for us and it wasn’t easy, but we knew it was important. We were confident that by using GGPO for our netcode and adding some improvements, the online play would run smoothly. But what about the rest?

Thanks to you, the community, we received tons of feedback regarding bugs and issues, and also the ergonomy, menus, and matchmaking system. You also provided many useful ideas regarding the general gaming experience. Most importantly, your comments confirmed that we’d captured the fun, immersive experience of the original.

What was also clear from your feedback is just how essential esports is to your expectations for the game. As an arcade and multiplayer game, we knew that Windjammers already had that built-in competitiveness, but you confirmed that it’s more than that. It’s also a fun and engaging game to play, not just for the the French Windjammers community and pro players, but for everybody.

So what’s next? Esports baby! But first we’re taking a chill pill and concentrating on the release. Windjammers arrives August 29, but we already have plans for updates and improvements. We want Windjammers to live forever and want the community to dig it more and more everyday. We’ll do our best to help you guys keep rockin’ it like a hurricane, because if you’re having fun, we’re pretty sure Windjammers will be a hit.