Wonder Boy: The Dragon’s Trap Has a New Playable Hero 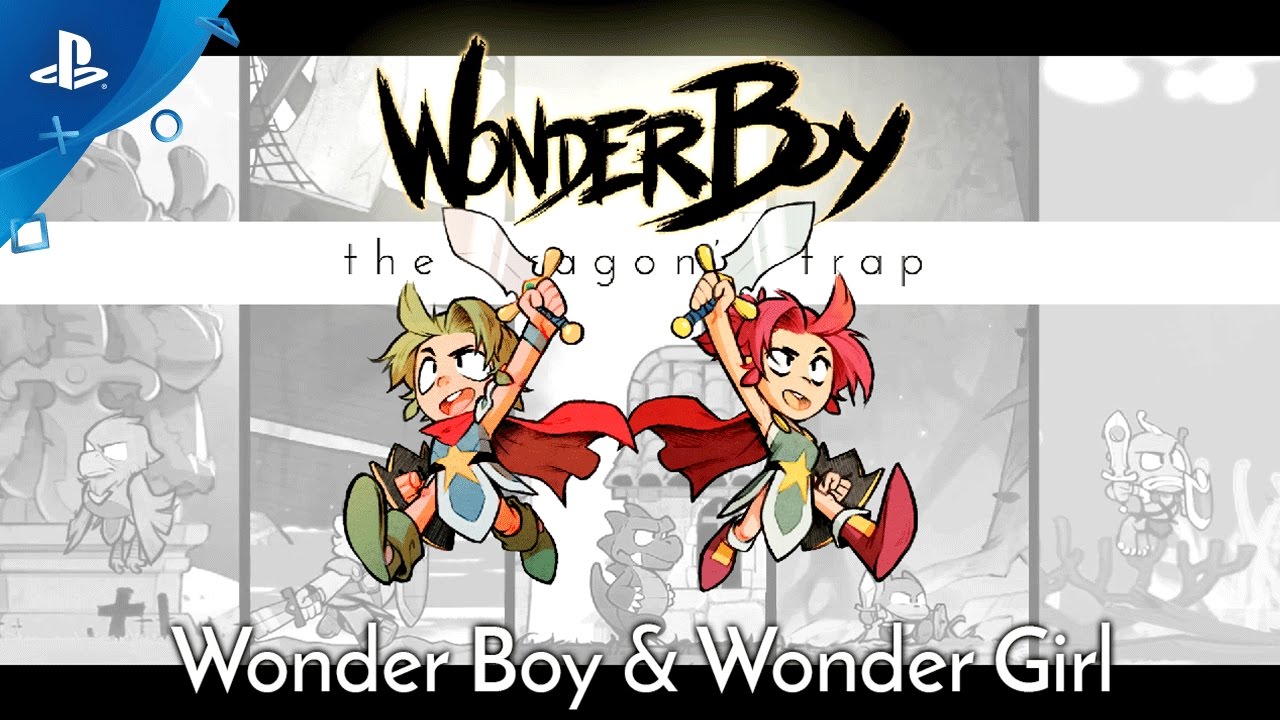 Introducing Wonder Girl, the latest adventurer to join the roster of characters in this modern restoration of a platforming classic.

Hi, I’m Ben Fiquet, co-founder and art director at Paris-based Lizardcube. We’re a new company founded by Omar Cornut and myself. I’m the artist responsible for all the visuals in Wonder Boy: The Dragon’s Trap.

Originally released in 1989, Wonder Boy: The Dragon’s Trap (aka Wonder Boy III) helped define the “Metroidvania” genre with its unique blend of action, exploration, platforming, and role-playing elements. Over the years the game has attracted a large following and is now widely considered one of the 8-bit era’s finest titles.

The Lizardcube and DotEmu teams loved the original game so much that we decided to team up and restore it, creating a new version with carefully crafted, hand-drawn 2D animations and a re-orchestrated soundtrack. Over the past few months we’ve showcased the various half-animal, playable characters, along with the popular Retro feature. But we haven’t yet revealed the new human hero design, and speculation has been rampant.

There’s a simple explanation for keeping the character’s identity a secret: we wanted it to be a surprise. But now it’s time for the grand unveiling.

Along with Wonder Boy in his classic form, you can now play as the totally awesome, totally radical Wonder Girl!

Over the years we’ve seen many different versions of Wonder Boy, depending on the specific game or console. Even the concept art had radically different characters. With such a diverse foundation to build from, it was on me to decide which direction to move in for this latest contribution to the Wonder Boy saga.

I remember as a kid, just looking at those tiny little pixels on my TV made my imagination run wild. So the obvious design choice was to start with the material I’d spent countless hours enjoying. I began with the original sprites from the Master System, aiming for a 21st-century reinterpretation.

Here’s a look at some early character development:

It’s tricky redesigning a game that players worldwide hold dear. I hope we did it justice and that new and veteran players alike will love the game and its “new coat of paint.”

Of course, you still need a contingency plan, right? In this case, if a player really digs the old-school style, he/she can switch from the new HD visuals to the original graphics (and original soundtrack) just by pressing the handy Retro button. Go ahead. Do it. I won’t judge you.

Working on this beloved classic was an amazing, once-in-a-lifetime experience. Our love and passion is infused throughout, and we hope you like it. Thanks for reading, and remember the PS4 release date is just around the corner: April 18, 2017!