Travel Across Space and Thyme in Overcooked, Out August 3 on PS4 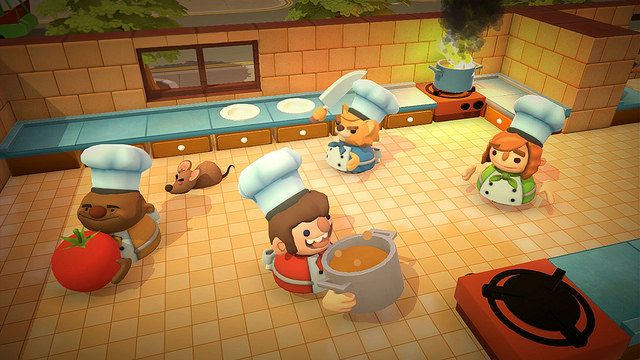 You butter be ready to enter the kitchen when Overcooked launches on August 3!

Are you ready to travel across space and thyme, quite literally, on your quest to become the ultimate top chef capable of saving the endangered Onion Kingdom?

We’re super excited to announce that the delicious couch co-op cooking game Overcooked will be available to download August 3 on PS4.

Play solo or invite your friends to join you for some classic four player couch co-op action. I must warn you that things tend to get a little dicey when you’re joined by friends — and that’s in the cooperative mode! You’ll have to work as a team to prepare a range of foods and serve up a variety of tasty orders. Sharpen your knives and dust off your chef’s whites, there isn’t mushroom for error and the steaks are high in the Onion Kingdom!

And don’t be expecting regular kitchens… that would be far too predictable. You’ll be travelling the land cooking up a storm in street festivals, pirate ships, food trucks, haunted houses, frozen realms, fiery volcanoes, and outer space!

Would you look at the clock? I best be off… Gouda luck!