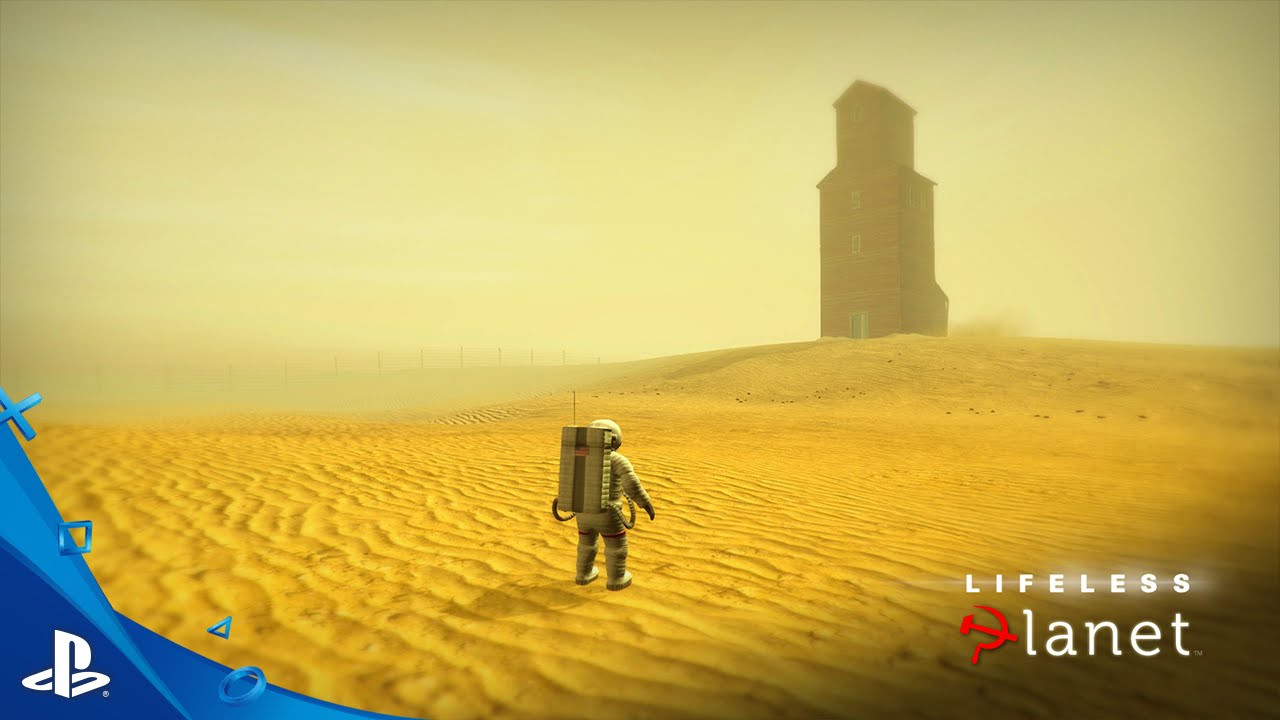 While seeking life on a distant planet, an astronaut discovers an abandoned Russian town. He suspects his mission is a hoax until a mysterious young woman saves him from a strange and deadly phenomenon.

The Premier Edition of the mysterious sci-fi adventure Lifeless Planet is coming to PlayStation 4 July 19! This remastered version is being published by Serenity Forge, and it harnesses the awesome power of the PS4 to tell a truly intriguing and thought-provoking story.

Exclusive to the PS4 release, the main character model has been updated with more detail and double the texture resolution. The game also runs on an updated game engine and features advanced physically based shaders and dramatically improved lighting. The Premier Edition on PS4 shows off the starkly atmospheric world of Lifeless Planet in all its glory.

After a hard landing, an astronaut discovers that this planet, which was reported to be rich with life, is instead a barren wasteland. When he goes searching for his crew, he makes a more startling discovery: evidence that humans have already been to this planet years ago! When he comes upon a deserted Soviet-era Russian town, he struggles to make sense of his mission. Did his light-speed travel to the planet send him back in time? Or is this all some strange Cold War hoax?

Lifeless Planet was inspired by Cold War era science fiction stories, posing questions about humankind’s desire for space travel. What if you journeyed across the galaxy to another planet, only to find humans had already been there? What kind of person would sign up for a one-way mission, leaving behind planet Earth and everyone they’ve ever known and loved… to go in search of an Earth-like planet?

Equipped with a limited-use jet-pack and a mobile robotic arm, the player must use their wits and skill to solve puzzles, unravel the mystery, and survive the Lifeless Planet!