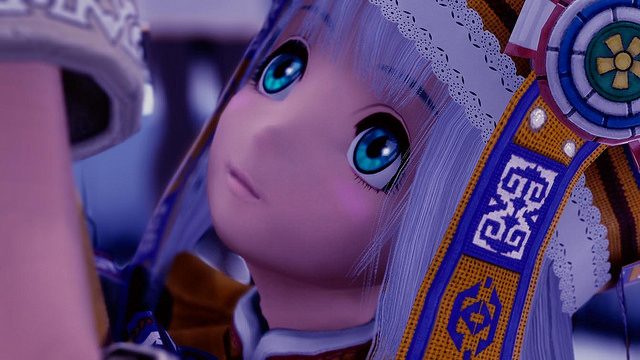 Prepare to embark on a quest across dangerous lands, distant planets, and an endless sea of stars. A classic RPG series is set to return this week with Star Ocean: Integrity and Faithlessness, which launches on PS4 and ushers in a new chapter of an awe-inspiring adventure.

In Star Ocean: Integrity and Faithlessness, a young swordsman from the kingdom of Resulia repels a bandit attack on his small town. Soon after, he and his companions are swept up in a quest that extends far past the humble confines of his planet, and into the vast reaches of space beyond. Star Ocean features richly strategic real-time combat, deep customization systems, a diverse cast of characters, and a stirring score sure to delight any RPG enthusiast.

For a full list of new games launching this week, read on. And enjoy the Drop!

Set in a brutally unforgiving, post-apocalyptic world overrun by the undead, 7 Days to Die is an open-world game that is a unique combination of first-person shooter, survival horror, tower defense, and role-playing game. It presents combat, crafting, looting, mining, exploration, and character growth, in a way that has seen a rapturous response from fans worldwide.

A Boy and His Blob
PS3 — Digital

Castles tells the story of the ambitious King Harold, whose greatest achievement will be the tower you are constructing. As the tower grows taller and taller, more and more challenges arise along with it. Featuring three different modes and more than 50 levels of randomized gameplay in story mode, you’ll never play the same game twice.

The release date of this game has been updated.

Full Mojo Rampage is a roguelike that takes place within the confines of the Voodoo reality. In this realm only the most powerful rites and powers can provide a safeguard against evil. Dying is not the end, only the beginning to becoming a stronger voodoo soul!

Facing an enemy completely immune to conventional weapons, modern society is driven to the point of extinction. One last hope remains. Following the Fenrir Organization’s development of God Arcs, their wielders are organized into an elite force of God Eaters. As the newest recruit to Fenrir’s Far East Branch, discover that in times of adversity, humans will go to any length to survive in God Eater Resurrection.

Heart&Slash is a 3D brawler roguelike robot love story set in a world where machines are all that remain from human civilization. You play as Heart, a sentient robot fighting to escape the grip of the evil and all-seeing machine QuAsSy (Quality Assurance Systems). Heart&Slash offers players something new and challenging because it is not about mastering one system, but rather adapting to what is provided and making the most of it.

JoJo’s Bizarre Adventure: Eyes of Heaven is serving you Stylish Tag-Team Action realness exclusively on PS4. Featuring a completely new two-on-two battle system, larger arenas, more characters, all the DLC previously released in Japan, and a brand new scenario from Hirohiko Araki’s epic series, get ready to experience the House of Joestar like never before!

Pharaonic is an unforgiving side-scrolling action RPG set in Ancient Egypt. Explore a vast kingdom full of dangers and brutal enemies while you find the truth behind Ahmosis I, the Red Pharaoh. Only the most audacious warriors will have any chance of success.

Take control of the building and running of a maximum security prison as the critically acclaimed lock-em-up arrives on PS4! Acting as both architect and governor, you control every detail of your Prison — from building new cells and facilities to hiring staff and creating reform programs — all while dealing with informants, contraband smuggling, gang warfare, full scale riots, and more!

One of the most popular Resident Evil titles comes to PS4 in 1080p with an increased frame rate. Featuring single-player and co-op modes and a dramatic storyline, this fully-loaded release includes all previously released DLC, and the previously PC-exclusive No Mercy mode, as well as the new mode “The Mercenaries United.”

Don’t let the comic look fool you. Being a good RGB agent requires a lot of talent. Spy Chameleon is an arcade-puzzle game where the player must avoid being seen thanks to the chameleon’s ability to change colors and camouflage.

Star Ocean, the epic, sci-fi RPG saga that takes players to the stars and beyond makes its triumphant return with the fifth installment in the series. The title is developed by tri-Ace, the celebrated studio behind each of the previous iterations, with character designs by akiman (Street Fighter series).

Steredenn is a frenetic and chaotic space shooter carved in big beautiful pixels with insane boss battles. Embark in your ship and engage the fight against dreadful space pirates in a never-ending combat for your survival.

The Technomancer is an action-RPG set on Mars. Feared and respected by all, the Technomancers are fearsome warriors trained to fight from a young age. You are on the verge of completing your initiation rite to become a fully-fledged Technomancer yourself — but will you survive long enough to uncover the mysteries hidden in Mars’ dusty embrace?

Zero Escape: Zero Time Dilemma features diabolic new puzzles and fully animated story sections that push the boundaries of interactive storytelling! Newcomers and familiar faces round out a robust cast of characters while English and Japanese voice over options flesh out the narrative. Multiple endings and non linear story mechanics will keep you coming back for more!

Sniper Elite VR sets its sights on a July 8 release