The Crew Hits 5 Million Players: 5 Secrets You Should Know About 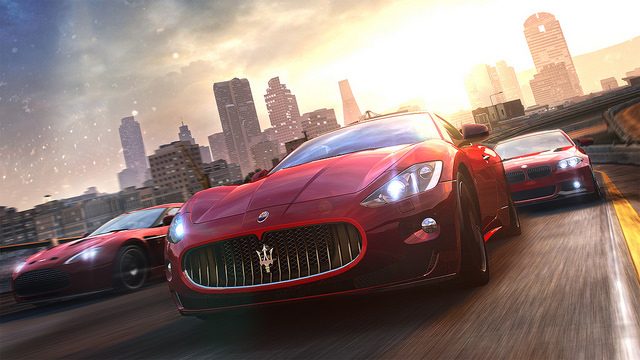 Hi there! I’m the Community Developer at Ivory Tower. The Crew has just reached 5 million players, and we are so grateful for such an amazing community that we wanted to share some of the game’s best hidden secrets. Being a witness of our players’ discoveries and creations, I know for a fact that they’ve discovered a lot of what our big world has to offer… but not everything! So here’s our little gift to you: five inside fun facts you (probably) didn’t know about.

Some of us actually have an in-game doppelganger, including executive producer Ahmed Boukhelifa, game director Stephane “Fergus” Beley… and yes, I’m in there too.

Originally, we thought that since we were building a living world, what better way to populate it than with people from the team? However, not everyone could be included: beards were a bit problematic to recreate, so only women and clean-shaven men were part of the casting.

The process itself took a few days, taking several pictures of the selected team members before integrating them to the game. Fun fact: the bodies don’t always match the faces, so some doppelgangers are actually taller or shorter that their original self.

You have to admit, though: we can all dodge traffic like athletes!

2. You can drop by the schoolhouse from Hitchcock’s The Birds and check out the wedding chapel from Tarantino’s Kill Bill Vol. 2

The Crew is deeply rooted in the American movie culture, the USA being the setting of many famous road-trip movies and legendary car chases. But we thought we’d give the world a few more Hollywood references for our players to discover.

One of them is from Hitchcock’s The Birds, reminding us of one of the movie’s most nerve-wracking scenes, when the birds attack the students running away “as fast as they can” from their school.

Well, if you drive just North of San Francisco, in Bodega Bay, you’ll be greeted by a flock of crows in front of the emblematic schoolhouse.

You’ll see another wink to a great movie on the road just east from Monument Valley. On the west side of the road is a replica of the wedding chapel where Beatrix Kiddo aka “The Bride” dodges just enough bullets to start her epic journey to vengeance.

3. Bigfoot, UFOs and unicorns are real

These 3 Easter eggs are pretty famous amongst our most dedicated explorers, but I just can’t leave you without mentioning them! Bigfoot is chilling next to the Northern Cascades forests on the west coast, a UFO has landed in the Western Shrub steppes near the dead airplane yard in the Mountain States, and a unicorn is running free in the Coal State forests on the East coast.

Don’t bother looking for Santa, though — this one (spoiler alert) REALLY doesn’t exist…

4. Snowmen have feelings, you know

Winter is always coming somewhere on our map, and if you climb up the Rockies you’ll spot a bunch of smilng snowmen here and there. Well, if you’re heartless enough to knock one down, you’ll see its happy face turn into a sad one.

It’s all fun and games but don’t forget: all actions have consequences, folks. Please don’t go ruining your karma over that one.

Cruising around in supercars, racing bikes or monster trucks doesn’t mean you can’t enjoy nature’s beauty every once in a while. Here’s a tip for all wildlife lovers: take the coastal road just east to Cape Cod and head down south. You’ll see a small pier on the ocean, with a few sailboats completing this very soothing landscape. Just wait a few seconds, and you should see a whale jumping out the water and landing with a big splash. Magnificent, isn’t it?

Of course, there are many more secrets to reveal in The Crew, but I wouldn’t want to spoil all the fun! So go out there, make this world yours, and don’t forget to immortalize your findings with our Photo Mode and share it with the community! You know what they say: pics or it didn’t happen.

By the way, to celebrate our five million players, we’ll be granting everyone who logs into the game on May 28th 50,000 Crew Credits!

See you on the road.