The King of Fighters XIV to Debut August 23 on PS4 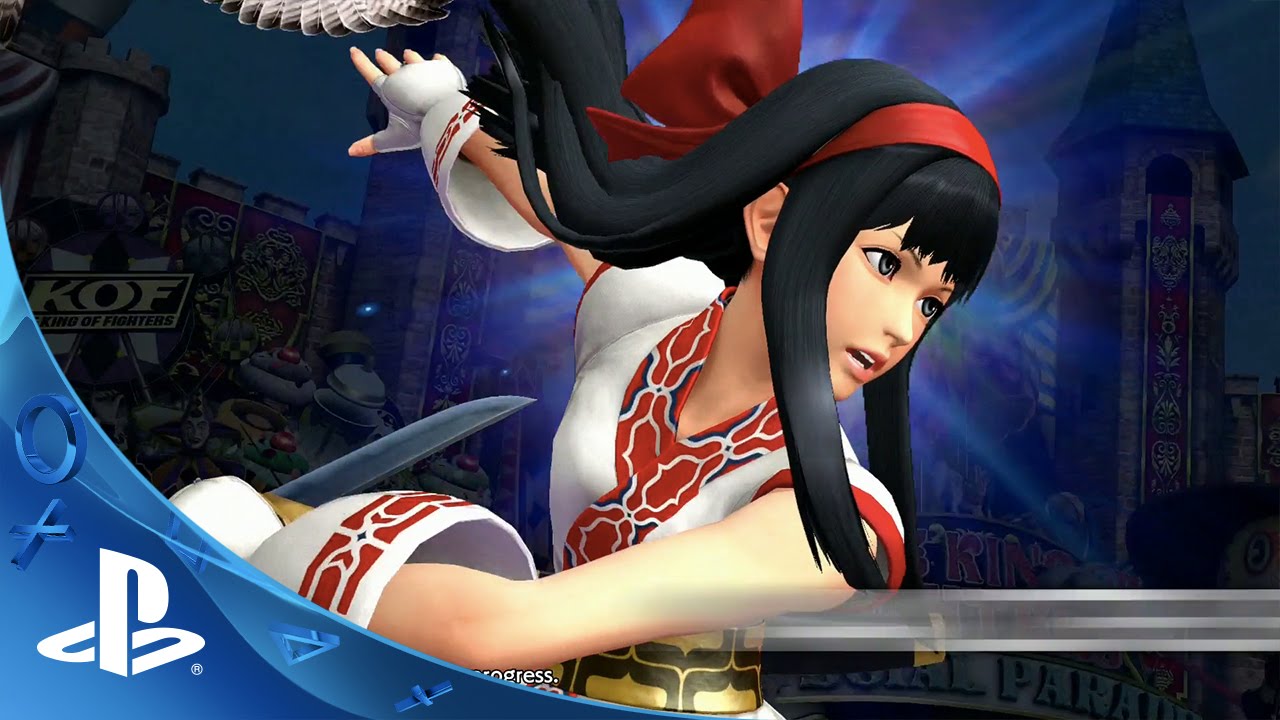 Ladies and gentlemen, 50 fighters are ready to meet in The King of Fighters XIV, coming August 23 on PS4!

The King of Fighters XIV marks the first chapter in a brand new saga, so you’d better come prepared.

KOF has become a major business, generating huge profits and numerous spin-off tournaments worldwide. However, this led to a lowering of the overall quality, and voices began to rise across the globe demanding the formation of one unique, worldwide KOF competition.

One day, a billionaire claiming to be the “first champion” bought out all of the rights for the KOF Tournament. His name: Antonov. The announcement of a new KOF Tournament by the self-proclaimed champion created unprecedented enthusiasm around the world. From there, this excitement reached many of the classic participants of the legendary tournament directly in the form of an official invitation…

Here’s a quick look at what else is in store for players in The King of Fighters XIV:

3-on-3 Team Battle
The series’ traditional three-on-three Team Battle system is back in The King of Fighters XIV, so that 50 character roster is gonna come in very handy when picking out your best team.

Climax Cancel
The trademark mechanic that defines the KOF Series has deeply evolved. In The King of Fighters XIV it allows the player to strike Super Special Moves up to three times, leading to the ultimate sequential combo and devastating damage!

Game Modes
The King of Fighters XIV features a large variety of game modes such as a Story Mode, a VS Mode, and a Gallery Mode for the best KOF experience.

Party Battle
Have a group of friends online? Compete in a three-on-three Team Battles via online between teams of players!

Online Training
Newcomers and veterans alike can learn how to become stronger with master players via the Online Training feature! Find a senpai who will tutor you to greatness!

Online Communication
The King of Fighters XIV will make full use of the PS4 online functionality in order to widen players’ communication and communities.

But on to the best part…

For the Americas, we’ll have a special Pre-order/Day One edition!

First, physical copies of the game are going to arrive in a collectible SteelBook case, with series mainstay Kyo on the cover!

But we’re not stopping there (Maybe you’re not understanding the tagline “Burn to Fight!”) because Atlus U.S.A. is also making the Classic Kyo DLC costume free for the week following launch as a download on PlayStation Store!