PlayStation Plus: Free Games for March 2016 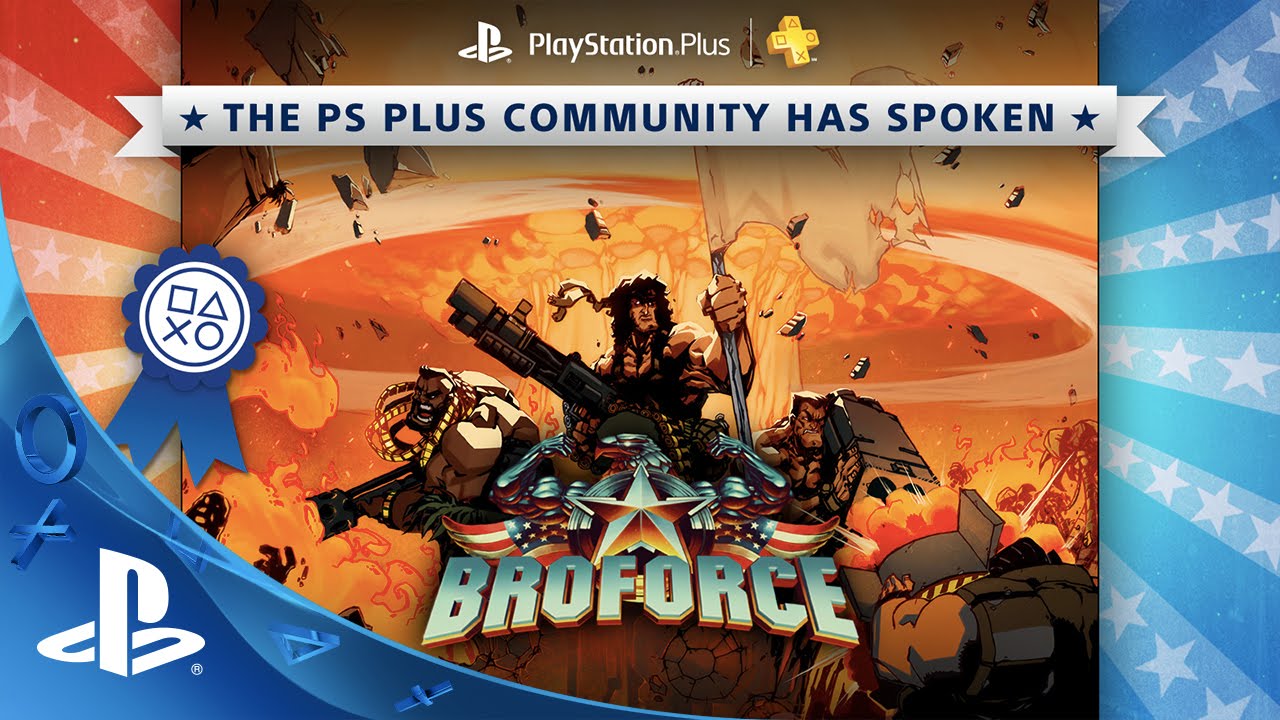 Well, you’ve done it again! After an exciting Vote to Play campaign, PlayStation Plus users have selected Broforce as the first title in March’s PS4 free games lineup. You picked it, you got it!

If you’re a fan of the other two games, don’t worry, we’ve got you covered. Assault Android Cactus and Action Henk will be available for PlayStation Plus members with a 30% discount from March 8th to March 21st.

So what can you expect as a bro in Broforce? You’ll fight evil and rescue bro teammates using fire, napalm, and whatever else you find in the name of freedom. We hope you enjoy this run ‘n’ gun shooter with up to four of your closest bros.

Next up, Galak-Z, a two dimensional sci-fi shooter taken to the next level. Pilot your ship through this physics-driven, procedurally generated world while surviving several enemy factions. Wait, did I mention that your ship can transform into a laser sword-wielding Mech? Can this get any better? (Hint: Stay tuned for exciting news about Galak-Z in the coming weeks.)

Before you go, we want your feedback! Please leave us a comment below and tell us what you think of the lineup. Thank you for stopping by.

Until next time! Enjoy.