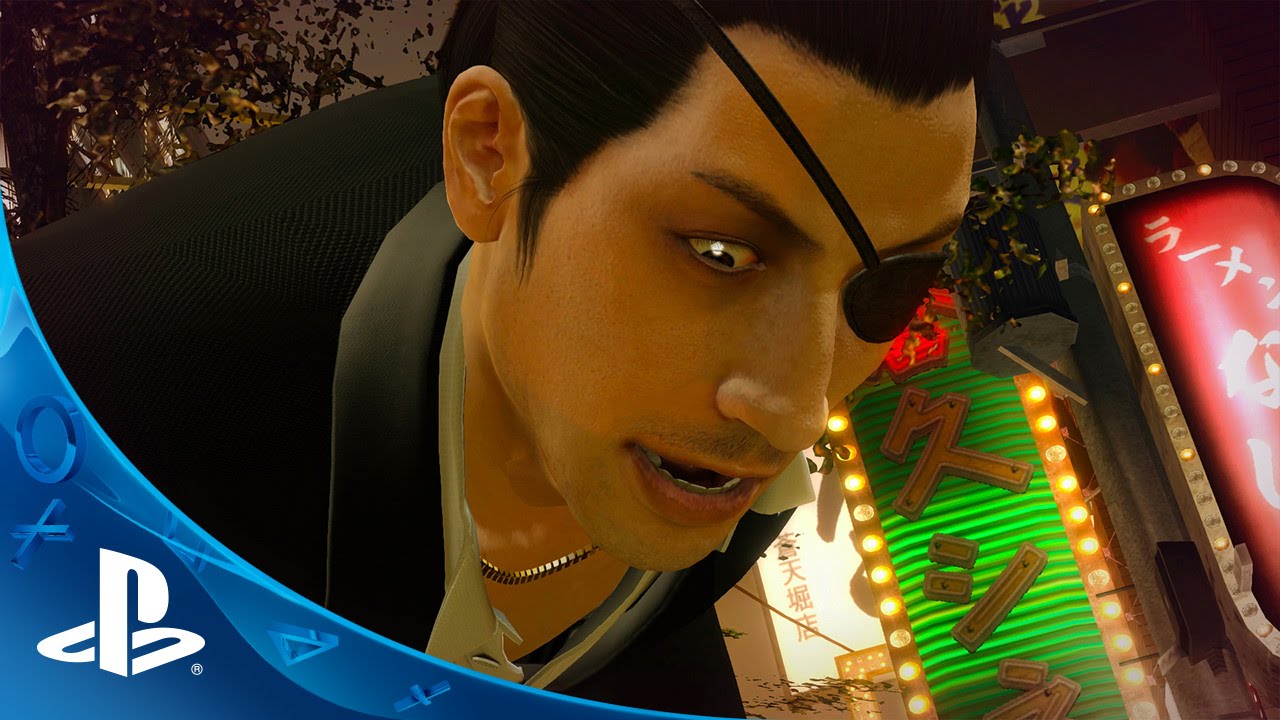 As you saw at PlayStation Experience, we’re launching Yakuza 5 in the West on December 8th and we’ll be bringing Yakuza 0 to the Americas.

Besides being the 10th anniversary of the series, the release date for Yakuza 5 couldn’t be more perfect. While the Christmas holiday is a time for catching up with family, no sane person can spend more than two hours with relatives you see once or twice a year. One can only handle so much small talk and Christmas music before the madness starts creeping in.

With that said, I’ll be spending a lot of time over the holiday exploring the open world of Yakuza 5. Taking place across five different cities in Japan, Yakuza 5 follows five protagonists who have been involved with various yakuza syndicates in the past. Through a series of events, the protagonists are forcibly dragged back into the seedy underworld of Japan and will need to rely on their fighting, driving, shooting, and dancing skills to survive.

Moreover, we like to call the game “the Japan simulator” because the game’s numerous side-missions and mini-games genuinely make the game feel like being in Japan. I know that the myriad of things to do in the game will help recharge my batteries before explaining to my aunts for the one hundredth time what PR is and why it’s a real job. So, if you’re looking for an escape this Christmas, Yakuza 5 will be available digitally for PS3 on PlayStation Store.

But of course, you’re probably very interested in the other announcement we made. Yes, you heard correctly. Grab your gold chains and break out the party favors, we’re bringing back the 1980s by releasing Yakuza 0 to the Americas. Players will witness the rise of junior yakuza member Kazuma Kiryu, not yet the Dragon of Dojima, as he tries to regain his honor after a botched debt collection that ended in murder.

Additionally, for the first time in a numbered game, gamers will be able to play as Goro Majima, the Mad Dog of Shimano, as he tries to rejoin his clan. You don’t get nicknames like “Dragon of Dojima” or “Mad Dog of Shimano” for being soft, so expect each character to have his own unique fighting style and abilities that can be unleashed on poor rival gangsters.

The game is set in Tokyo, December 1988, and players will experience the cold weather and cold hard cash that is flooding the city. Cash is king and everyone, especially the yakuza, needs to have more of it. Thankfully, Kiryu and Majima are the “entrepreneurial” type and will have plenty of ways to make, spend, and take money. From telephone clubs to disco halls, there will be ample opportunities for Kiryu and Majima to flex their colorful suits, gold watches, and fat stacks.

Yakuza 0 will be localized and released physically and digitally for PS4 in the Americas. Stay tuned for more news soon!