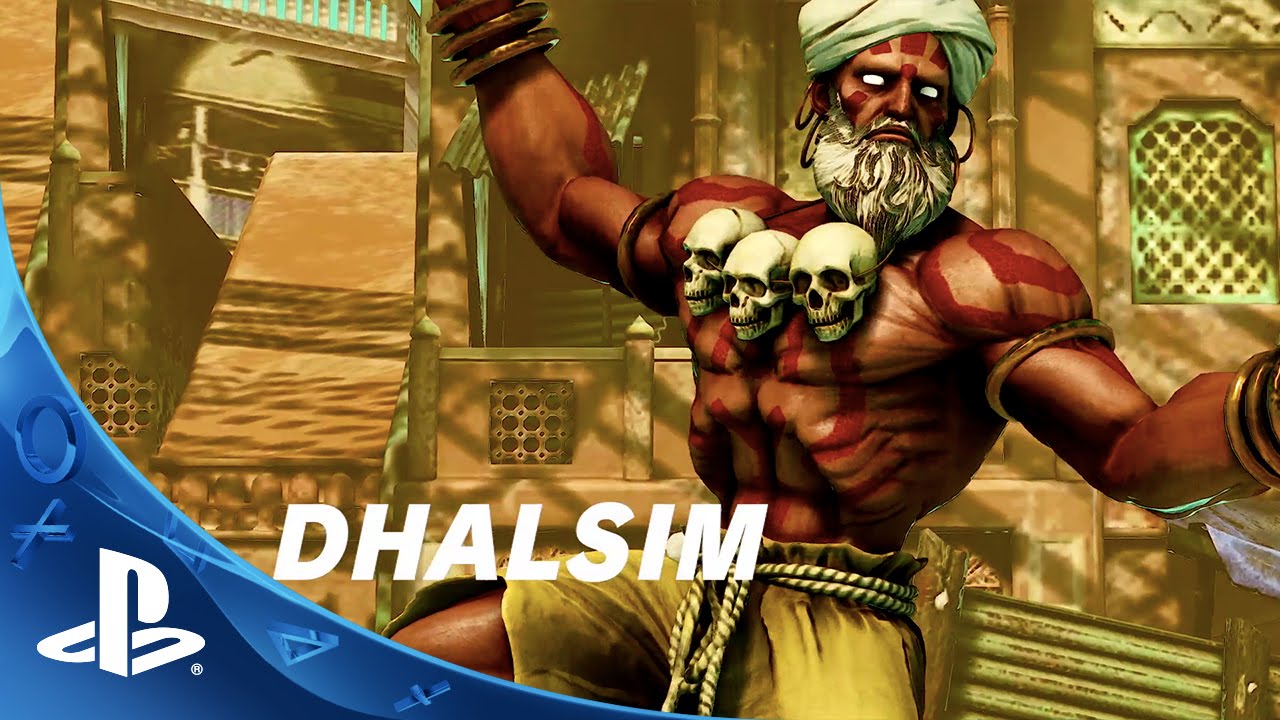 Hey everyone, there was quite a bit of info just announced at Paris Games Week. First, Street Fighter V has a confirmed release date of February 16th, 2016 in North America! So mark your calendars as we count down the days towards launch.

Also, we have just announced that we’re releasing six additional characters post-launch in 2016. As mentioned previously, all post-launch gameplay related content will be earnable with Fight Money, and we have revealed the first details on how players will be able to earn Fight Money when the game comes out. And last but not least, we have confirmed that Dhalsim will be joining the initial roster as the first true zoning character in the game.

In case you haven’t heard, Street Fighter V is moving away from doing large bundles of post launch content, such as our prior Super or Ultra upgrades, and instead will be continuously releasing new post-launch content on a regular basis. No longer will you need to wait one or two years for new Street Fighter goodness; it will always be right around the corner.

We have confirmed that we will be releasing 6 new characters post-launch in 2016, which will bring the total roster up to 22 characters by the beginning of 2017. On average, we will release one new character every two months, provided everything stays on track with our development schedule. More specifics will be shared when our post-launch plans are confirmed.

Now, the next question you probably have is… how hard is it to get these characters for free?

The purpose of the Fight Money system is to reward players who stay engaged with Street Fighter V over time. While we are still finalizing details on pricing and Fight Money accumulation rates, which will be refined throughout our future beta tests, we are excited to share some details on how we are approaching the new system.

There will be two primary methods for players to gain Fight Money: completing daily goals, and leveling up individual characters.

Each day a player logs into the Street Fighter V client, they will be assigned a new daily goal. Daily goals should be easily achievable in in one play session, and will award Fight Money based on their difficulty.

Some example goals are as follows:

Daily goals will help players improve with a variety of characters. It will also ensure that players with a limited amount of time to play per day can still earn characters for free. We want a system that rewards frequency of play, rather than requiring long marathon grinding sessions.

Another goal that we have for the Fight Money system is to ensure that players can still earn Fight Money through both single-player and multiplayer modes. We accomplish this by allowing players to earn Fight Money by leveling up individual characters in a variety of modes.

To remove any confusion up front, leveling up a character in Street Fighter V will not affect game balance. It only shows how much time and effort an individual has placed into learning a character.

Each time a player levels up a character, they will receive a Fight Money bonus. Earlier levels will be easy to obtain, and will scale to become more difficult the higher the level.

Street Fighter V will reward players who experiment with a wide variety of characters, and those who play frequently. If you complete your daily goals and level up your characters on a regular basis, you’ll be on your way to earning new characters with ease!

For those who just can’t wait to earn each piece of new content, content can also be purchased instantly using our premium currency, named Zenny, which can be bought with real money.

The return of Dhalsim in Street Fighter V marks the addition of the first true zoning character to join the initial roster. Using his long-range limbs and slow projectiles to frustrate overly offensive opponents, Dhalsim’s style has historically been keep-away since his inception in Street Fighter II.

Although he’s a pacifist, Dhalsim steps into battle when it comes to saving others. From raising money for the poor to destroying dams that are forcefully keeping water from his village, Dhalsim takes up arms if the good outweighs the harm he can cause.

In Street Fighter V, Dhalsim once again joins the fray to help those in need. Not one to slack on his Yoga training, Dhalsim has mastered a few new Yoga skills for this upcoming battle, those being his V-Skill — Yoga Float and his V-Trigger — Yoga Burner.

Upon activation Dhalsim hops into the air and floats for a few seconds. During this time, all airborne attacks and specials are accessible. This can also be activated in the air.

Dhalsim shoots out a stream of flames that stays on the screen on the floor for an extended period of time. If the opponent stands in the flames, they will slowly lose life in the form of recoverable damage. Once they step out of the flames, their life will begin to recover.

Will Dhalsim’s style be strictly keep-away or will he be more aggressive this time? Fans at Paris Games Week will be experience him for the first time on the show floor, so people will find out soon enough!

Until next time guys!