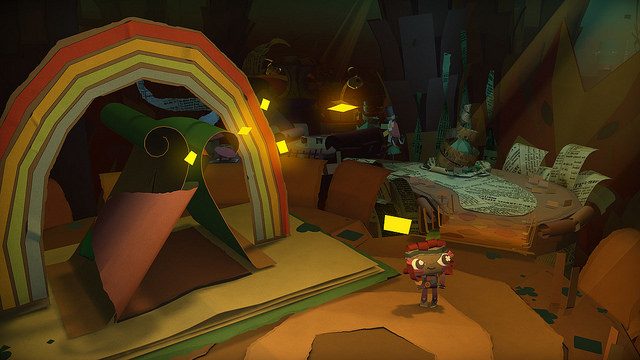 Hi everyone. We launched our epic PS4 papercraft adventure Tearaway Unfolded into the wild last month and we’ve loved seeing the response from both players and critics alike.

During the making of any game, there are always a great wealth of fascinating facts and figures about the project that never usually see the light of day. With that in mind, we’ve decided to dust off our memories and take a look back at the development of Tearaway on PS Vita and Tearaway Unfolded on PS4 to share some of our most secret squirrels with you all!

Did any surprise or astound you? Let us know in the comments below! And if you haven’t picked up your copy of Tearaway Unfolded yet, visit PlayStation Store to begin your papery adventure.