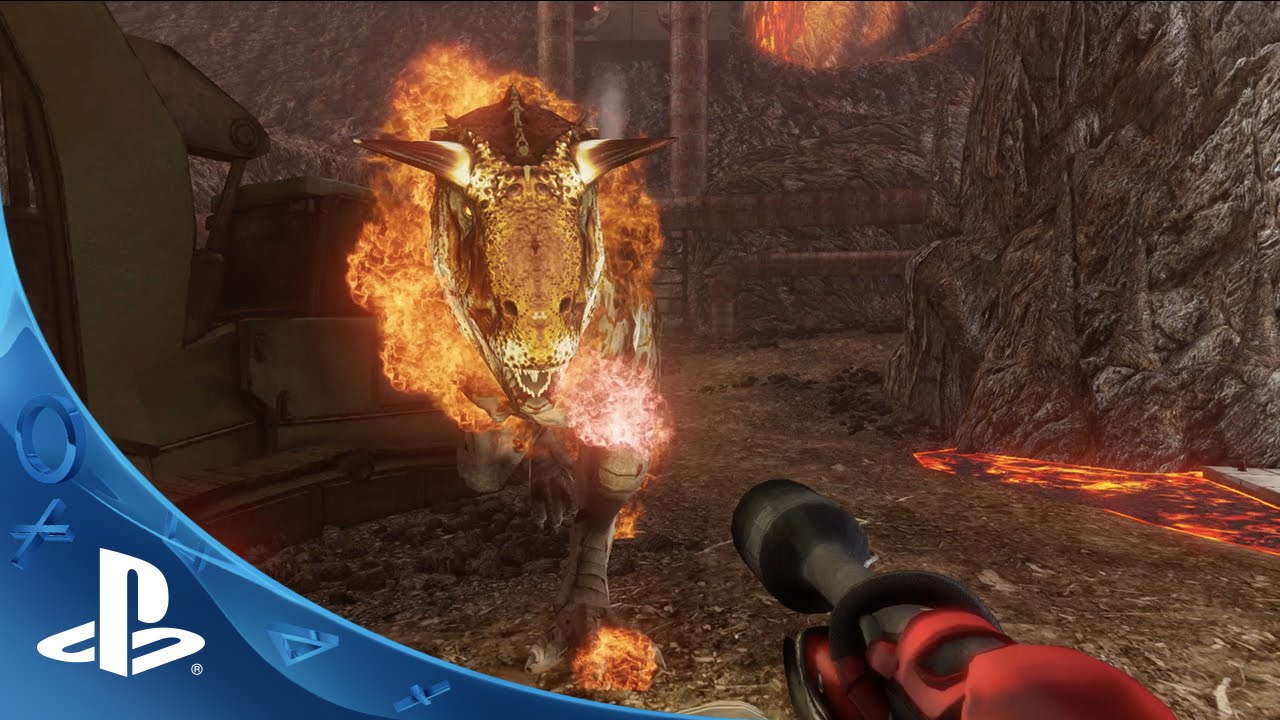 In a nutshell, Primal Carnage: Extinction is a class-based biter/shooter in which you play as your favorite dinosaur or mercenary to bite/claw/douse-with-poisonous-spit members of the opposing team in a variety of gameplay types.

The game is no-frills, jump-in-and-have-fun PS4 multiplayer mayhem with up to 16 players in player-hosted online and offline (single-screen LAN) modes. It makes great use of DualShock 4 and even has a custom control scheme for PS Vita Remote Play. Playing as dinosaurs, spit, pounce, chomp, and tail-swing your way to the top of the food chain. Not exactly your typical FPS. As far as the human team, use weapons unique among first-person shooters to tranq, net, snipe, shoot, flame, or rocket your way to homo sapien superiority.

Whether you’re comfy in your human skin or dinoLARPing is more your thing (we don’t judge), we hope you enjoy this modified take on the class-based first-person shooter genre.