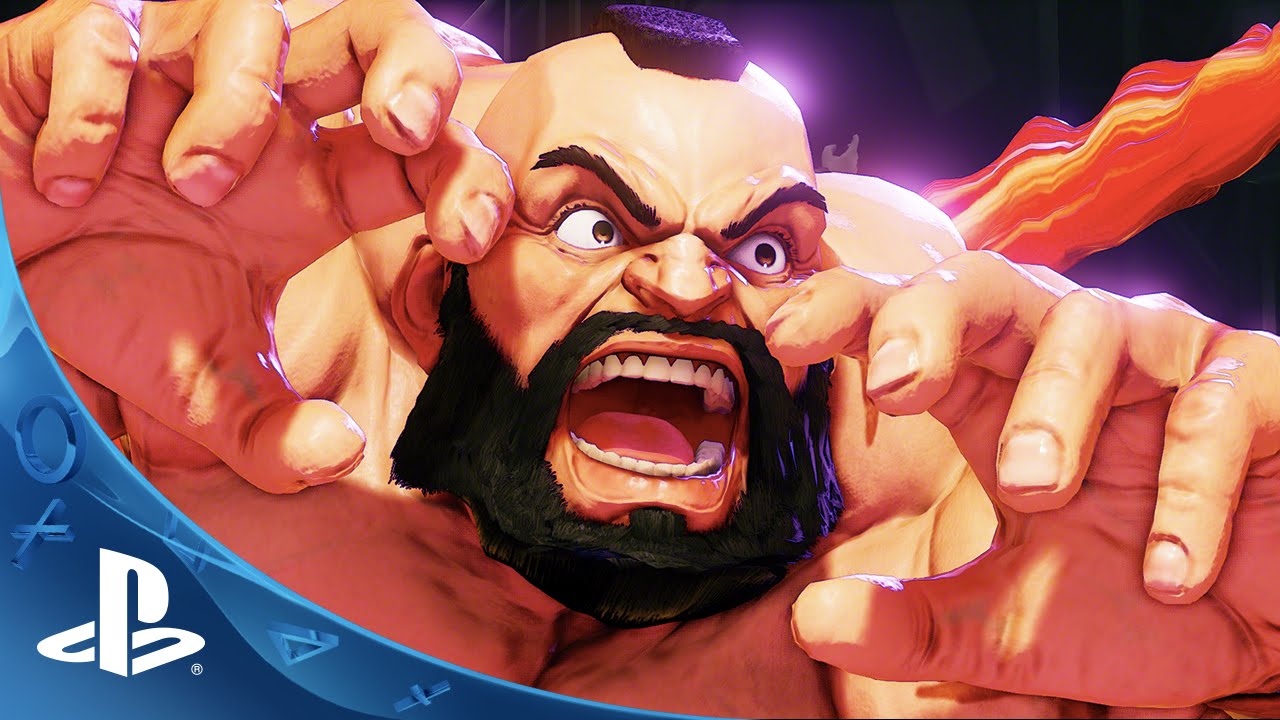 Hey everyone, some big news was shared moments ago at the IgoMir event in Russia! The “Iron Cyclone” will be making his way into Street Fighter V!

When it comes to raw strength, not many in the world can compete with Zangief. Training day and night, Zangief believes that the only way to victory is to have a body complete with perfect muscles. Due to his intense training, which includes wrestling bears, Zangief can lift the heaviest opponents with ease!

In SFV, Zangief shows off the results of his training through his newfound V-Skill, Iron Muscle and new V-Trigger, Cyclone Lariat. These two skills are just the tip of the iceberg however, as Zangief has even more new tactics in store for the world warriors this time around.

V-Skill: Iron Muscle
Zangief shows the true power of his body when he activates Iron Muscle. During Iron Muscle, Zangief can absorb one attack, which leaves him with recoverable health.

If players hold down medium punch and medium kick and then press a direction on the stick, Zangief will begin to slowly close in on the opponent. Upon release from the walk, Zangief flexes his muscles and hits the opponent if close enough.

And that, ladies and gentlemen, wraps up Zangief. With only three characters left to reveal, you’ll want to be sure to check back in frequently to see who makes it into the next announcement. Who do you think will be next?