Looking for the PS Plus lineup? Well, you’ve come to the right place, friends. Please take off your shoes and stay awhile…

This month, the lineup includes four games you can play on PS4. And we’re starting off big with Metal Gear Solid V: Ground Zeroes on PS4. The latest chapter in the renowned Metal Gear series sends Big Boss into a high-security Cuban military base on a daring rescue mission. Use new stealth techniques along with Snake’s iconic repertoire to infiltrate the base (and perhaps mess around with enemy soldiers along the way).

Also on PS4 is Skulls of the Shogun: Bone-A-Fide Edition, a turn-based strategy game with a twist: your army is undead! Undead samurai, to be exact. Build up your forces and conquer all to reclaim your honor!

As mentioned above, both PS Vita games in the lineup are also available on PS4. That’s right, you can play Super Exploding Zoo and Futuridium EP Deluxe on PS Vita and PS4. And rounding out our list is Call of Juarez: Gunslinger and Cloudberry Kingdom on PS3.

These games will be free for PS Plus members starting on June 2nd. If you prefer watching videos instead of reading, hit the play button below to see the full lineup. 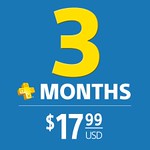 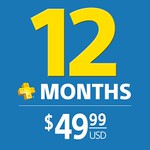 Free for PS Plus members
A visually stunning chapter in a long-running, deeply complex series. This nail-biting mission onto a Cuban military base follows Snake as he attempts to rescue Paz from enemy imprisonment.

Free for PS Plus members
This turn-based strategy game turned a lot of undead heads with its story of a Samurai Afterlife. Build an army of the undead, battle your opponents, and regain your honor.

Free for PS Plus members
Players must defend all the precious animal eggs in the zoo from evil aliens who want to eat said eggs. How do you defend these tasty treats? With a herd of explosive animals, obviously.

Free for PS Plus members
A psychedelic, retro-inspired shooter with crazy action, puzzle elements, and a bumping electronic soundtrack. May or may not induce random dance parties.

Free for PS Plus members
This first-person shooter celebrates the wild west in a big, bloody way. Take down anyone unlucky enough to cross bounty hunter Silas Greaves.

Free for PS Plus members
The dev team behind this insane 2D platformer spent 2 years building an AI that could build a near-infinite number of levels for any difficulty. It looks totally bananacakes. Good luck with that!

What were your thoughts on May’s PlayStation Plus game lineup?

Until next week! Enjoy.