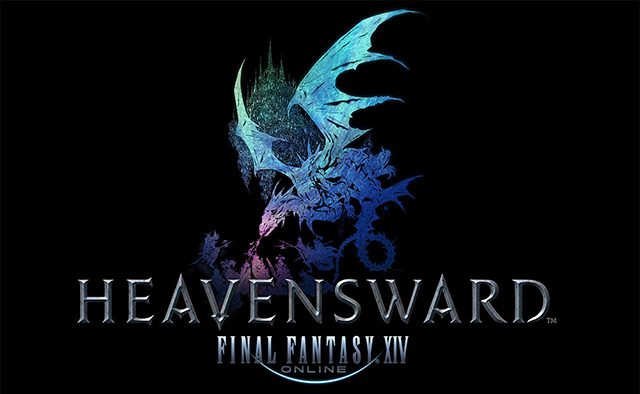 With millions of subscribers and an ever-growing world of content to explore, Final Fantasy XIV: A Realm Reborn has struck a chord with the larger MMO community — and it shows no signs of relenting. In fact, Square Enix revealed today that its upcoming expansion, Heavensward, will debut on June 23rd of this year. It will introduce massive new zones, flying mounts, three new jobs and more to the already staggering Eorzean landscape.

During the Game Developers Conference earlier this week, my colleague Ryan Clements and I spoke with Producer and Director Naoki Yoshida about his tireless work on Final Fantasy XIV. Of course, we couldn’t pass up an opportunity to ask for new details pertaining to the upcoming Heavensward expansion.

Yoshida, with his immaculately styled hair and impressive collection of metal rings, exudes a calm, confident air, despite the tremendous expectations placed upon him and his team.

Heavensward promises to add an incredible amount of new content to Final Fantasy XIV, but Yoshida notes that none of the FFXIV team members are dedicated to work solely on this new expansion. While developing Heavensward, the team has also been working to implement new content into the existing FFXIV experience — including the fan-favorite Gold Saucer and Triple Triad, a fully featured deck-building card game that hearkens back to Final Fantasy VIII and is playable across Eorzea with NPCs and other players alike.

“The thought of pushing Gold Saucer back to Heavensward never crossed my mind.”

It was a conscious decision to add lots of new content, including Gold Saucer, near the end of the FFXIV 2.X storyline, to make sure players have plenty to do until Heavensward launches.

Zones in Final Fantasy XIV are already huge — they’re designed to fit within 2km by 2km boundaries — but there are new scenarios to consider since Heavensward will introduce flying mounts (including flying chocobos and single-rider airships) for the first time. Flying mounts will get you around approximately three times faster than ground-based mounts, but Yoshida’s team is making sure to include surprising elements and discoveries within each zone to keep players exploring.

Yoshida estimates that there will be around 1.5 times as much area to explore in Heavensward’s new zones — while there may be fewer zones, there will end up being just as much traversable area in Heavensward at launch as in A Realm Reborn.

He went on to explain that the development team is conscious of a gap between newer players and FFXIV veterans, and that they continue to look for ways to bridge content and help new Eorzeans transition into high-level content, eventually becoming veterans themselves.

Yoshida-san himself is an MMO veteran, and this has informed certain aspects of FFXIV’s design. An early inspiration was Ultima Online, which first opened his mind to the idea of players across the globe gathering in a virtual world to play together. The concept of PKs and PKKs also illustrated that while cooperation is fun, fighting against other players can be fun as well.

Yoshida has taken a particularly close look at large-scale PvP in other MMOs, like World of Warcraft’s Horde vs. Alliance scenario and Dark Age of Camelot’s Realm vs. Realm. He specifically wanted to avoid situations in which one group would have a distinct advantage over another, hence FFXIV’s Frontlines mode that sees three Grand Companies competing against one another.

Other MMO influences include public events from Warhammer, which saw further refinement in Guild Wars’ dynamic events. When they wanted to incorporate this kind of system into A Realm Reborn, Yoshida relayed to the dev team that they should have spontaneous live events that involve players who happen to be nearby. This eventually became the F.A.T.E. system, now a staple for FFXIV players of all levels.

Final Fantasy XIV features hours and hours of original content, but it’s not afraid to borrow from the series’ rich history, either.

“What we strive to achieve with FFXIV is like a Final Fantasy series theme park,” says Yoshida. “You have original attractions that have to be good, but we also want to incorporate elements that Final Fantasy players from any generation will recognize and be attracted to.”

The team is conscious of the series passionate fan base though, and they’re careful to respect any source material they implement into FFXIV:

“The relationship between Cloud and Sephiroth, for example, is very iconic to Final Fantasy fans. If we were to depict that in FFXIV, there’s a risk that Final Fantasy VII fans might see it and be shocked to see these characters behaving differently than they might have imagined. We don’t want to modify these characters’ stories — players have a strong affinity with them, and we want to respect that.”

Of course, the breadth of the Final Fantasy universe isn’t to be underestimated, and Yoshida doesn’t expect that he’ll run out of content to nod to in FFXIV:

“You might have noticed the Floating Continent in Heavensward, and I’ve always wanted to go to the moon (like in Final Fantasy IV). There are still many classic elements from Final Fantasy that we can incorporate, and we want to continue blending them into FFXIV for fans to enjoy.”

I seized this opportunity to request that Yoshida-san and team let us fight Kefka in the future. Everyone in the room laughed, which I hope means they’ll consider it!

Questions abound regarding how the new jobs in Heavensward will be implemented, since they don’t require a base class. Yoshida added some clarity when we asked for more details:

“We were actually recently deciding what to call these jobs that don’t have a base class, and we’ve decided to call them ‘Extra Jobs.’ Just like when you can switch to different jobs when you’re at level 30, that applies to these as well. As long as any class or job is at level 30, you’ll be able to access any of these three new jobs.”

Before meeting with Yoshida-san, we put out a call for questions on Twitter, and you responded in kind — thank you! Your questions, and Yoshida’s replies, follow:

@PlayStation Will we have to finish the main campaign or reach a certain level to access Heavensward's main content?

Editor’s Note: After publishing this story, we received clarification from Square Enix for this question. The updated answer follows, but we’ve left the original answer in the story for transparency’s sake.

Naoki Yoshida: You will have to already own A Realm Reborn, plus complete all of the main story quests up through Patch 2.55. After that, an introductory quest for Heavensward will become available; accepting that quest will then guide you through the gates of Ishgard. All of the job quests related to the new jobs will be in Ishgard as well, so the condition to access those will be the same. If a player had stopped playing around Patch 2.2 or 2.3, it would be best to revisit the A Realm Reborn main story quests to get back into the groove as you head towards Heavensward!

Original Answer: If you already own A Realm Reborn and you get Heavensward, you’ll be able to at least enter Ishgard. The new jobs added in Heavensward are not tied to the main story, so those are accessible as well. In terms of the story, if you want to enjoy the Heavensward story arc, since it’s tied to the upcoming 2.55 patch, it’s a prerequisite to have finished that content. If a player had stopped playing around patch 2.2 or 2.3, I’d recommend choosing one of the new jobs and leveling that up while catching up on the story, then transitioning into Heavensward.

@PlayStation What changes are going to be made to existing jobs? When can we expect the promised Benchmark? #FFXIV

Yoshida: It’s tricky to say, but there will be changes applied to each job. One common change is that the job quest will continue from where it left off starting around level 52, so you’ll obtain new skills, spells and weapon skills. So when you go into combat you’ll have a wider range of selection in what kinds of actions you can take during battle. For example, if you play as a DPS job and you learn a new skill or spell, you can implement that into the command set you have built, or build a new one from scratch and strategize how you can apply these new skills. With some of the boss characters in Heavensward, you actually can’t fight them using your older skills — they might require you to know new skills that are only available after the level cap has been raised. This will create an opportunity for players to get together with the community to strategize how to beat these monsters. It’s safe to assume that you’ll be experiencing a new gameplay experience with the raising of the level cap.

@PlayStation Will we see Ishgardians playing TT? Or will it be mostly traders/secretive in the areas since it's an "outsider" game? :D

Yoshida: It depends on how much dev time we allocate. In terms of Triple Triad, there will be 20 additional cards added in 3.0. Perhaps somebody in Ishgard is playing Triple Triad. Everyone’s been so focused on Triple Triad and Chocobo Racing that nobody’s doing the Hunt anymore!

@PlayStation what are the winning numbers for the next jumbo cactpot?

Yoshida: I participated and could have won first place… but I came in fifth. I was actually working that day, but rushed home to check the numbers thinking “I’m gonna win the jackpot!” but it turned out to be fifth place. But the winning numbers vary with each world. Only the Twelve know…

Quotations provided through an on-site translator. They have been edited for brevity and clarity.
final fantasy xivfinal fantasy xiv: heavenswardplaystation gamessquare-enix