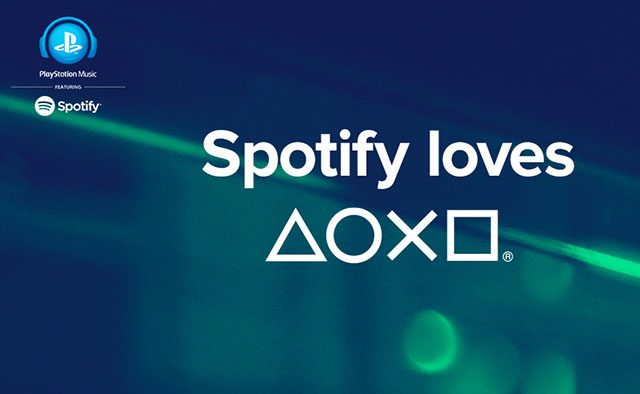 Hello everyone! I’m thrilled today to introduce a new music destination called PlayStation Music, with Spotify as the exclusive partner. We’ve partnered with our friends at Spotify to bring its award-winning digital music service to PlayStation Network this spring in 41 markets around the world.

We know how important music is to our community of gamers, and this partnership combines the best in music with the best in gaming. PlayStation Network users will enjoy the convenience of linking your accounts to Spotify, making it easy to sign-up with your existing ID and subscribe to Spotify’s Premium service. You can also use Spotify while playing games on PS4, enabling you to soundtrack your gaming sessions with your favorite songs in the background. Want something heavy and rocking for an intense Destiny Raid? How about some old school hip hop while taking the field in Madden NFL? With more than 30 million songs and 1.5 billion playlists, Spotify on PlayStation Music has it covered. As we get closer to launch we look forward to telling you about some of the other great features that will be available exclusively through Spotify on PlayStation Music.

The new service will launch initially on PS4 and PS3, as well as Xperia smartphones and tablets. You’ll of course be able to listen to your favorite playlists – including existing playlists from current Spotify users as well as Spotify curated playlists – and enjoy the service on all of Spotify’s supported devices.

Prior to the launch of Spotify on PlayStation Music, the Music Unlimited service will close in all 19 countries on March 29, 2015. Nearly all of these countries will be among the 41 markets where PlayStation Music featuring Spotify will be available at launch, including the U.S., Canada, Mexico and Brazil. From February 28, 2015, Music Unlimited users with active subscriptions will receive up to 30 days of free access through March 29, 2015.

Stay tuned to PlayStation.Blog for more details on PlayStation Music featuring Spotify, and in the meantime you can sign up for updates here.