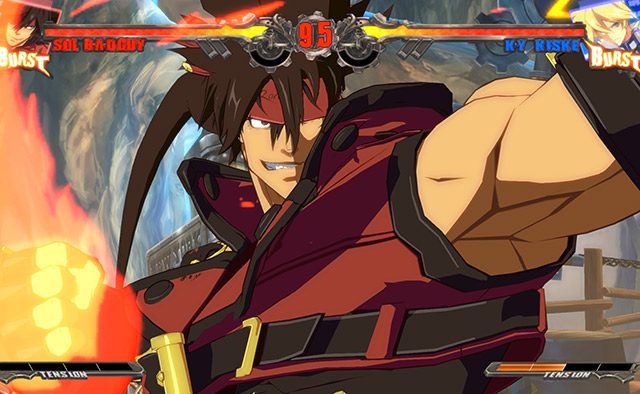 One of the most stylish fighters in gaming comes roaring back to PlayStation this week with an over-the-top whirlwind of special moves and supers. Guilty Gear Xrd -Sign- is coming. Let’s rock.

The latest Guilty Gear preserves the insane pace and combat mechanics of its predecessors while hitting the visuals with a lightning jolt of modern finesse. Xrd -Sign- marries 2D and 3D graphics together in a way few games do (and even fewer do with such aplomb). Anyone itching for a good fight this holiday (Who isn’t?) should look no further than what is sure to be a new era for the Guilty Gear series.

And that’s just the start. Loadout brings just about a billion different weapons to PS4 in a gory fragfest for shooter fans, and… holy smokes! Metal Gear Solid 4 has arrived on PlayStation Store!

For the full list of games coming to PlayStation this week, read on. And enjoy the Drop!

Guilty Gear Xrd -Sign-
PS4, PS3 — Digital, Retail
Now in glorious 3D, jaw-droppingly, gorgeous visuals combine with intense, heart-pounding action to create one of the greatest fighting games of the new generation! Experience the greatness of ARC System Works with Guilty Gear Xrd -SIGN- for PS4 and PS3.
Loadout
PS4 — Digital
Loadout is an outrageous new multiplayer shooter that’s all about the guns, baby! Build a massive variety of absolutely insane weaponry — billions of combinations — totally customized, totally unique, and totally deadly. The robust and modular Weaponcrafting system allows players to make their own weapons from a wide variety of weapon parts, and then modify their entire arsenal to suit their play style.
Metal Gear Solid 4: Guns of the Patriots
PS3 — Digital
Metal Gear Solid 4: Guns of the Patriots is set in a battle-scarred future where huge conglomerates fight for supremacy using armies of hand-picked mercenaries. This devastated world is seen through the battle-weary eyes of an older Solid Snake who has been charged with infiltrating a number of key locations across the globe.
Oddworld: Munch’s Oddysee HD
PS Vita — Digital
It’s up to you to help guide Munch in an effort to rescue fellow test creatures. These critters will be forever loyal to Munch and in turn enable his escape . Once free, Munch teams up with Abe and together they are guided by the wisdom of the Almighty Raisin.
Super Mega Baseball
PS4, PS3 — Digital (Cross Buy)
Hammer Longballo and a friendly cast of semi-athletic baseball stars invite you out to the ballpark for a blazing fast, ultra-responsive game of hardball. Super Mega Baseball is easy to learn, but you’ll want to master jumping, diving, wall-catches, power swings/throws and cut-off plays to prevail in season mode.
Tetris Ultimate
PS4 — Digital
The world’s most-loved puzzle game arrives on PS4. With fun new features, and unique visuals, the evolution of this iconic game is the ultimate must-have. In this fast-paced game of skills, you can take on the puzzle game solo, team up, or battle friends.