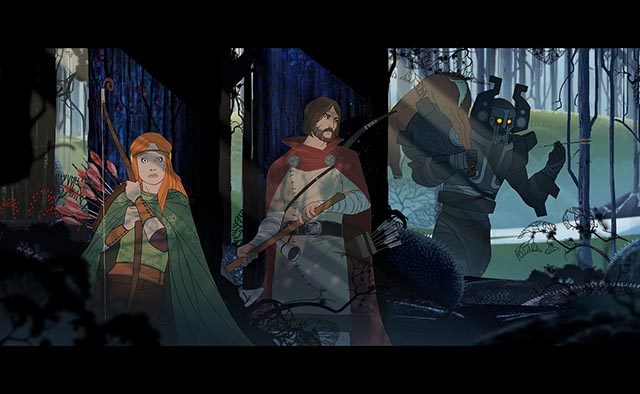 If you haven’t been hiding under a rock for the last 2-3 years, you’ll have noticed that there’s an underground movement in the world of video games: indies.

Versus Evil is an indie publisher who has been lucky enough to partner with several talented, passionate indie studios to help them launch their “babies” into the big, wide, rabid world of gamers. Yes, that’s YOU lot! We are beyond excited to tell you about a few games that will be coming to the PS4 in early 2015. Each one is unique in its own right.

This is just a really weird way to make a game, but it works! From the original game creators of Earthworm Jim and the Neverhood, comes a point and click adventure…wait for it… stop motion clay animation video game (Try and say that 10 times quickly!).

Supported by a quirky but quite mesmerizing original soundtrack from Terry Taylor, Armikrog will throw you into a rich, colorful world packed with lovable oddball characters and a lot of toilet humor.

The quality bar has been set! With several awards already under its belt and a second chapter already in the works, this indie hit is making its way to PS4. If you like turn based strategy games or Vikings (or both) and appreciate stunning, old-school style 2D animation, this is definitely worth checking out. It’s a classic and one that has made a mark in video game history already.

(Pronounced “Kin”) It’s hard to imagine that two guys from Holland put this tactical RPG together in just two years, by themselves! But they did, and it’s a big world of magic, colliding with Viking themes and hours upon hours of adventuring.

All I can say is: just be nice to the sheep.

From fledgling Brazilian indie studio Swordtales comes a dark fantasy adventure in which you have to guide a lonely child as she climbs the tower known as Toren. It’s a beautiful game with puzzles and treacherous enemies to defeat. Your inner “protective instincts” will certainly be played on as you help Moonchild survive the journey from baby to adolescent.

All four of these indies will be playable for the first time ever at PlayStation Experience in Las Vegas December 6th and 7th, so be one of the first to get hands on time with them at the Versus Evil booth — I3 and I4. That’s a capital “i” not a “l.” :)