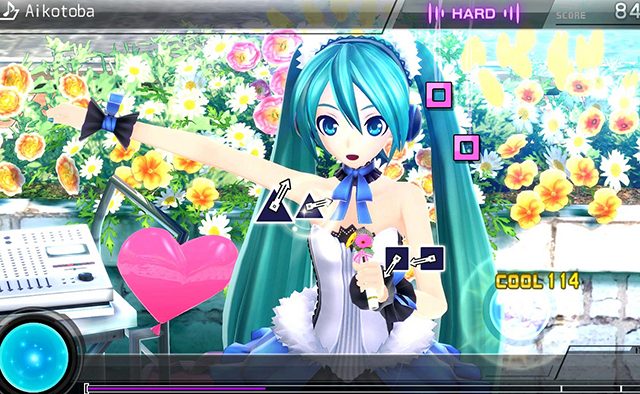 We released the first Project DIVA F title last year, and now we’re back with the release of its sequel, coming to stores on November 18th in packaged and digital formats in North America and Latin America, and on November 21st in Europe and the rest of the world. We released the first title last year to a strong fan response — we can’t thank you enough for being so supportive of this franchise here in the West.

For those of you who don’t know Hatsune Miku yet, she is the world’s most popular virtual singer and our Project DIVA rhythm game series lets you play along with her most iconic music on your PS3 and PS Vita. The game also offers a variety of game modes and customization options, because with Hatsune Miku it’s all about creativity, user-created content and great music.

If any of you out there are keeping tabs on Japan, you may be aware that they are having regular releases of post-launch downloadable content for the Japanese version of the game. I am happy to announce that we are going to be offering the same downloadable content to our Western fans. Yes, all the content that Japan has been getting, such as new costume modules like Rin and Len’s Alparkas and new rhythm game songs like Look This Way, Baby?, Aikotoba, and Sekiranum Graffiti – you’re all going to get that, too! We will be releasing content every two weeks or so for nearly six months straight!

There will be three types of downloadable content after launch for Project DIVA F 2nd:

Now I know there are a lot of Project DIVA mega-fans out there. I’ve met many of you on our tours around the US this year. So we’ve put together some special sales initiatives for those of you who just want it all. And there’s not even a line to stand in!

You’ll save more than 25% compared to individual purchases!

It all starts rolling out on PlayStation Store December 9th, 2014, with the first Costume Modules. This is the biggest DLC rollout SEGA has ever released; the amount of content here is staggering.

All the downloadable content is cross-buy enabled, so grabbing it on one platform gives you access to the same content on the other. So the choice is yours: Join the club and go all-in, or hand pick your favorite individual content.