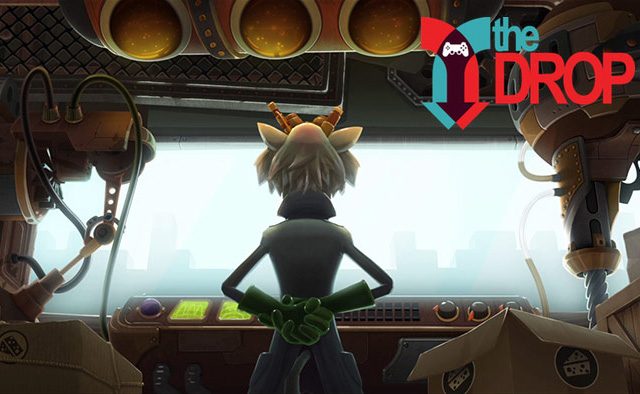 Classic platformers, adorable puzzles! Another serving of gaming tastiness arrives on PlayStation this week, including MouseCraft and Another World on PS4, PS3, and PS Vita.

In MouseCraft, help guide a host of mice through puzzles by using a variety of different blocks to change their path. Test your wits by completing 80 different levels across five locations, governed by a clever scoring system that welcomes casual players but still delivers a challenge.

And for those in need of a little nostalgia, the classic adventure Another World returns on PS4, PS3, and PS Vita following its 20 year anniversary! The cult classic enjoys HD remastered visuals, enhanced sound, and three difficulty modes. Players that missed out on the original from 1991 have an excellent way to experience a gaming classic right here on PlayStation.

For a complete list of games launching this week, read on — and enjoy the Drop!

Another World 20th Anniversary Edition
PS4, PS3, PS Vita — Digital (Three-way Cross Buy)
Also known as Out Of This World, Another World is a pioneer action/platformer that released across more than a dozen platforms since its debut in 1991. Along the years, Another World has attained cult status among critics and sophisticated gamers alike.
Le Tour De France — Season 2014
PS3 — Digital
Take control of cycling’s greatest champions and compete in the 21 official stages of a Tour de France 2014, full of new features! Sprint, control your endurance, and give orders to your teammates to achieve your objectives, in solo play or with a friend.
MouseCraft
PS4, PS3, PS Vita — Digital (Three-way Cross Buy)
Discover an epic tale of a crazy cat scientist who is striving to unlock the potential of a mysterious mouse-powered machine in this clever puzzle adventure. In MouseCraft, players help a group of mice in their relentless quest for cheese, guiding them to their goal by stacking different types of Tetrominos along their path.
One Piece Unlimited World Red
PS3 — Digital, Retail
The New World and its fierce challenges await Luffy and his Straw Hat Crew. In One Piece Unlimited World Red, players will live the complete Pirate adventure thanks to fun-filled escapades, action-packed battles, and powerful allies in a whole new never-before-seen scenario.
Sacra Terra : Kiss of Death
PS3 — Digital
There exists love so strong, it can overcome the most powerful evil. In Sacra Terra: Kiss of Death, this love is born in the heart of a woman who sets out to rescue her fiancé from a supernatural force that feeds on human suffering. Guide her as she explores visually stunning mystical dimensions in a bid to reunite other lovers and weaken the grip of the entity.