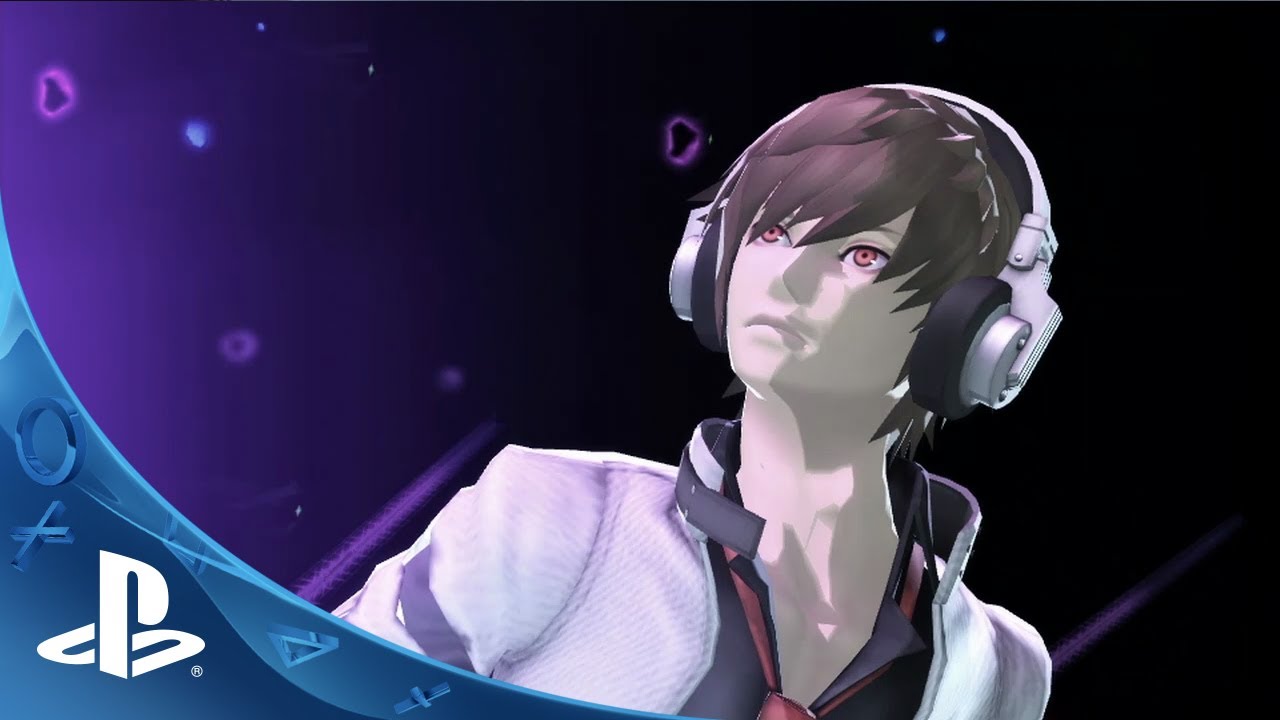 It’s my distinct honor to bring you more information regarding one of the biggest PS Vita titles you’ll see this year – Freedom Wars! The futuristic action game launched last week in Japan, so we wanted to bring a few more details to our North American “Prisoners.”

Those who were able to visit the PlayStation booth at E3 might have had a chance to play our multiplayer co-operative demo – thanks to all who stopped by! I saw a lot of expert thorn-wielders soaring across the skies of the Panopticon, sawing Abductors apart and saving civilians to decrease their 1 million year sentence of penal servitude, and I must say, I was very impressed. However, the one recurring question I continue to hear from the community is – “How’s the story?” Well, let’s take a peek:

Freedom Wars promises intense co-op action with a captivating storyline. I’d like to leave you today with a message from our Japan Studio Producer, Junichi Yoshizawa. Yoshizawa-san has been tirelessly promoting Freedom Wars throughout Japan across the past few months, so I asked him to share a few words with the community:

Last week, we were finally able to release Freedom Wars in Japan. To celebrate the successful launch, I wanted to take a moment to write a message to our eager fans in North America.

Freedom Wars is a title I created to realize a dream of mine. My vision was to develop a PS Vita game that took advantage of the handheld system’s unique features, enabling gamers to come together via ad-hoc and Wi-Fi to overcome terrifying enemies. PlayStation has a storied legacy of creating innovative experiences and our collective goal was to create a Vita game that brought gamers together in a socially connected, location-based, co-op experience.

In order to do that, I gathered a number of well-known developers with an impressive pedigree for creating some of Japan’s most beloved titles – developers Shift and Dimps. These two developers both produce high-quality, interesting titles, but in this case I wanted to utilize both of their strengths, so I asked Shift to be in charge of game design, character design and story, while Dimps handled programming, graphics and direction.

The collaboration between these two developers has been wonderful and the “Freedom Wars” that they have helped create has three distinct strengths:

The first is the outrageous world and story, where prisoners are bound by 1 million years of penal servitude for the sin of “living” and need to fight for their freedom.

The second is a new game where the goal isn’t to just defeat your enemy, but to save people from your defeated enemies and create a multiplayer experience where you can clearly divide up responsibilities among your teammates.

The third is a ranked competition where players can contribute to the areas they actually live in and battle on behalf of their own “city state.”

With the coordination of each of these pillars, we created Freedom Wars – a testament to our collective vision of delivering a frenetic, co-op action game that we believe will please the Western community when it launches later this year.