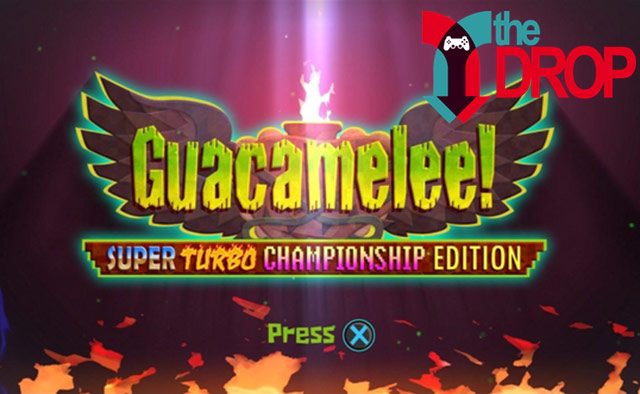 ¡Vamanos! Juan and Tostada face off against the terrible Carlos Calaca and his gang of minions in the latest game to join the PlayStation library. Guacamelee! Super Turbo Championship Edition arrives on PS4 this Tuesday. Prepare your luchador mask.

Guacamelee on PS4 features an ample supply of new content, including additional stages, enemies, abilities, and chicken egg bombs. The developers at DrinkBox have also added a new boss to the mix — El Trio, a three-headed skeleton in charge of assembling Carlos Calaca’s undead army.

But that’s not all, luchadors. Sniper Elite 3 also hits PlayStation this week on PS4 and PS3. It’s 1942 North Africa. Germany is building a weapon to crush the Allied forces. As a skilled soldier, observe terrain, plan out attacks, and execute the perfect shot in massive, dynamic environments rife with long-range opportunity.

There’s more coming to PlayStation this week, so read on for the complete list — and enjoy the Drop!

Child of Light PS Vita
PS Vita — Digital (Already Available on PS4, PS3)
Envisioned as a “Playable Poem” by its creators, Child of Light is a modern reimagining of our childhood fairy tales. Set in the magical world of Lemuria, it takes us on the coming-of-age journey of Aurora, a young girl struggling to save a lost kingdom and her ailing father.
ConstantC
PS3 — Digital
In a distant future, a scientific research station has an accident, and time inside the space station has been completely suspended. Players play a Crisis Rescue Robot equipped with a rotating gravity remote and an ability to make time re-flow locally. In order to prevent enlargement, the player must pass various challenges to repair the space station.
Dynasty Warriors: Gundam Reborn
PS3 — Digital
Gundam comes to life in the classic Dynasty Warriors series like never before. Experience the thrill of reliving your favorite epic battles from the Gundam Universe in massive battlefields with hundreds of opponents. Features more than 100 playable Mobile Suits and thrilling story episodes for each series represented.
Guacamelee! Super Turbo Championship Edition
PS4 — Digital
Guacamelee! Super Turbo Championship Edition is a Metroidvania-style action-platformer set in a magical world inspired by traditional Mexican culture and folklore. Get ready for non-stop fighting action with an extensive move list, including “Intenso” and The Rooster Uppercut. Includes new elite-class enemies, vibrant costumes, and more.
Puddle
PS4 — Digital, Cross Buy (Already Available on PS3, PS Vita)
Dive into Puddle, a physics game unlike any other where you have to guide a puddle of fluid by tilting the environment to the left or right. Play carefully, taking friction, gravity, and temperature into account, and by using the unique properties of each type of fluid in a range of environments.
Sniper Elite 3
PS4, PS3 — Digital, Retail
North Africa, 1942. Germany plans to build a wonder weapon with the power to crush the Allied forces in its path. Sabotage their plans or the resistance is over. Stalk the shadows in silence or go loud in the blink of an eye. Relocate away from danger and hunt on your own terms in expansive, non-linear levels, with more choice and longer shots than ever before.