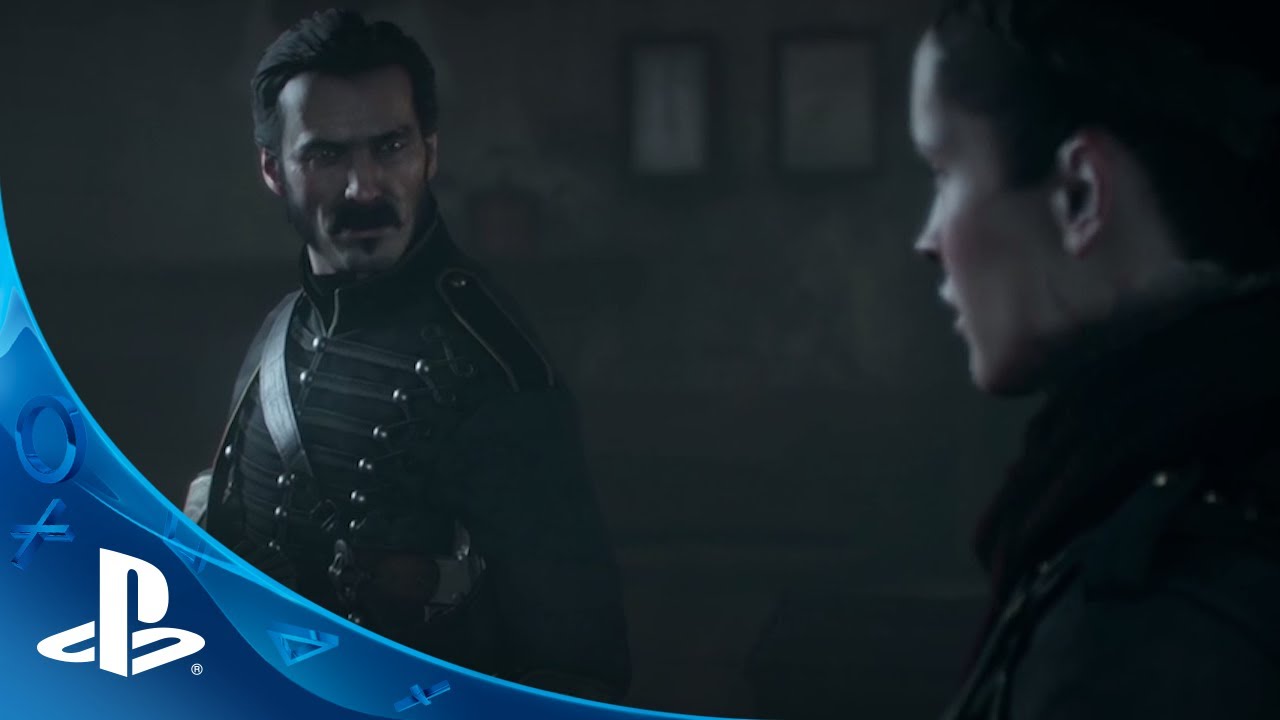 Sir Galahad stands with his back against a pillar, gunfire peppering his cover from the balcony above. I blink. For a moment, I’ve forgotten that The Order: 1886 on PS4 is running in front of me, and control has already shifted back to the DualShock 4 in my hands. There is no camera crew following the brave knight through the besieged streets of London. There is only the highly cinematic third-person shooter that Ready At Dawn Studios has crafted from its own interpretation of Arthurian lore.

Dozens of details contribute to The Order’s palpable realness. Every action taken and word spoken has been captured by actors. Coats flutter as the knights stride down alleyways and through dimly lit houses. Lamps collect dirt and flicker on countertops, nearly forgotten. Dogs bark in the distance between the sound of combat. The Order: 1886 puts the player squarely in the center of this conflict.

As Galahad moves through London in an effort to suppress threats to the crown, many of his actions are interactive. Players can snatch up a discarded map and turn it over with care, or defend a downed constable as Galahad’s ally Lafayette drags the wounded man to safety. These interactive cinematics marry the rich narrative of The Order with raw play, enabling players to participate in the story more actively. To support this, every cutscene plays “in engine,” softening the transition between story sections and combat.

That combat is infused with the same immediacy and intensity found in The Order’s environments. Ready At Dawn recently unveiled the Thermite Rifle, which fires thermite shards and floods an enemy’s position with smoke. Using R1, players can then fire off a flare to ignite the payload and burn the unfortunate rebels standing nearby. The resulting fireworks are a spectacle in every sense of the word, and players can even spread the flames further by firing additional rounds, tracing a path of carnage.

Of course the rebels won’t go down without a fight, stubbornly holding against Galahad and his company with their own assortment of firearms. A nice touch: Galahad will move into cover intelligently without any need for additional player input, so players can focus more on their offensive options as opposed to struggling with defense.

But with a minimalistic HUD and lifelike characters dominating the screen, it’s easy to imagine an actual camera crew following Galahad down the streets of London, ducking along with him as the knight crushes the insurrection.

The Order: 1886 launches exclusively for PS4 next year.