Why DRIVECLUB Could be the Most Realistic Sounding Racing Game Ever 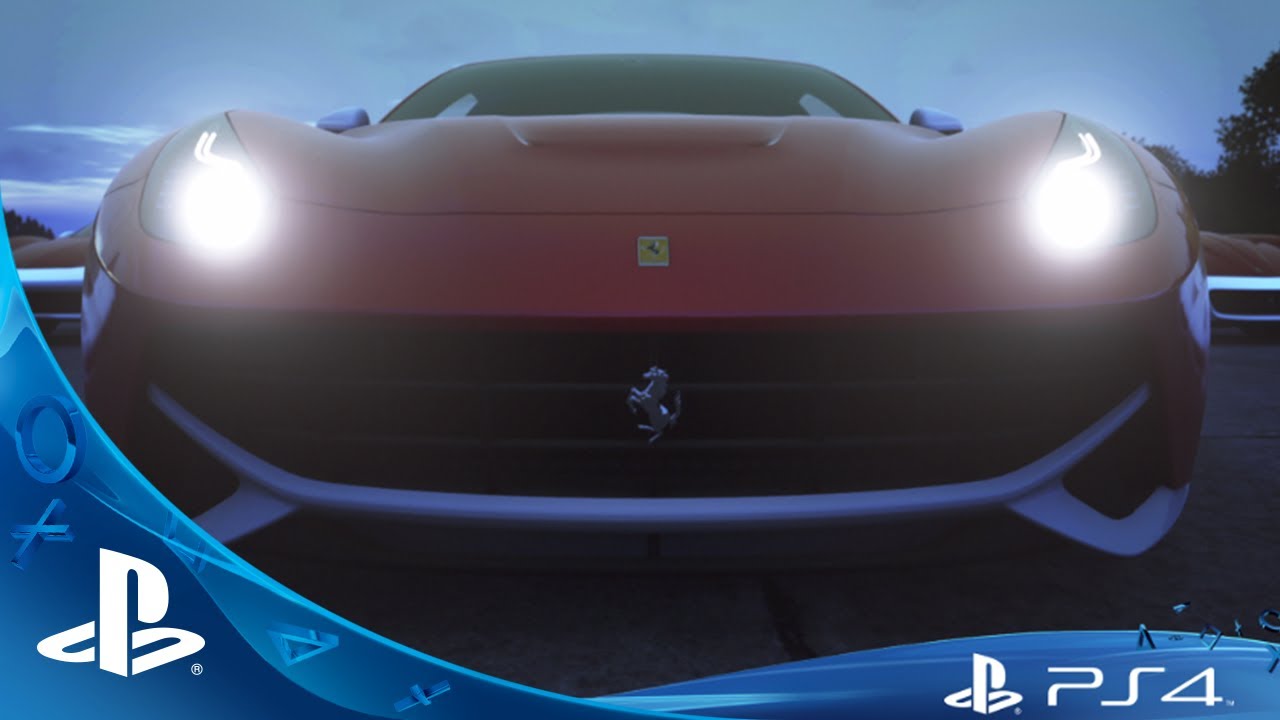 If you’ve been keeping track of our recent DRIVECLUB videos – in particular the 4TheSense clip above – you should hopefully have twigged that developer Evolution Studios is hell-bent on delivering the most technically sophisticated console driving game on the market. Its visuals and gameplay systems obviously play a huge part in achieving that goal, but there’s another, less-trumpeted area in which the team are achieving some extraordinary things: audio.

Squirreled away in a corner of the sprawling Evolution complex outside Runcorn in the north of England, Audio Manager Alan McDermott and his team have been hard at work building an enormous library of sound effects for the forthcoming PS4 racer. And unlike most games in the genre, every single one of them is 100% bespoke.

“We did initially look and see if we could buy samples in, and approached manufacturers,” McDermott tells me. “But it just wasn’t good enough for us to do what we wanted to do.”

Instead, his team has spent the last two and a half year travelling the globe painstakingly recording the sounds of every single car featured in the game.

“We’ve been chasing these cars around the world,” he says. “There aren’t that many Pagani Huayras available. They don’t just send them out on a whim. It’s in Japan on a Wednesday, it’ll be in Italy on Saturday… we chased them. We’ve gone all out.”

And when they did track a car down, it wasn’t just a matter of sticking a mic in the exhaust pipe and pressing record. Evolution has gone to unprecedented lengths to capture a complete picture of what these machines sound like.

“We wanted to bring the engines to life. There’s a lot of competition out there that has already set the bar for us. We knew how good we had to be and that we had our work cut out. We didn’t want to be the same as our competitors – we wanted to take it a step further. It has consumed us completely for the last two and a half years.

“A lot of the time with simulation car games, the developer will record a set of samples and then that’s it,” he continues. “They use those samples for both internal and external sounds. We didn’t do that. We recorded bespoke samples for everything – exhaust, engine, cockpit… We had a surround sound mic in the cockpit, which could be awkward as most of these cars don’t have much room in there!”

Indeed, the results are remarkable. Pan around a stationary car gunning its engine and the sound it make changes with your position. As shown in the video above, the engine noise reacts accordingly depending on whether you have an in-car view or have chosen a third person perspective. Go through a tunnel or leave the road and the sound your car makes changes in step with the immediate environment.

Don’t take my word for it though.

“BMW and Mercedes actually called us up and asked if we’d be happy to give them a copy of our recordings to replace their own versions,” says Alan with a grin. “That felt pretty good!”

“I’m fairly confident in saying we possess the most high fidelity recordings of these cars in existence. That’s something I’m really happy about.”

“So what?” some of you may ask. What difference does a few pitch perfect engine roars really make to how much fun you’re going to have with the game?

“It’s what makes you feel connected to the road,” argues McDermott. “Coupled with the physics and the handling, I’d say the audio is one the most important aspects of the experience. If the audio sounds wrong it breaks the entire experience. The whole connected experience goes right through from physics to audio.”

“Maybe not everyone will notice everything we’ve done, but we’re obsessive about this stuff and we go the extra mile for the small percentage of people who will notice.”

You’ll have to wait until October to find out for yourself, but in the meantime check out the exclusive sound clips below which demonstrate the painstaking attention to detail of the audio guys at Evolution.

First up, this is the sound of a real Ferrari 458 Italia:

Secondly, here’s the Ferrari 458 as heard in-game (note from Alan: “There are still improvements to make, but what you’re hearing is a true representation of pre-beta in-game audio. We’re still working on various elements such as the gear changes. It’s only going to get better!”):

Finally, here’s another in-game clip, this one of a mystery car. Would any enthusiasts out there care to hazard a guess at what car it is? We’ll reveal all later this week: