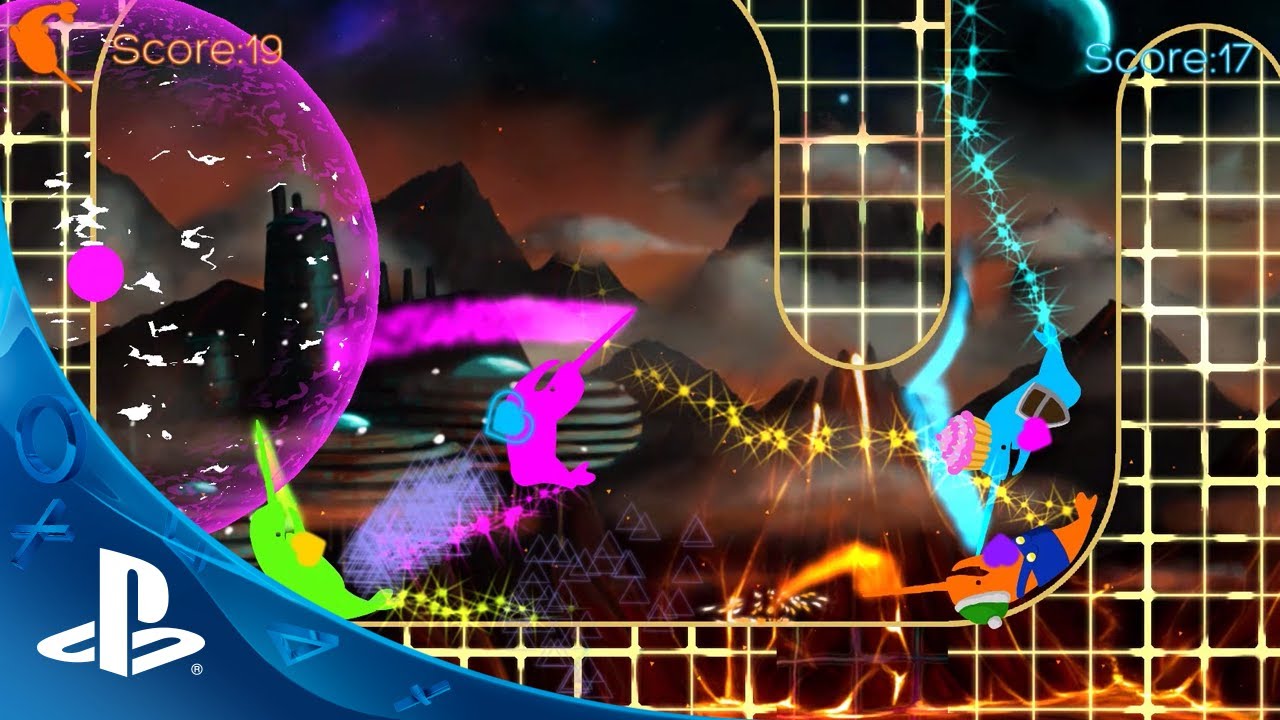 It took well until adulthood to see the creation of the development superforce now known as Breakfall, but we build games on the basis of certain shared common experiences. It was true for the whole team that games were a huge part of our everyday lives as we grew up. Games were a primary source of entertainment, but we also share the common experience of using games as a focal point for our young, proto-nerd social lives.

Whether it was as kids whispering the latest videogame tricks in the playground, or elbowing each other on a sofa during multiplayer mayhem after school, the core idea is that games have always been a great way to bring people together.

For Breakfall’s latest game, Starwhal: Just the Tip, we tapped into our love of a number of game design paradigms (because now that we’re mostly grown up nerds, we like fancy words sometimes). Ideas like elegance in mechanics, simplicity in design, hard-hitting, impactful feel, and — naturally — burrito-wrapped narwhals in space, all feature prominently. But the drive to continue to develop Starwhal, and the number one principle we come back to over and over, is that this game brings people together to have fun.

Starwhal is a vehicle for that sort of experience we all cherished with our friends where the mood oscillates between giddy laughter and serious competition. Starwhal is superficially silly and narratively vacant, but somehow something so much deeper when you get a group of people wrangling space mammals in mortal combat. It’s easy to understand what’s going on, the rules are simple, but the whole thing is just weird enough that it throws everyone on to the same bizarre, but level, playing field. 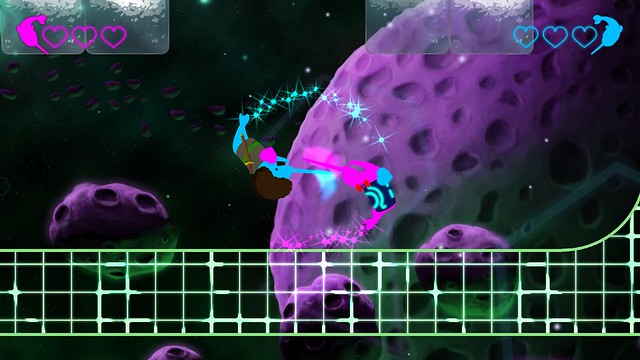 The game mechanics and controls in Starwhal are not complex — navigate your narwhal to tag your opponent’s heart and protect your own. Of course, the narwhals themselves wiggle all over the place in spastic fits of salty marine protest, but therein lies at least half the fun.

Before players can hope to be effective, they have the added challenge of taming their own avatar. Points will be scored, but it’s all a very haphazard process during those first moments when players seem to endlessly ask “What the heck am I playing?!” Soon enough, though, the controls do give way an understanding of the narwhals’ range of precision as they soar through exotic locales in the deepest reaches of outer space.

With every new group you can almost see the light bulbs appearing above the heads of each individual (though we like to think of it as horns getting their sparkles) as the control system clicks. “I can control this hot mess of neon.” And that’s when it’s game on. It’s great for the team when we get to witness these moments, because they almost always come with an enormous, goofy grin. We think it’s this weird blend of floppy hijinx, simple play mechanics, and competitive balance that has made Starwhal become a regular name at parties and tournaments. 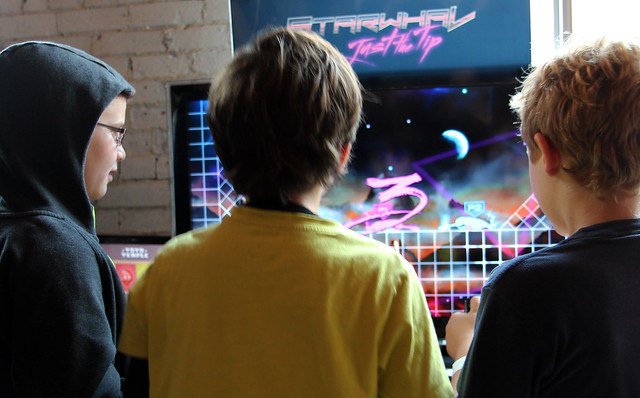 Starwhal thrives on show floors and gatherings of friends. It’s a fundamentally communal game, and we hope to bring more people in as we get ready to release a feature-packed new version for you to enjoy with your friends. Whether you’re a newcomer on board this party boat or if you’ve been with us since the Kickstarter (or even earlier), we’re excited to share all the improvements with you — features like Challenge Mode, the competitive Versus Modes, and enough neon to blind a space-pirate.

And of course, if we ever see you, be sure to receive your 100% FREE high-five from any team member. Thanks for all the support, and look forward to our upcoming console debut on PS4 and PS3.