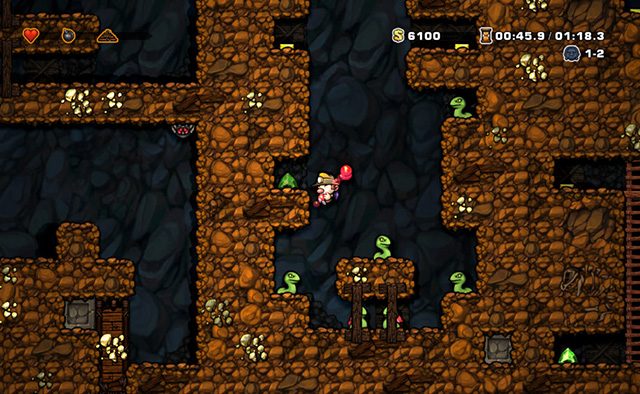 Hello, past, present, and future Spelunky fans! I’ll keep it short and simple: Spelunky is coming to PS4!

We’re once again teaming up with BlitWorks, who did a great job on bringing the game to PS3 and PS Vita. For PS4, we want to do even more — like bump up the graphics to 1080p, let players upload replays to the leaderboards, add more social features to the Daily Challenge, and otherwise take advantage of the PS4’s unique hardware.

I attribute a lot of Spelunky’s success to sharing and streaming, and since the PS4 is built in great part around those ideas, we want to make sure that we do everything we can to support that culture! Let us know in the comments if there’s anything else you’d like to see us add.

If you already bought Spelunky on PS3 and Vita, thank you so much! You’ll also own the game on PS4 when it comes out, since we’re including it as part of cross buy. But if you don’t have it on console yet, the PS4 version launch would be a great time to see what it’s all about, since you’ll also get the game on PS3 and PS Vita!