Jamestown Plus Coming to PS4 This Summer 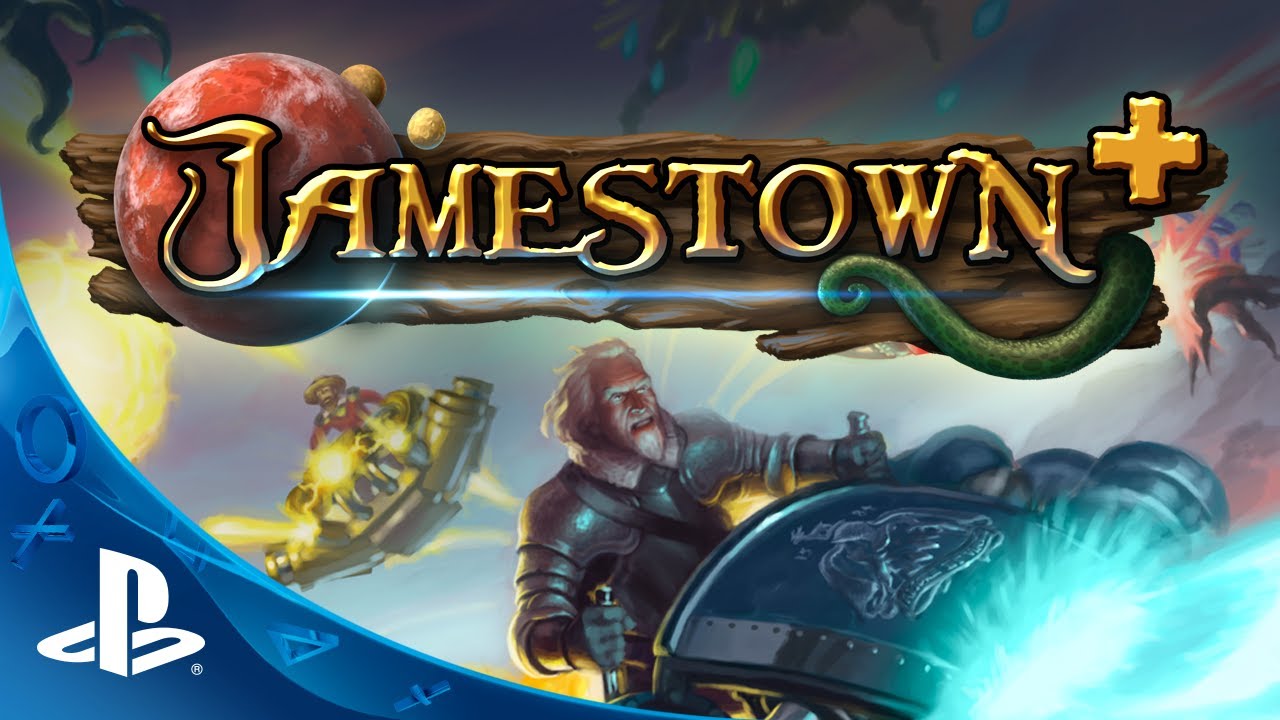 After playing a round of Jamestown, it’s probably not surprising to hear that Final Form Games is run by two brothers who grew up playing video games in the early 90’s. We spent our Summers plugging quarters into Street Fighter II in the arcades, and our Saturday mornings sitting on the couch, playing games together.

But as fond as those memories may be, many of the games that featured the word “co-op” on the box (or arcade cabinet) during that era were a real let-down for us. Simultaneous play is not necessarily cooperative, and co-op has come a long way since arcade ruled the Earth. We’re living in a post-Left 4 Dead, post-Rock Band world, and sometime in 2009, we decided to stop waiting for someone else to apply a few of the many design innovations of the past twenty years to the humble shoot-em-up genre.

So we roped in our friend Hal, hung up a shingle, and set out to make the co-op games we used to dream about as kids. We started with a project called Jamestown.

Of course, our dream was to release Jamestown on consoles, but 2009 was a different time and we simply couldn’t swing it with our small team and limited resources. So we did the only thing we could: we poured everything we had into making 4-player co-op on the PC feel as close to console gaming as we possibly could.

After releasing the game in 2011, we made the happy discovery that many gamers on the PC, Mac, and Linux were excited to play a game like ours on their personal computer… but we never really shook the feeling that Jamestown was a console game that we happened to release on the PC first.

A lot can happen in five years. With this latest generation of hardware, it’s more viable than ever to develop console games as an indie developer. In the wake of the original game’s critical success, and with a ton of encouragement and support from the nice folks at PlayStation, we’ve decided the time is right to finally bring Jamestown to console.

We’re calling it Jamestown Plus, and you’ll be able to play it on your PS4 this Summer.

Jamestown Plus will contain the entire original experience, but we’re also hard at work on a lot of cool new content to celebrate the console release:

We want Jamestown Plus to be the definitive, be-all, end-all, director’s cut, remastered, extended edition of the game. When the three of us sat down to make a co-op shoot-em-up back in 2009, it was always our hope that one day we would bring it to console. This Summer, that dream finally becomes a reality.

If you’re new to Jamestown, we hope you check it out on PS4, and enjoy playing it as much as we do! And if you played the original: thank you. We hope the next chapter will have been worth the wait.