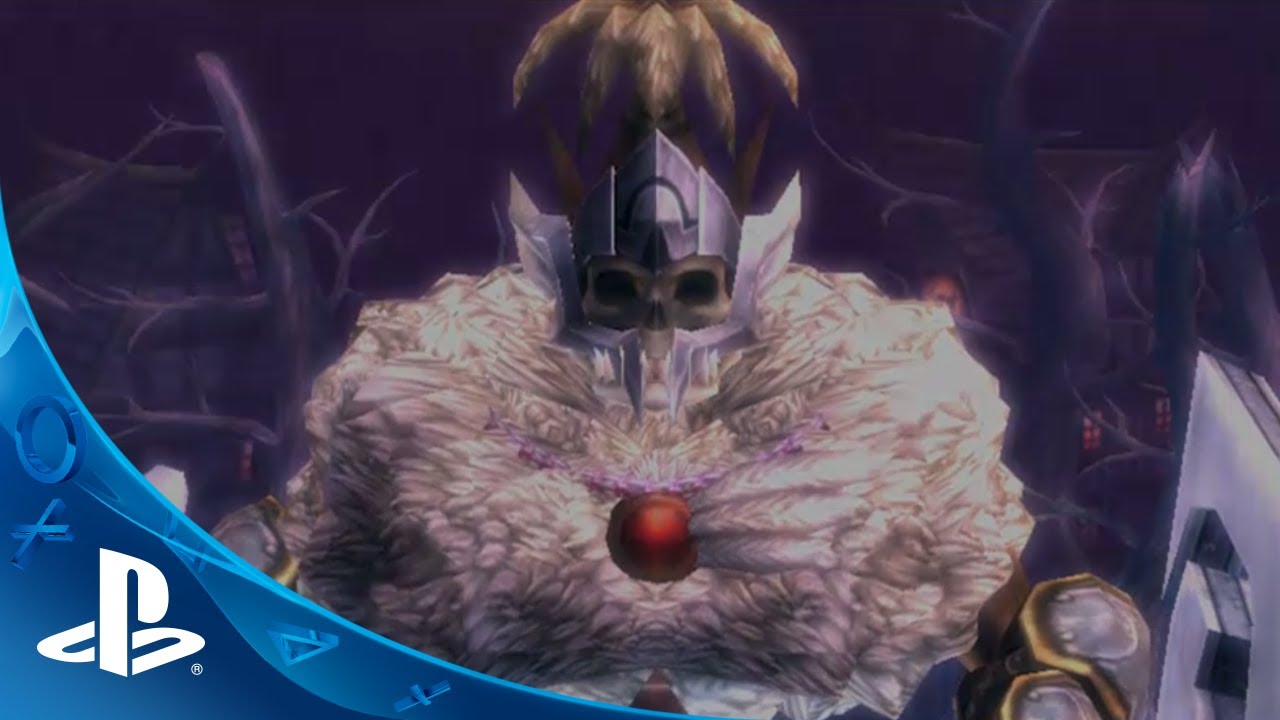 Ragnarok Odyssey ACE on PS3 and PS Vita is a game about slaying giants, and now that we’re finally at launch, some of us feel like we’ve fought one ourselves!

Not just because it’s a large game, although it certainly is. ACE is a massively expanded version of the original Ragnarok Odyssey, with enough new content to make it about twice the size this time around. The most prominent new feature is a 400-story tower, with enough monsters and new story content to fill it; you’ll see that once you reach the original game’s ending, which is now the new game’s midpoint. Throughout the game, you’ll also discover new character skills, new weapon types, new NPC sidekicks, and a slew of other new features and conveniences.

ACE is the first Ragnarok Odyssey game to appear on PS3 as well as PSVita, with readily available cross play (for up to four players) and cross saving between the two. The game also allows players to import their save data from the original Ragnarok Odyssey, bringing over their character’s name, appearance, and cards (except for any cards equipped on their outfit or acquired through NEAR) for a new trip through the expanded game.

The game’s developers, GameArts and GungHo, had to rewrite much of their infrastructure just to make those features possible (which is one of several reasons why ACE couldn’t have been a regular DLC pack). On our end, making all those features available in North America has involved extensive QA, bulk data entry, and working side by side with PlayStation every step of the way. (On that note, thanks to everybody on the PlayStation team who helped us through the process!)

At launch, you’ll see a dozen different available downloadable packs in the ACE section of PlayStation Store. Seven of those packs are costume pieces from the original Ragnarok Odyssey; if you’ve played the original, and you already own one or more of those packs, you’ll be able to re-download those same packs you already own for free in the new game*, as a “thank you” for coming back. (Newcomers can pick up those seven packs for $0.99 per pack.)

There are also five other packs available at launch: two extensive collections of musical tracks (both free forever), a collection of costume pieces from Grandia (also free forever), and two other costume downloads, the Royal Ball Outfit Set and the Gorgeous Headwear Set, both of which will be free for the first two months as a bonus to early adopters.

We’re on schedule to release three or four packs of absolutely free DLC every week from the start of April until the start of June. Each of those weekly releases will include one set of licensed costumes from various other games, plus two or three other goodies, such as other costume pieces or special quests.

All those things together have built up to a fair-sized mountain of a project — at least by the standards of a small company like ours — but we’ve only got a little time for a breather before the next step comes our way. Very soon, we’ll be working with the developers and PlayStation to bring you a major content patch for ACE, which will include new server-based quests, daily login bonuses, leaderboards, a new boss rush mode called Prison of the Gods, and a variety of other features, most of which will be accessible from the Norn Exchange in-game.

We’d like to thank new fans and those returning for checking the game out, and we hope you enjoy all the shiny new features and hefty new content. Ragnarok Odyssey ACE debuts today, in both physical and digital form, for PS3 ($39.99) and PS Vita ($34.99 for digital, $39.99 for the first print-run Launch Edition physical version — which includes a nice soundtrack CD). Happy hunting!

*We’d like to clarify previously released information regarding the seven costume packs from the original game: Each of those seven packs is only free if a player already owns the original game’s version of that specific pack. Our apologies the information was not clear when we initially announced it.