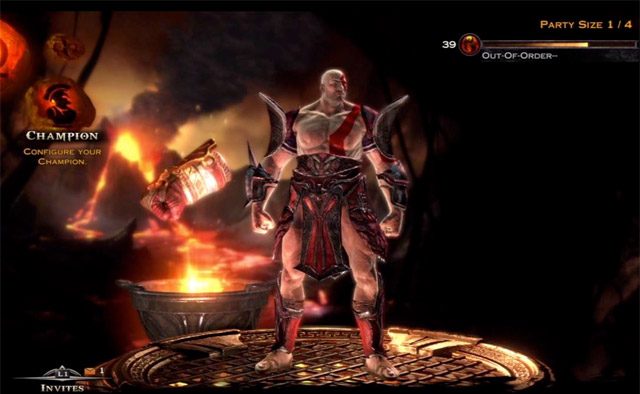 This month, we are celebrating the one-year anniversary of God of War: Ascension in such epic fashion that even the gods of Olympus are impressed. At Santa Monica Studio, the players come first in every decision we make. We have supported God of War: Ascension Multiplayer since its release on March 12, 2013, as a result of the unrelenting passion and everlasting “fire” you have poured into the battlefield since day one.

Now it’s our turn to truly say Thank You, from the bottom of our hearts, to every Champion who has picked up the controller to experience God of War: Ascension. In celebration of the God of War community and this one-year Ascension milestone, we have a few significant gifts to honor you. Get em all!

Starting right now, you have one week to get every single multiplayer DLC weapon and armor pack for free. Complete your DLC collection!

Play as the Marked One in Multiplayer

Ever dreamed of slaying your enemies as “The Marked One”? (You know who we’re talking about.) This is your one and only chance to get our exclusive anniversary in-game mark. We have also designed a very special Santa Monica Studio cape to make you the ultimate “Marked One” bad-ass, surprise!

Participate in our official forum thread right here to get the mark and the cape, FREE. This is the only time we will ever make it available, ever.

In conjunction with our FREE DLC event, we have dropped all XP Booster prices by 50% to help you ascend faster than ever to Ascension status.

This is an anniversary celebration worthy of our champions. It’s our way of saying THANK YOU and we hope to see the Ascension Multiplayer battlefields continue to thrive with your passion.

One last final recognition. The following Power Rankings represent the top players since the game released. These are truly the best of the best, at least as of today. Take ’em down, Champions!

Keep following us @SonySantaMonica for 24/7 updates, and GodofWar.com for the latest news on our upcoming PS Vita versions of God of War 1 & 2.